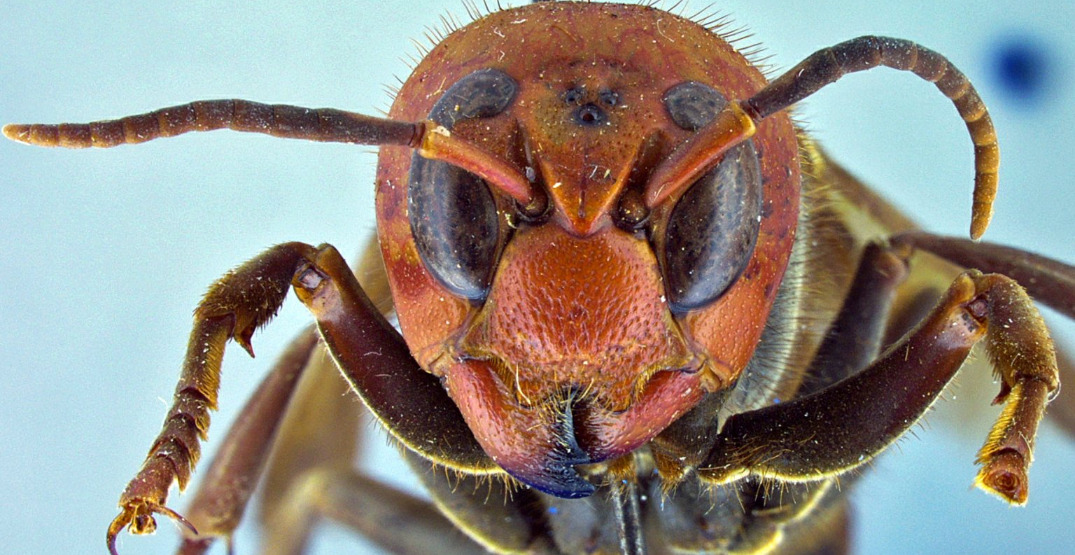 Good news for bug lovers, and bad news for everyone else: the first giant Asian hornet sighting of 2021 has been reported, and it was very close to home.

The Washington State Department of Agriculture (WSDA) confirmed the sighting.

A report was submitted by a Whatcom County resident on August 11, and WSDA entomologists reviewed and confirmed the report.

These giant hornets are particularly aggressive.

“This hornet is exhibiting the same behavior we saw last year – attacking paper wasp nests,” Sven Spichiger, WSDA managing entomologist, said in a statement. “If you have paper wasp nests on your property and live in the area, keep an eye on them and report any Asian giant hornets you see. Note the direction they fly off to as well.”

The WSDA will be setting live traps in the area to try to catch one of these hornets live, with the intention of tagging it. They will want to track the hornet back to its nest.

WSDA officials note that the BC government will likely follow suit, setting additional traps in Canada, as the detection was a mere half mile from the US/Canadian border.

These hornets are an invasive pest not native to the US or Canada.

According to the WSDA, Asian giant hornets can kill an entire honey bee hive in just hours.