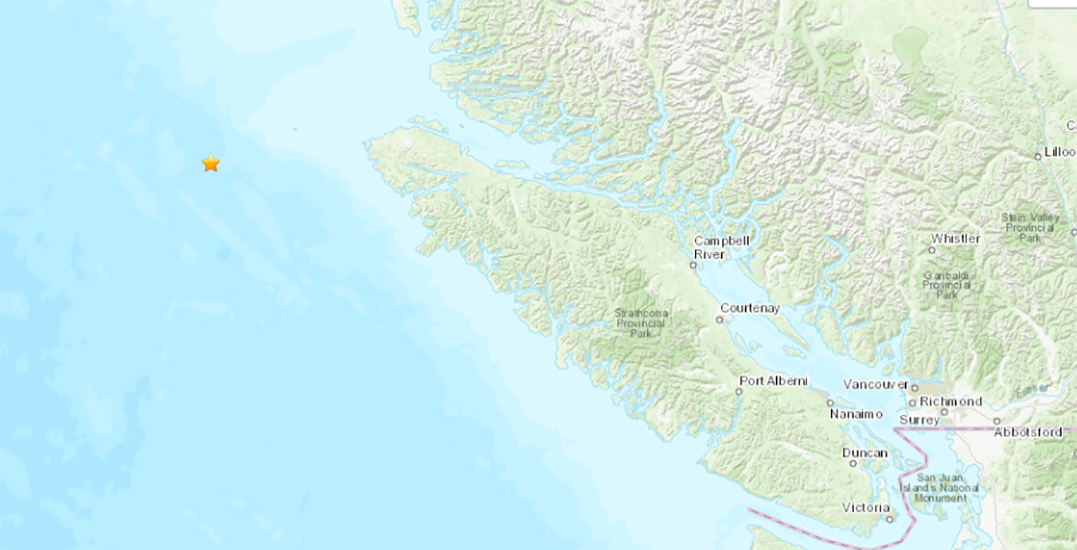 Three earthquakes have now hit the coast of British Columbia, all within the span of three hours.

Now, at 11:49 am PST, a magnitude 6.0 earthquake has struck the coast of Vancouver Island.

The US Geological Survey says that the third quake had an epicentre 170 km west of Port Hardy, and 332 km west-northwest of Tofino.

Similar to this morning’s quakes, the depth of the earthquake was 10 km. A tsunami is also not expected.