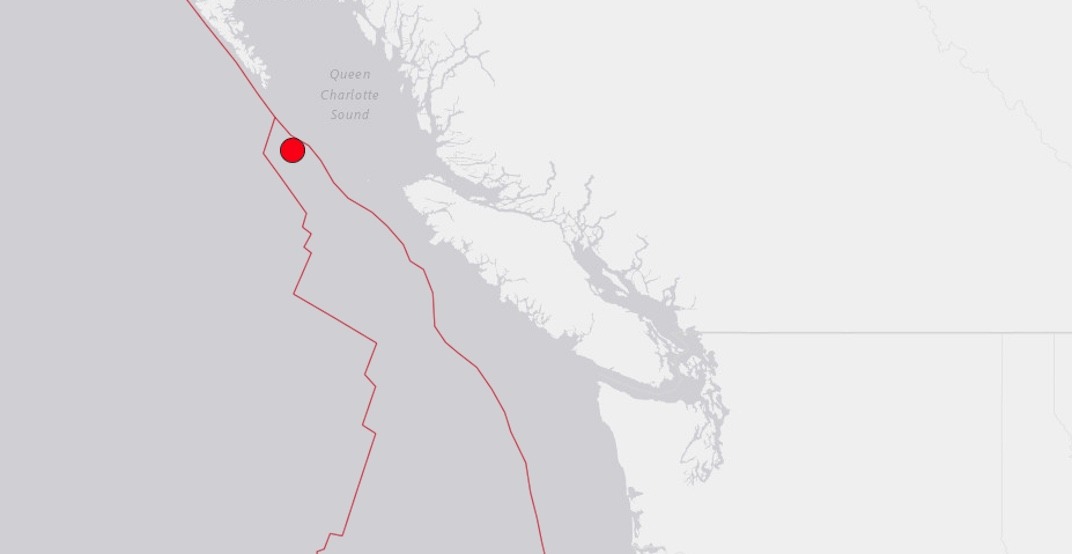 A magnitude 6.2 earthquake struck the coast of British Columbia late this evening, according to the US Geological Survey.

The powerful seismic event at 9:30 pm PST Wednesday had an epicentre 340 km south-southwest of Kitimat, in an area of ocean between northern Vancouver Island and Haida Gwaii.

No tsunami threat to #BC https://t.co/6fAq6cxfmy

Thousands of earthquakes occur in the province every year, but only a small fraction have a magnitude of 3.0 and over. This was the most powerful earthquake in BC since October 21, 2018, when an unusual trio of major earthquakes struck within the span of an hour with magnitudes of 6.5, 6.6, and 6.8 — all in the same area off the northern coast of Vancouver Island.

Fortunately, the epicentre of this evening’s earthquake was over 600 kms from Victoria and Vancouver.

Contrast Wednesday’s BC seismic event with the 2001 Washington State Nisqually magnitude 6.8 earthquake, which had an epicentre in southern Puget Sound in an area only about 60 km southwest of Seattle. Even though the earthquake had an extremely deep depth of 57 kms, it still created approximately USD$2 billion in property damage, caused 400 injuries and one death, and was strongly felt in Vancouver.

Downtown Seattle’s Alaskan Way Viaduct incurred serious damage from the earthquake to the extent that emergency repairs had to be made.

According to the state government, if the 2001 earthquake had lasted several seconds longer, the viaduct could have experienced a structural failure and collapse. This finding led to the recently-completed USD$3.3-billion tunnel project to replace the viaduct.