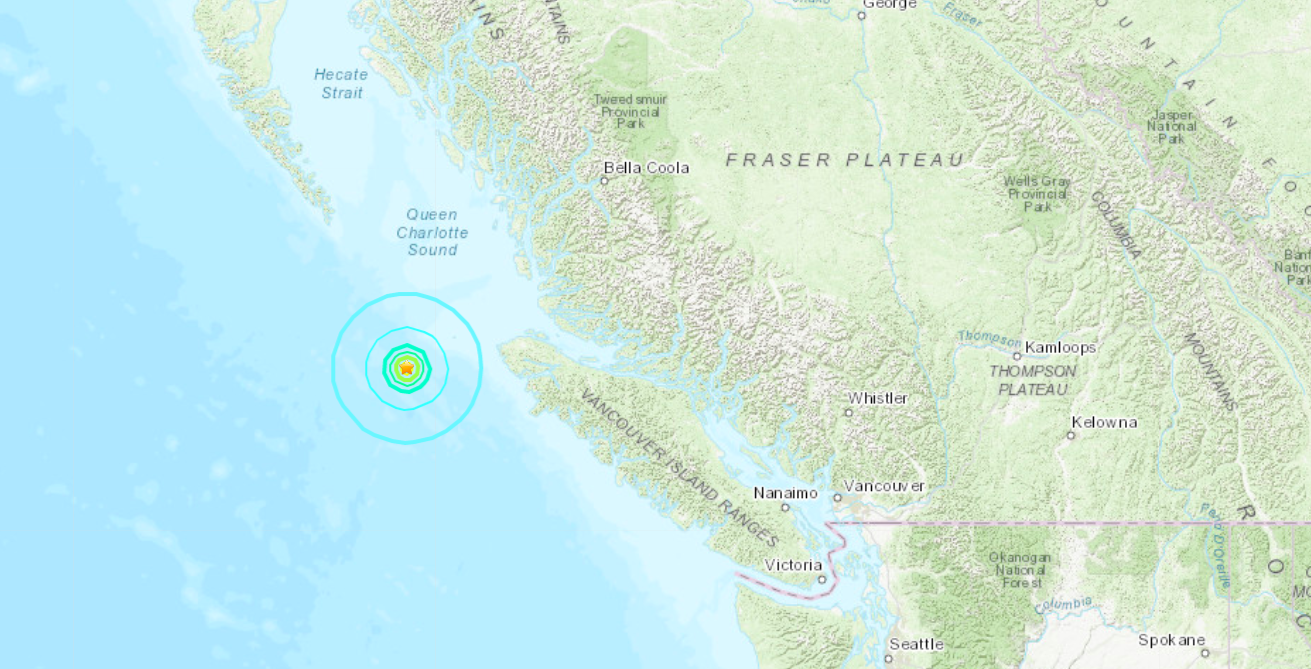 A second earthquake has struck the coast of Vancouver Island less than three hours after one hit the region this morning.

According to the US Geological Survey, the second seismic event took place at 11:13 am PST. The magnitude 5.6 earthquake had an epicentre 170 km west of Port Hardy, and 321 km west-northwest of Tofino, which places it just a few kilometres away from this morning’s initial quake.

The epicentre was also near the fault line that divides the Explorer Plate and the North American Plate. Similar to this morning’s quake, the depth of the earthquake was very shallow at only 10 km.

A tsunami is not expected.

This morning’s seismic activity registered as a magnitude 5.2 earthquake and occurred at 8:44 am PST.