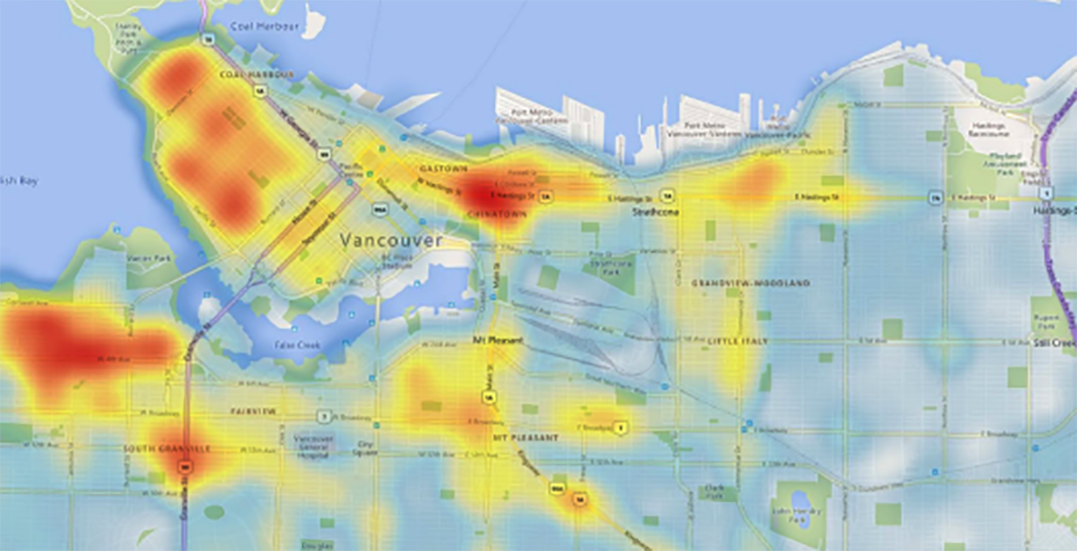 The City of Vancouver

The City of Vancouver has released a map showing how different parts of the city would be affected by seismic activity.

The map was released on Wednesday in preparation for ShakeOut, an event where hundreds and thousands of British Columbians practice how to best respond when an earthquake occurs.

“During an earthquake, the best thing you can do is drop, cover, and hold on,” says the City of Vancouver website.

The city says that they’re also working with experts in the field to learn the specific risks based on Vancouver’s geographical location, how impacts would affect different kinds of buildings, and how said risks can best be mitigated.

The following models show the concentration of damage that buildings would occur in the event of a magnitude 7.3 earthquake in the Strait of Georgia. 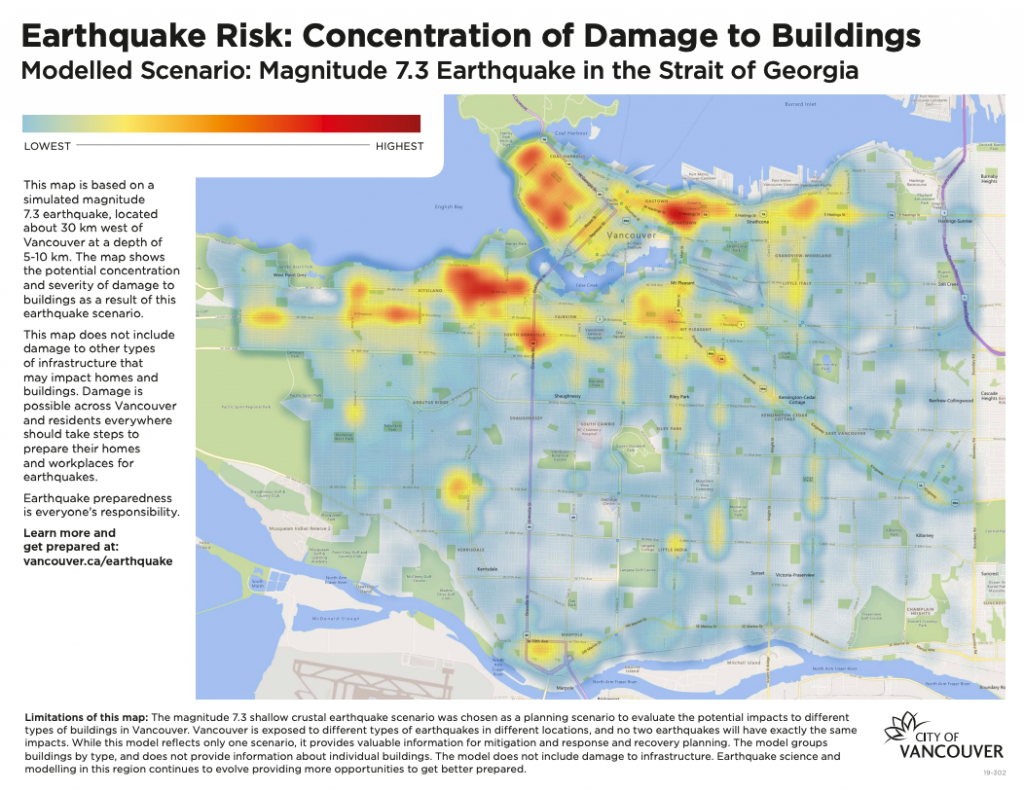 An earthquake risk map from the City of Vancouver

“The map is based on a simulated magnitude 7.3 earthquake, located about 30 km west of Vancouver at a depth of 5 to 10 kilometres,” says the city.

Areas of Vancouver that would receive the most damage

According to the city’s findings, if a magnitude 7.3 earthquake were to occur, commercial buildings such as neighbourhood retail, downtown offices, and industrial buildings would be severely impacted.

Multi-residential and commercial buildings that are constructed of brick, concrete, or wood would also be severely damaged and account for the vast majority of casualties.

The downtown core would receive the brunt of the damage, and areas like the West End and Downtown Eastside would likely be cordoned off and left inaccessible for months.

Damage to single-family homes likely won’t result in injuries or fatalities. The cost of construction, however, is expected to be significant for homeowners.

How buildings and residents would be affected

An estimated 4,000 buildings would require demolition and 150 would collapse.

Approximately 11,500 people are expected to be injured during the event, with 1,100 of them being severe injuries or fatalities.

Financially, Vancouver would be looking at an $8 billion loss in terms of building damage alone.

The City of Vancouver says that they’re currently working with the Seismic Policy Advisory Committee to assess a number of risk reduction options. They’re also working with regional partners to “better understand the vulnerability of other infrastructure.”