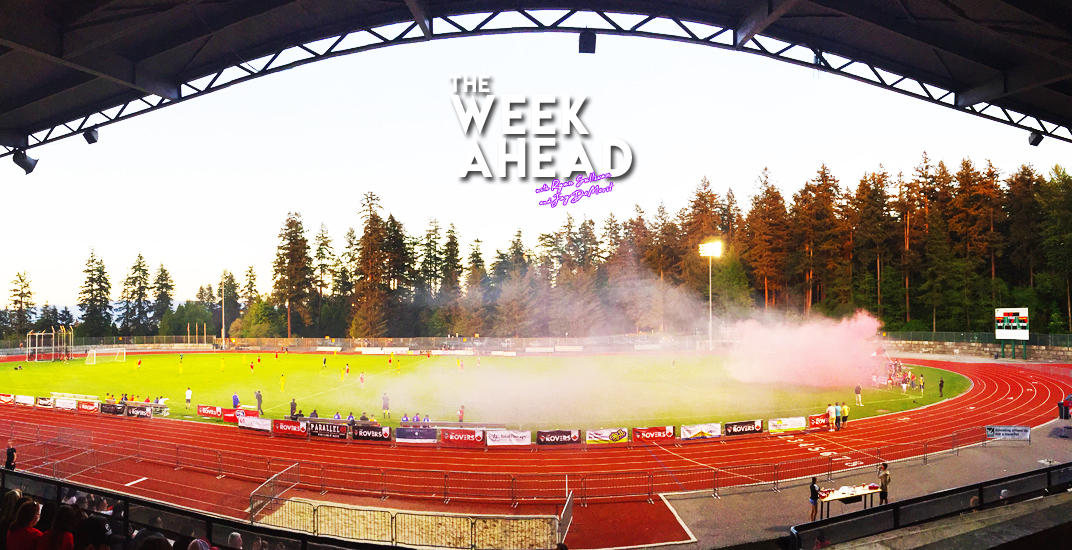 There’s an old adage in this town that being rowdy at sporting events is highly frowned upon. It’s not a written rule, it just always seems to be the way it always plays out though. Well, not so fast. Vancouver’s new summer sports experience has officially kicked off the TSS FC Rovers have decided to loosen the rules a bit.

Jay and I hit up the pregame tailgate for our Week Ahead Facebook Live shoot and the atmosphere was buzzing. There was beer pong in the parking lot, the barbecues were raging and the sun beaming down on a picturesque Swangard Stadium in Burnaby.

Of course, our custom sports show didn’t start and finish at the pitch though. While, obviously, we chatted some TSS for their home opener, we also touched on why the Whitecaps can’t score goals right now. Following their 2-2 dying minutes draw with Houston over the weekend, Jay DeMerit dissected the issues at hand for the white and blue.

We then continued our Headlines segment with some NBA and NHL playoff chatter. While we’re not too worried about the Cleveland Cavaliers after dropping game one of their series, the Tampa Bay Lightning are a bit of a different story on the ice. They are now heading back to Washington trailing 2-0 in their best of seven and things are starting to look grim for the Bolts.

Starting next week, we want your opinion. Share your thoughts in the comments below or on our social feeds and you could be walking away with a ton of swag! We love the feedback and we’re always working to keep the show as entertaining as possible. So, what would you like to see on The Week Ahead?

The sky is the limit for where we can take this show with your help!

BTW, did you miss our show featuring Willy Cromack of the TSS Rovers FC? No problem, here it is… 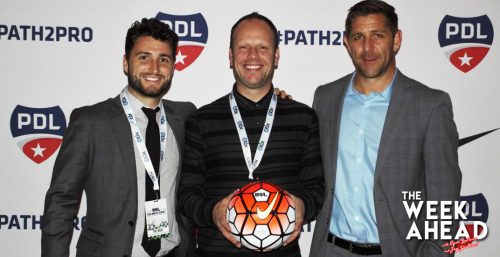 Join us next week at 12pm LIVE on the Green Men Facebook channel for more giveaways and a chance to enter future draws and have your questions answered by Jay DeMerit and I.