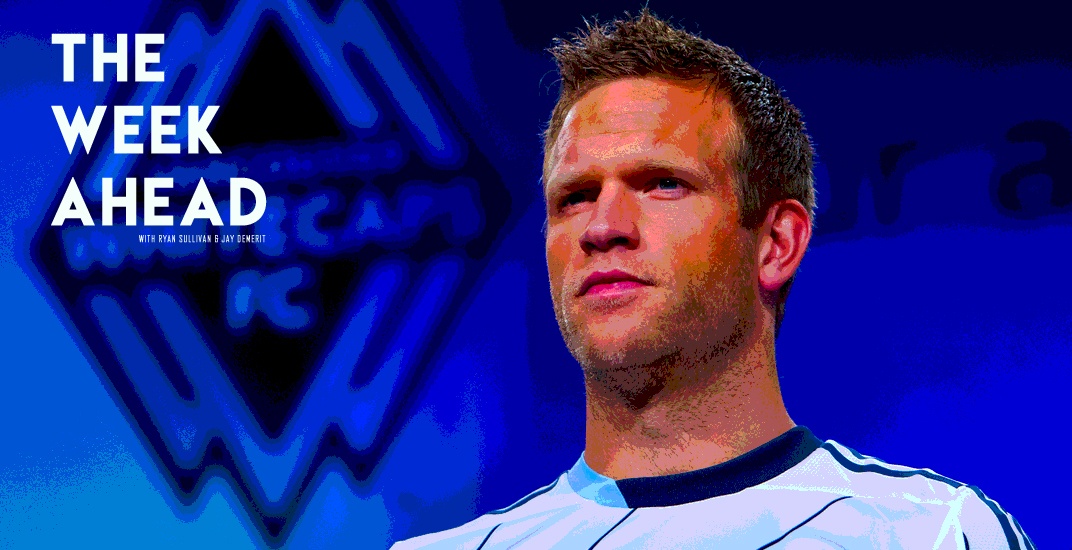 The Week Ahead Podcast returns for its 14th episode with myself (Ryan Sullivan) and former Vancover Whitecaps captain Jay DeMerit. This week we save a few bucks on our phone bill and keep it in house. In our opening Headlines, we crown a Jackass while handing out mountains of swag. Perhaps the finest prize in our arsenal, by the way, was an unopened box of Pro Set hockey cards, courtesy of Indochino.

Once again, the show was featured on our Facebook Live feed on the Green Men page here/below and I wore my finest Britney shirt for the occasion.

Before we dove deep into The Week Ahead of games, we had to crown our Jackass of the Week, as mentioned briefly above. This segment is in its second week and the Seattle Seahawks almost took home the crown two weeks in a row.

Earl Thomas took the honours one week ago for his Week 17 charade with the Dallas Cowboys. This time around, the title almost stayed at the CLink but Blair Walsh’s missed field goal ended up proving to be meaningless thanks to the Atlanta Falcons win. So, with that, we had to hand it over to Marlon Humphrey of the Baltimore Ravens.

Humphrey’s hold, alleged or not, cost the Ravens a playoff berth this past weekend and in turn, opened the door for the Buffalo Bills.

Jay and I then took live questions and comments in stride and handed out a $50 GC to Yagger’s Restaurants and Sports Bars, a copy of the Green Men autobiography Behind The Green and an unopened box of 1992-93 Pro Set hockey cards.

Rather than taking @TheCelticsQueen’s mom’s advice, Jay also capped off the ‘Friday’ portion of the show with some dating tidbits and lessons for those far and wide.

BTW, did you miss our episode two weeks ago with Vancouver Whitecap midfielder Russell Teibert? No problem, here it is.

Miss out on Jordan Subban singing Phil Collins last week? No problem, here that is.