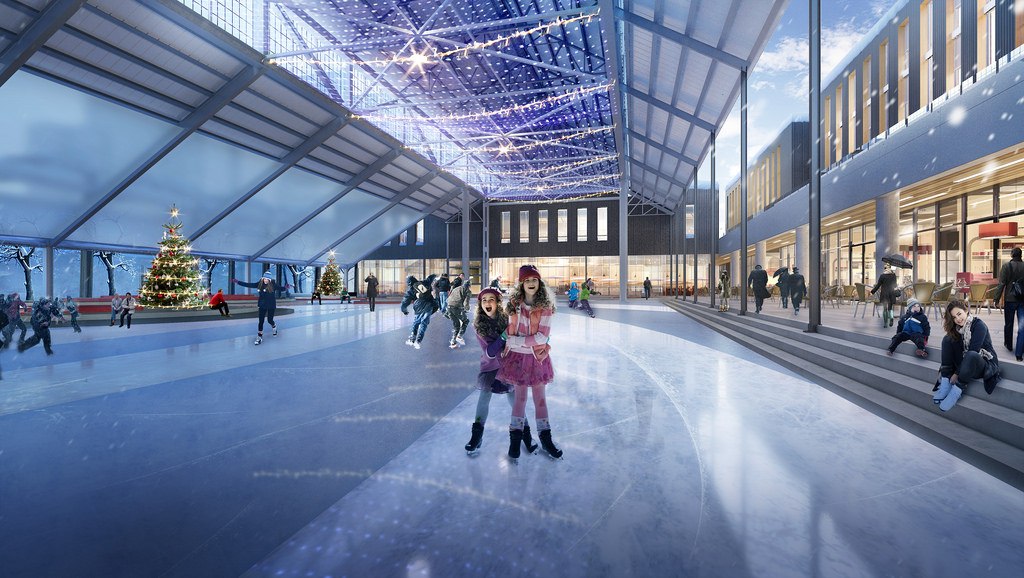 Artistic rendering of The Shipyards' covered outdoor ice rink that will be operational during the winter months. (City of North Vancouver)

The Shipyards on Lot 5 of North Vancouver’s Lonsdale waterfront is a place to eat, shop, and, very soon, ice skate.

The newly built mixed-use development and community hub opened this past summer, with its sprawling covered outdoor plaza being the largest attraction.

Every winter season, this plaza area doubles as a free ice rink. In fact, it is Metro Vancouver’s largest outdoor ice rink — far larger than the popular free ice rink at Robson Square in downtown Vancouver.

City of North Vancouver spokesperson Stephanie Smiley told Daily Hive the free ice rink will open in the middle of December. The precise opening date will be announced over the coming weeks.

The skating hours during the operating season have been established as seven days a week, from noon to 7 pm. 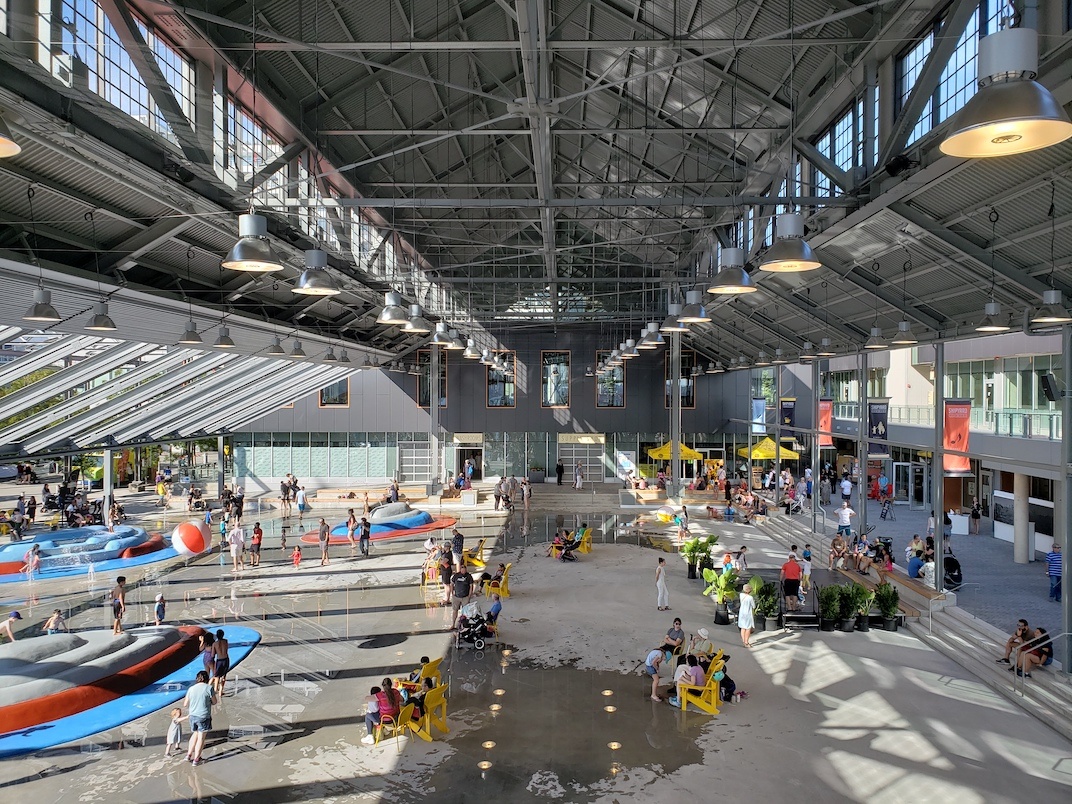 “Because it’s the first time we’re putting the ice in, we’re taking additional steps to ensure the site is well prepared and gets quality ice,” said Smiley.

“We are thrilled to welcome the community to this wonderful new gathering place. This year-round attraction offers a unique experience for residents and visitors, in a one-of-a-kind setting at the City’s Shipyards. We encourage everyone to come and check it out.” 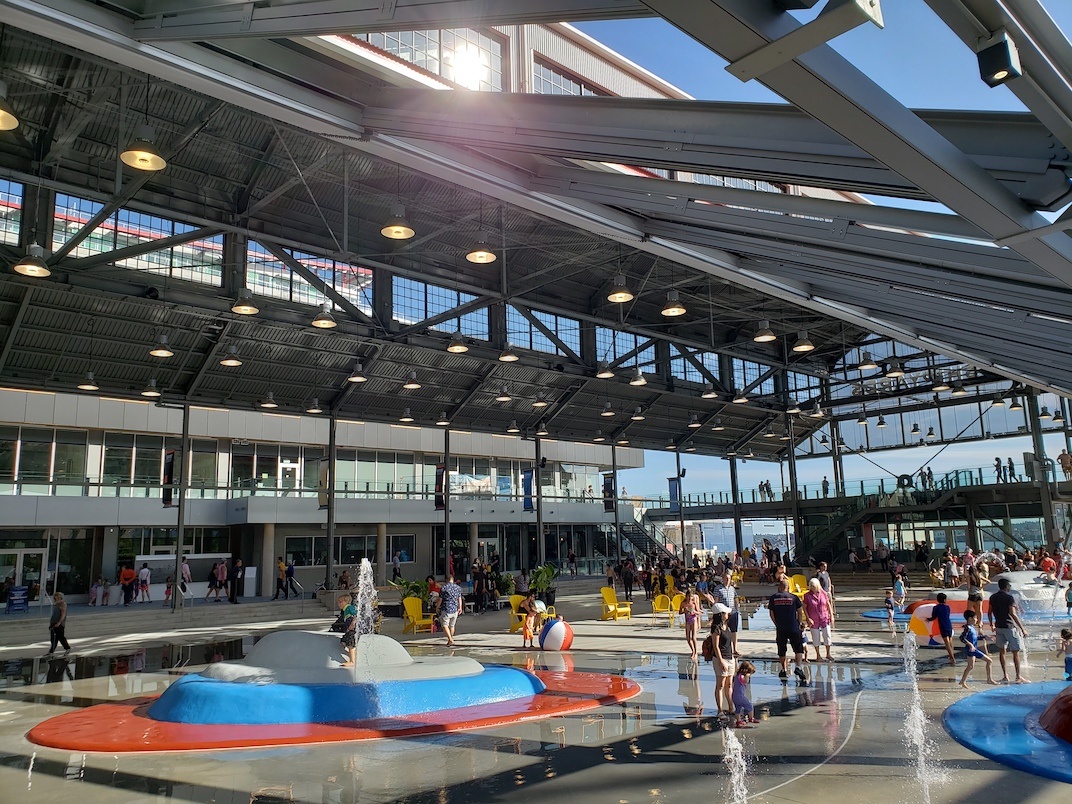 The skateable surface is approximately 20,000 sq. ft., including the floor area of the 12,000-sq-ft covered plaza and the adjacent 8,000-sq-ft summertime water spray area, which is covered with a retractable roof.

The mounds in the spray area are multi-purpose, with the ice sheet extending around the mounds, allowing skaters to skate around them.

Skaters can either bring their own skates or rent a pair of skates on-site. Helmets and skating aids are free. 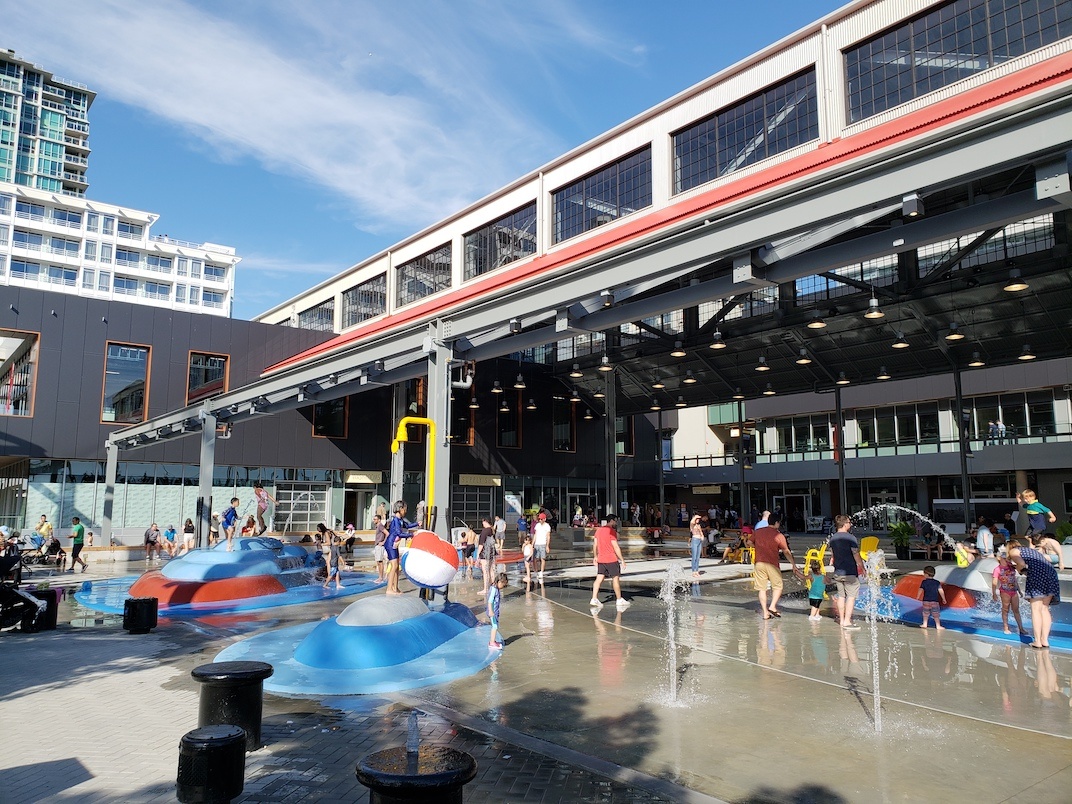 To fulfill this project, the municipal government partnered with Quay Property Management — the same developer that owns and operates Lonsdale Quay, which is set to see major renovations over the coming years.

Businesses within The Shipyards’ 85,000 sq. ft. of commercial space are gradually opening.

Other major tenants include the Seaside Hotel — a 70-room boutique hotel operated by Executive Hotels & Resorts — and a satellite campus for Capilano University.

A third-level space of the building offers The Wallace — a bookable special event space with unobstructed views of the water and downtown Vancouver.

When all businesses and functions of The Shipyards are open, the attraction — along with its panoramic views of the downtown Vancouver skyline and Vancouver harbour — is expected to become a popular regional destination. 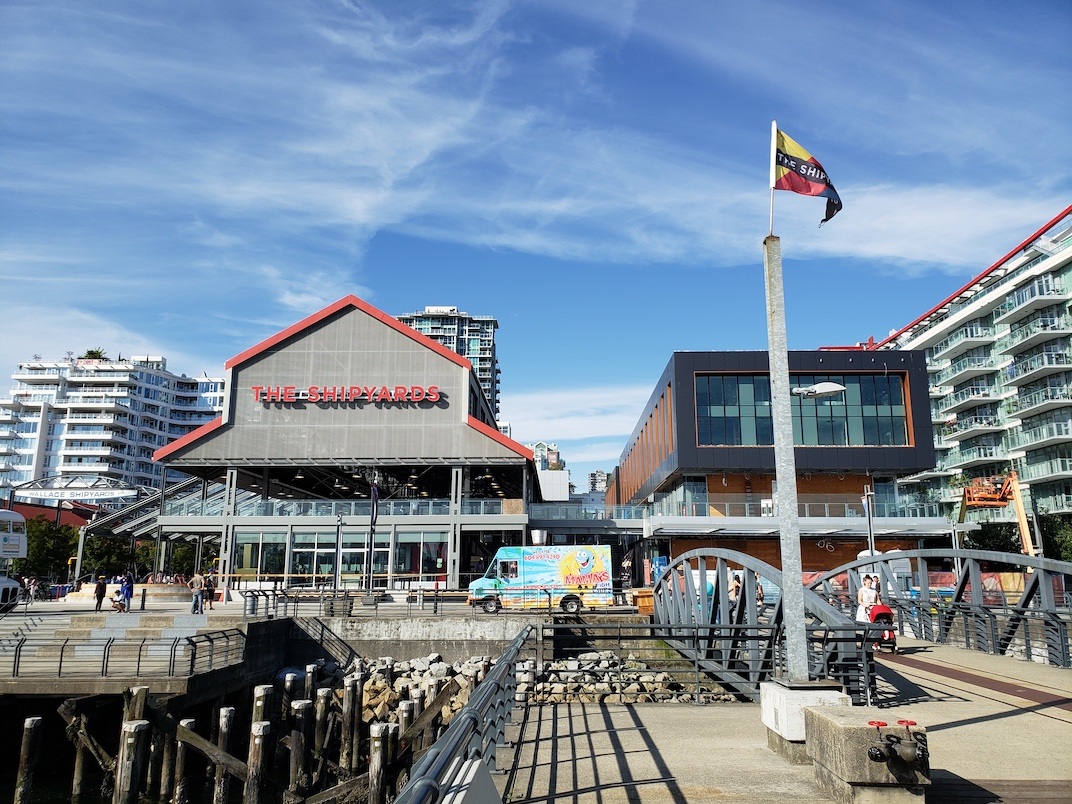