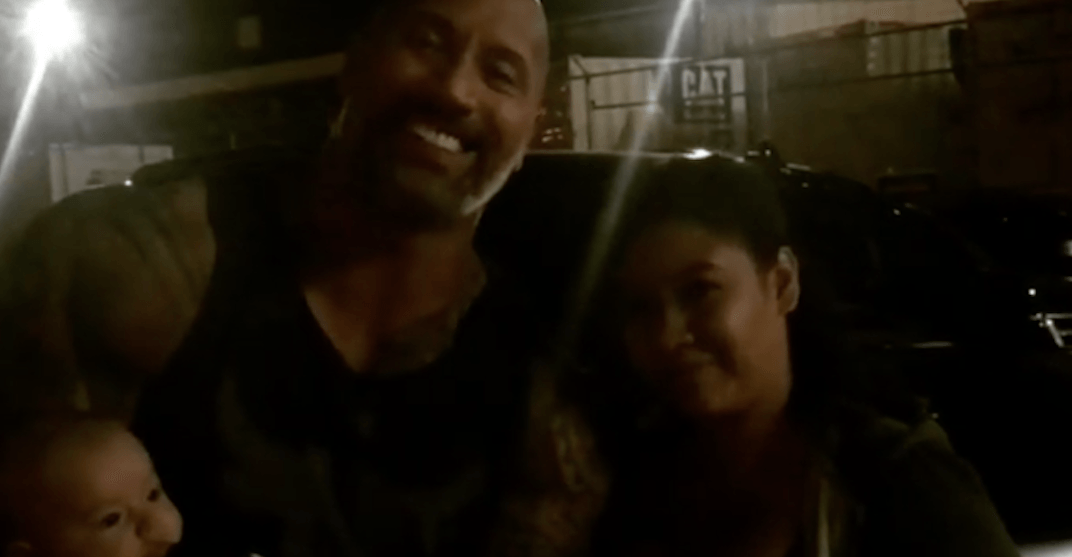 All work and no play?

Or is it the other way around?

When it comes to how Dwayne “The Rock” Johnson is spending his time here in Hollywood North on the set of the new film Skyscraper, it can be a little hard to tell.

Case in point: The latest posts from The Rock’s Instagram feed.

The first one features The Rock, after reportedly finishing a 14-hour day on set, and driving home at 1 am in the morning.

And to be fair, he almost had us, because what starts out seemingly sounding like a rant, quickly turns into – well, take a look for yourself.

I’m just sick of it. But I’m a sucker when babies have been waiting for hours. 😉 Long work days/nights but fans have a way of easing the fatigue. #SkyscraperMovie #LateNightLuv

But the fun doesn’t stop there.

In the second video, The Rock gets up close and personal with a mom and her new baby, and it’s clear to see that he’s as at home as he’s ever been.

Alright alright.. when mama’s and their little babies are waiting to meet me after work, I’ll keep my a**hole persona at bay. Truth is, this stuff is always the best part of fame. Good to meet ya Iliana & Maddox! #SkyscraperMovie #LateNightLuv #Vancouver

This isn’t the first time he’s hung out with some of his youngest fans either.

At the beginning of this month, The Rock stopped to meet fans and hold a baby in another night time escapade.

Isn’t that the sweetest?