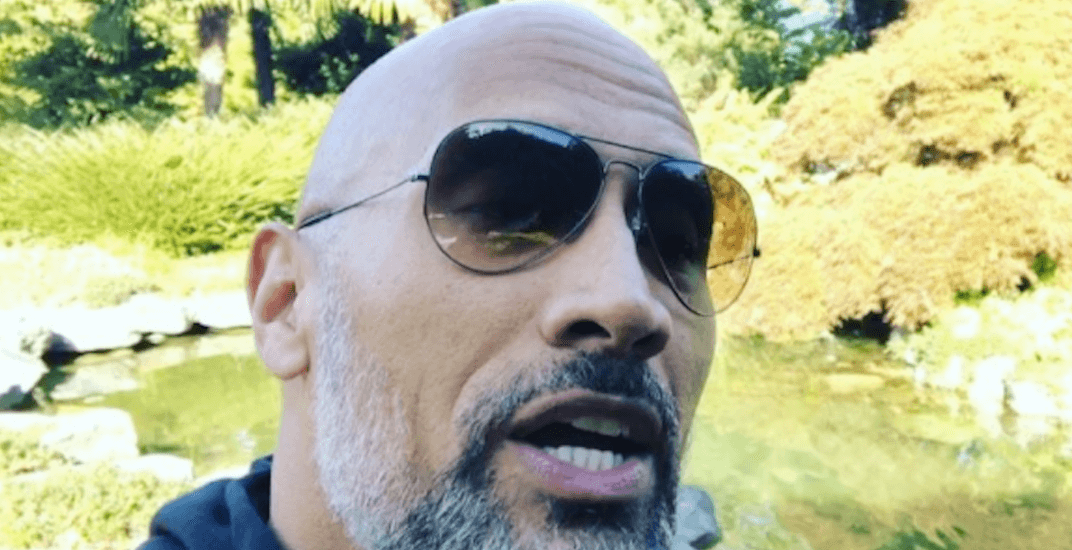 It’s no secret that A-list superstar Dwayne “The Rock” Johnson is spending his days in and around Vancouver this summer, filming a new flick called Skyscraper.

It’s the latest in a line of big-budget action films the former WWE superstar has been involved in.

But while he often plays the hero in these films, Johnson said it’s time for him to “shake the hand of a real-life 10 year-old hero.” His name is Jacob O’ Connor.

“Jacob O’Connor found his little 2yr old brother, Dylan laying facedown in their pool,” Johnson writes. “He pulled his little brother out and started CPR & chest compressions. He saved little Dylan’s life. Jacob said he learned how to do this by watching me in his favourite movie, San Andreas.”

This story grabbed my heart. 10yr Jacob O’Connor found his little 2yr old brother, Dylan laying facedown in their pool. He pulled his little brother out and started CPR & chest compressions. He saved little Dylan’s life. Jacob said he learned how to do this by watching me in his favorite movie, SAN ANDREAS. I’m so amazed and impressed by this little 10yr old boy’s heroic actions and calm instincts in the middle of that kind of emergency distress. I now need to shake young Jacob’s hand…

Johnson explained that someone from his team would soon be in contact with O’Connor and his family.

“We’re going to fly you up here to Vancouver to the set of Skyscraper. I’m going to give you a big hug, I want to meet your brother, I want to meet your mom, and here’s the best part: when you come to my movie sets, it’s like Willy Wonka’s chocolate factory dude. You can eat all the sweets you want and it’s all free!”

Johnson then signs off on his video by saying, “I’ll see you next week.”

I gotta shake the hand of a real life 10yr old hero. Jacob, I’m gonna fly you and your family out to Vancouver so I can meet you. Hopefully, your little 2yr old brother, Dylan is well enough to fly because I wanna meet him too. I’ll have some very nice people contact your family in the upcoming days to make the arrangements. Can’t wait to meet you big man. And make sure you bring your sweet tooth! 😉👍🏾