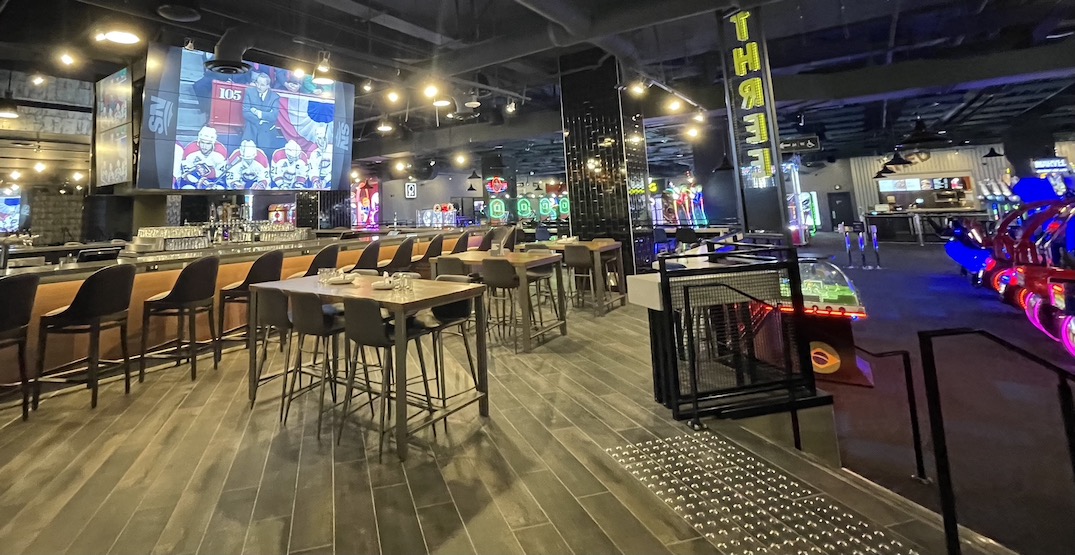 The Rec Room at The Amazing Brentwood officially opens its doors in Burnaby today.

It’s the first BC location for the concept, which describes itself as “Canada’s premier ‘Eats & Entertainment’ destination.”

The sprawling 43,000-sq ft space is finally ready for visitors who will be delighted to check out over 90 games in the massive amusement space along with a menu of eats from the dine-in restaurant called Three10.

Three10 is named after the three Canadian territories and 10 provinces.

The full-service restaurant is inspired by “the vastness and diversity of Canada” and offers patrons shareables and platters with BBQ meats, pizzas, and nachos, as well as burgers, steaks, and lighter options like salads. 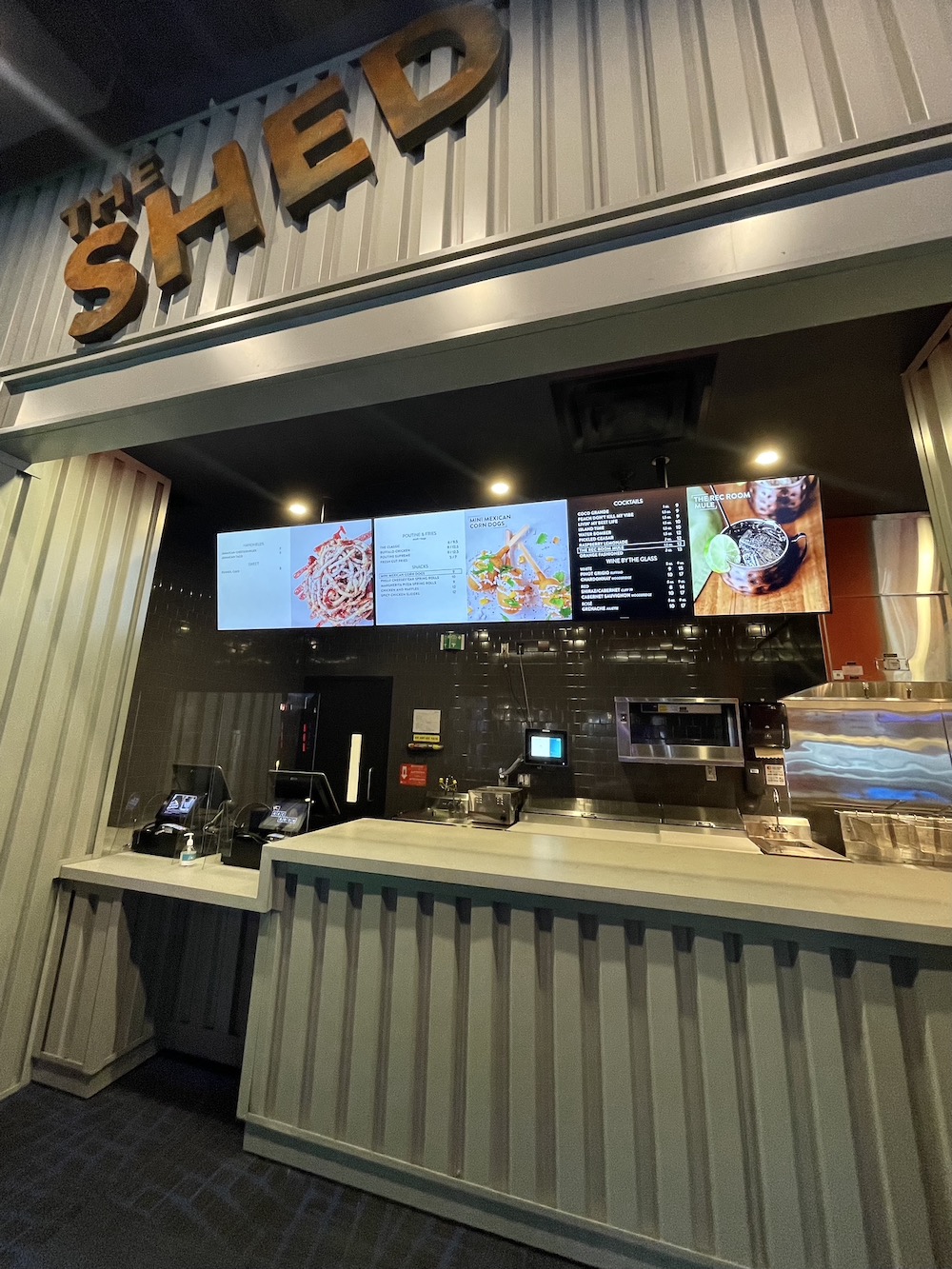 In addition to Three10, a more casual grab-and-go spot called The Shed is open across the room and ready for all your poutine, handheld, and made-to-order funnel cake cravings.

When it comes to drinks The Rec Room has quite the selection of wine, cocktails, and non-alcoholic beverages as well.

Folks can also choose from 16 draught beers on tap and enjoy televised sporting events and more on multiple big screens. 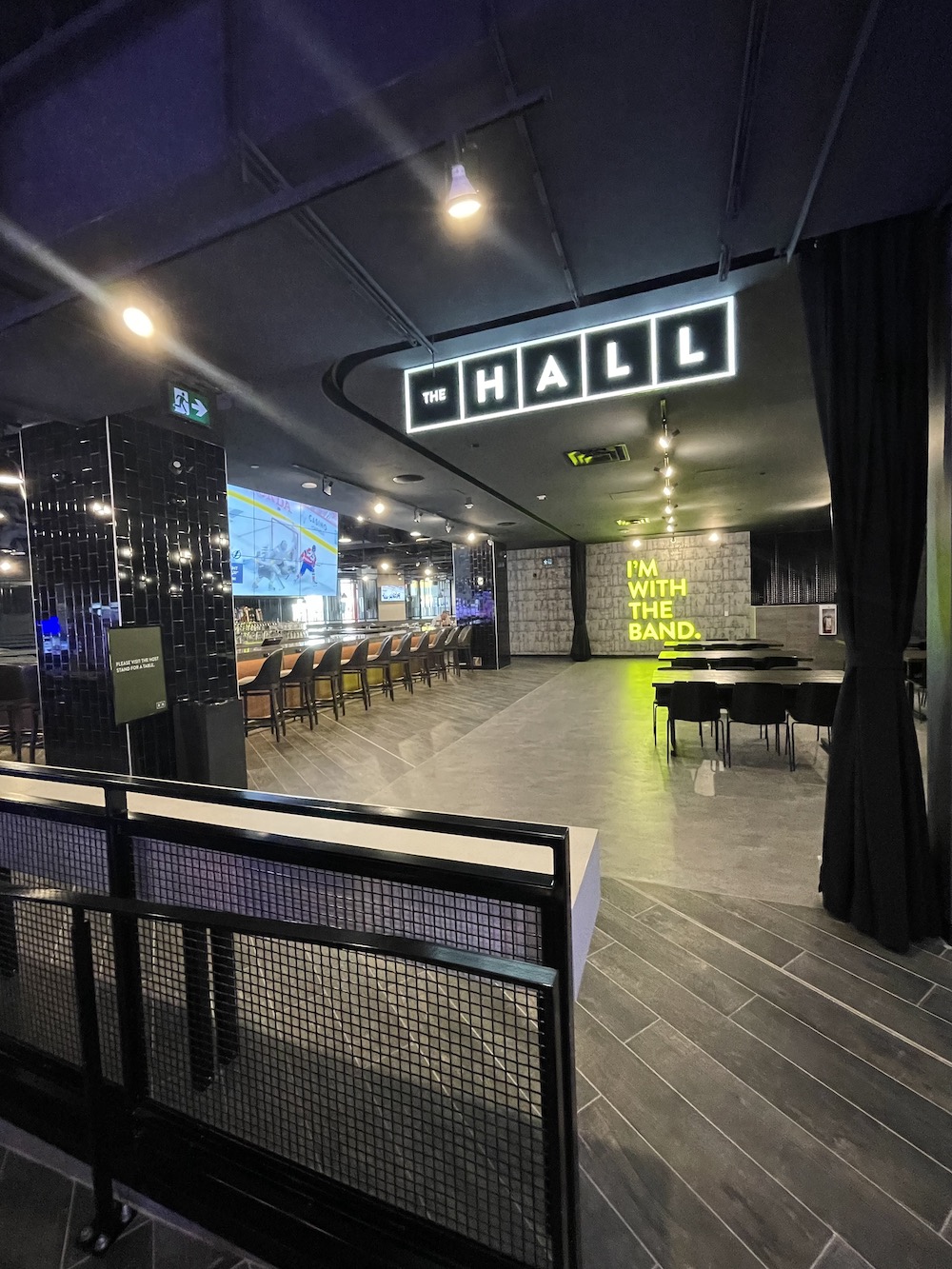 From VRX Racing Simulators to classic favourites including pool, ping pong, Mario Kart, Atari Pong, and the World’s Largest Pac-Man — The Rec Room has something for everyone.

Credits won from redemption games can be earned and tracked on RFID wristbands and later traded in for prizes at The Trophy Case. 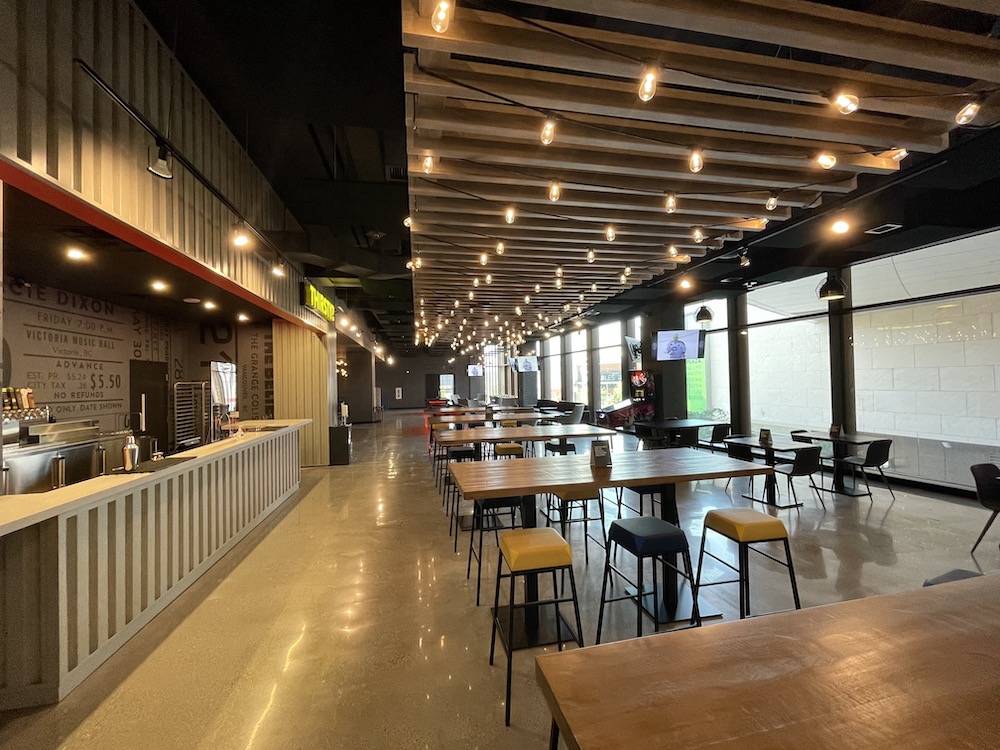 Eventually, live music performances, comedy shows, DJ sets, trivia nights, and karaoke will take place at The Hall area near the back of the space.

The Rec Room is now open daily from 4 pm to midnight.