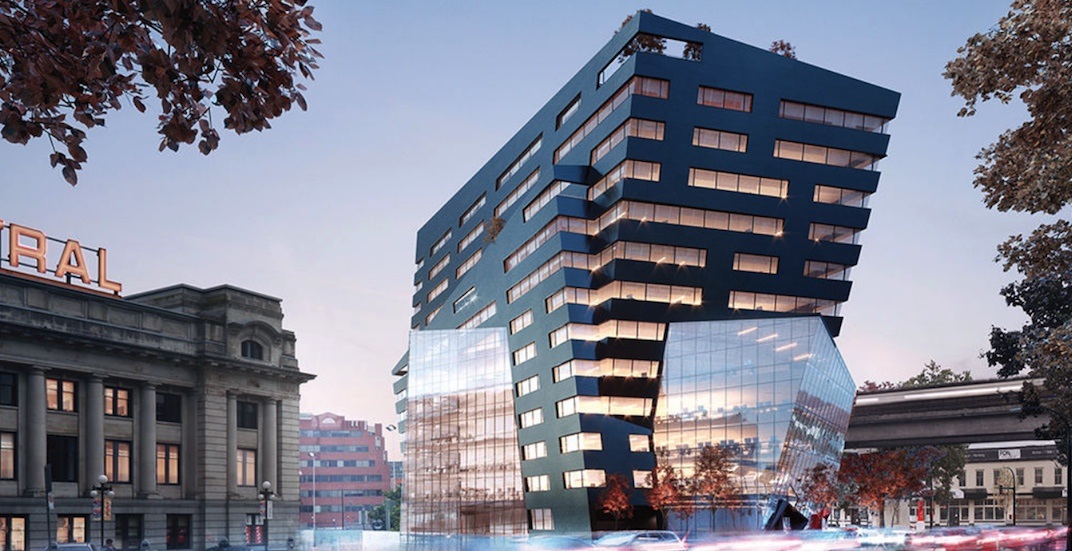 The 13-storey building by Rize Alliance at 1296 Station Street, located on the northeast corner of Station Street and Terminal Avenue, will replace Party Bazaar.

Office tenants will have access to a large outdoor rooftop space with an expansive patio.

The building in its overall form has an irregular crystal shape, with a large glass-enclosed office lobby on Station Street that sharply juts out as if it were an extension of the crystal. 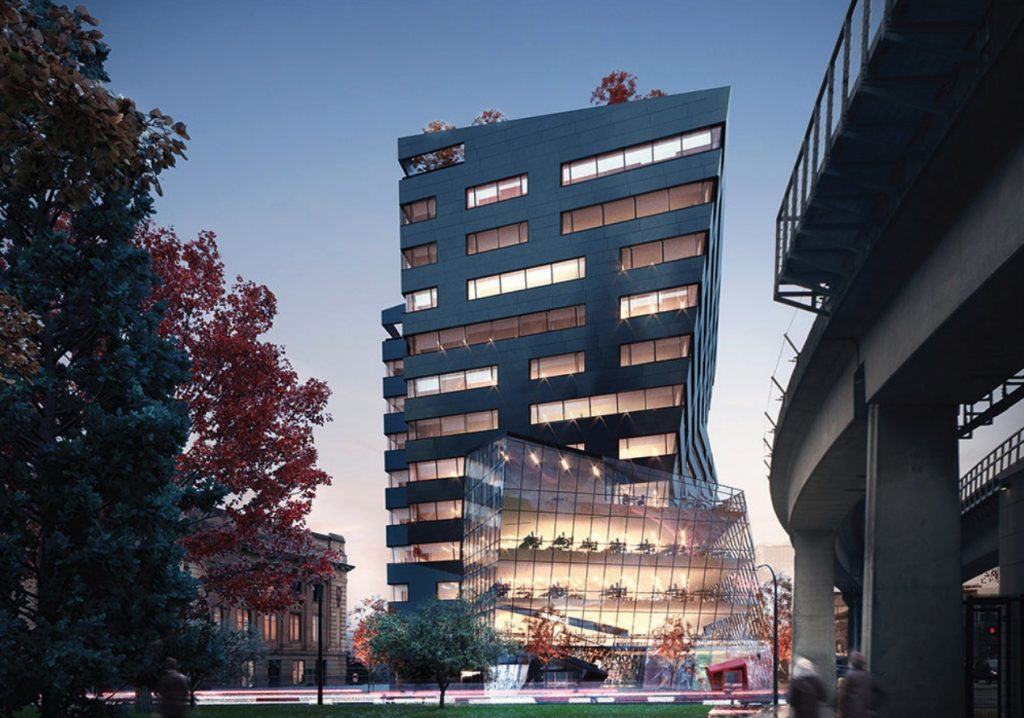 “This building marks the evolution of The Terminal District into a hub for visionary businesses and professionals. With its central location, vibrant atmosphere and proximity to transit, The Onyx will provide companies and employees an ideal setting to maximize productivity and do their most creative, innovative work.” 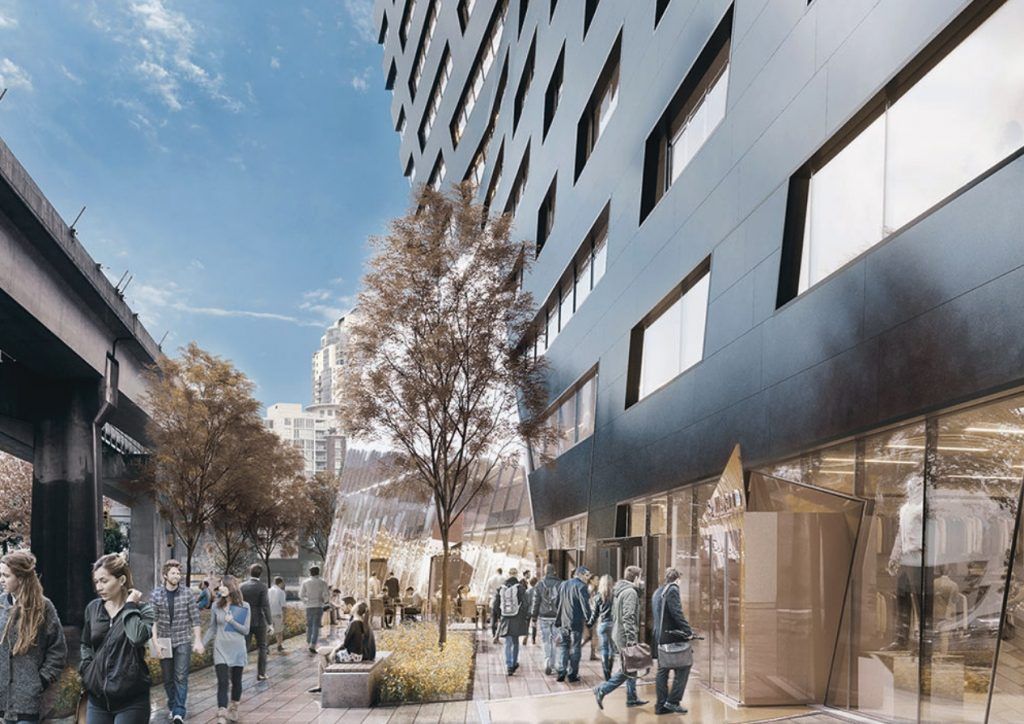 The developer says this area of the False Creek Flats has the potential to become comparable to Seattle’s South Lake Union, which is an emerging hub for life sciences firms.

The comparison could be apt given that the western half of the False Creek Flats, where The Onyx is located, is slated to be transformed into a tech and medical hub. One of the area’s anchors will be the new medical campus of the St. Paul’s Hospital, located immediately north of Pacific Central Station, which will consist of not only the new hospital but also as many as five supporting office buildings containing medical offices and research facilities.

Rize Alliances plans to build another office development in the area after The Onyx, which will commence construction in early-2019 for a completion by mid-2020. 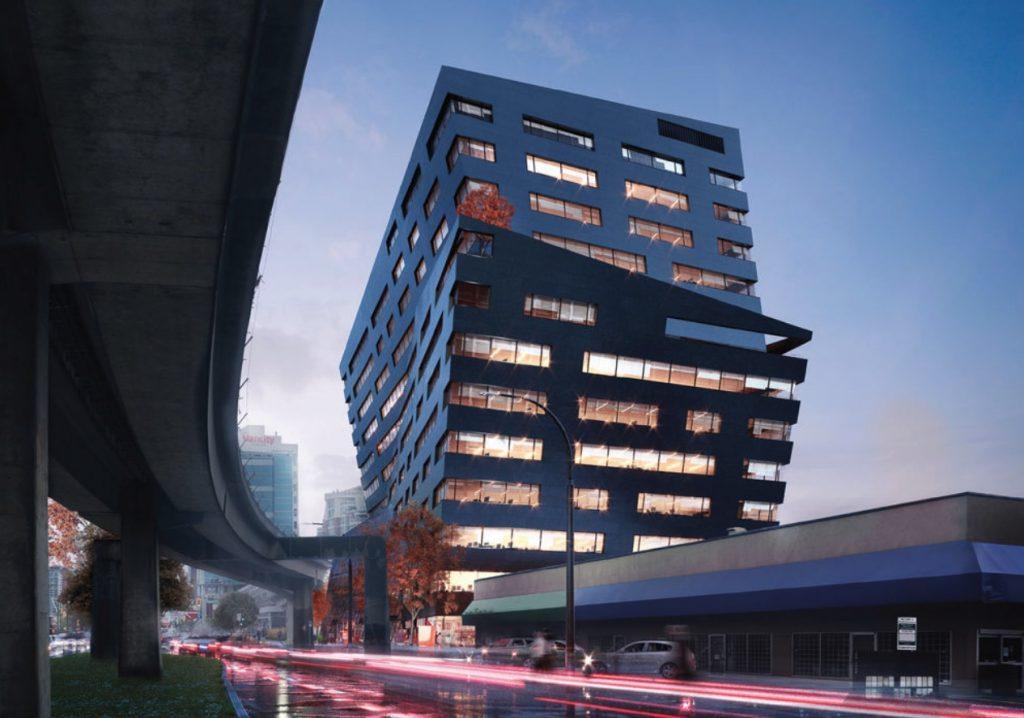