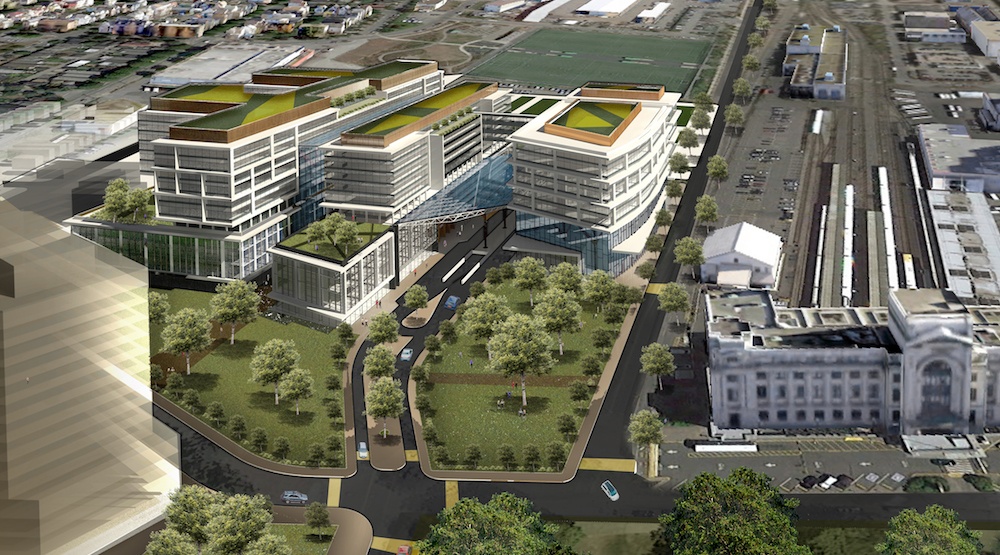 BC billionaire Jim Pattison made a record-breaking act of philanthropy today by donating $75 million to St. Paul’s hospital.

The donation is the largest in Canadian history by a private citizen to a single medical facility, according to St. Paul’s, and will fund a “world-class medical and research centre in the heart of Vancouver.”

A record-breaking act of philanthropy

“The new Jim Pattison Medical Centre will build on St. Paul’s Hospital’s history of serving British Columbians with excellence and compassion, and enable close collaboration among clinicians and researchers to collectively drive new standards in health care and treatment for all British Columbians.”

The Jim Pattison Medical Centre will be a purpose-built facility, comprising the entire 18.4-acre site on Station Street in the False Creek Flats.

The Jim Pattison Medical Centre will include St. Paul’s Hospital with its associated acute-and-critical-care programs; the provincial Heart Centre, Centre for Heart Lung Innovation, the BC Centre for Excellence in HIV/AIDS and other centres of excellence in health care and research; primary care and specialized outpatient clinics; the PHC Research Institute; research facilities; and life sciences industry partners.

“A gift of this magnitude will have an impact today, and for generations to come,” said Dr. Jeff Pike, Physician and Director of Clinical Planning for Providence Health Care’s Redevelopment Project.

Unlike the plan to retrofit the existing facility, a new hospital site, starting right from scratch, enables planners to utilize the latest hospital design practices and most efficient layouts.

One of the largest undeveloped sites in Vancouver, the 18.4-acre plot is roughly the size of 15 football fields, with enough space to accommodate the new buildings on the health campus and still have room for future expansion as health care needs evolve.

The relocation of St. Paul’s Hospital from Downtown Vancouver’s West End neighbourhood to the False Creek Flats has been controversial, but planners maintain that the new location better suits the hospital’s regional position.

Nearly four in 10 acute inpatients at St. Paul’s Hospital come from areas outside of Vancouver and this increases to 51% for outpatient visits. Comparatively, just 11% of the hospital’s inpatients and outpatients are from the West End.