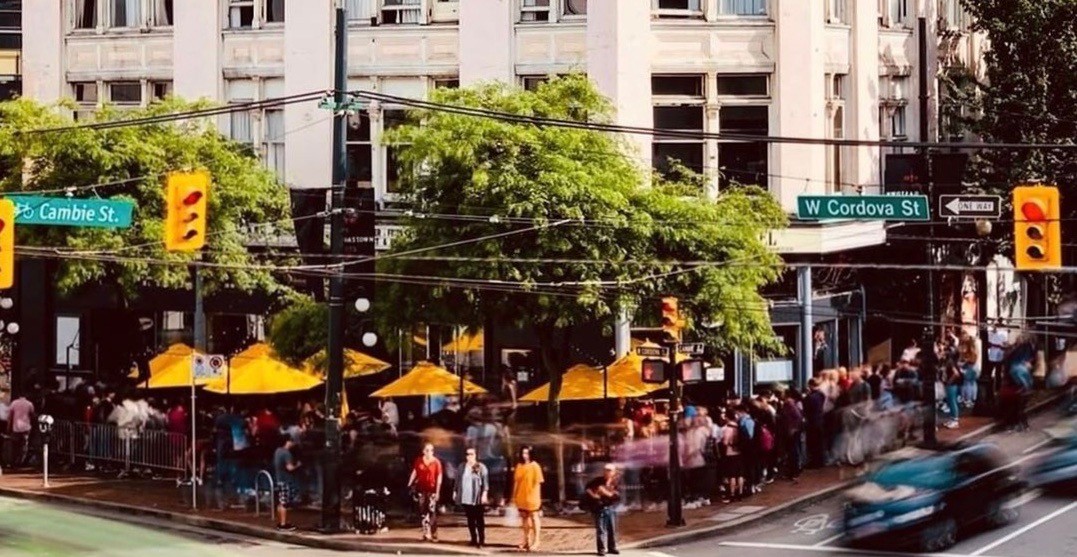 It’s been one hell of a ride for people who frequent Vancouver’s oldest bar The Cambie, but it looks like we’re getting a happy ending here folks.

Back in June, it was announced that the legendary downtown pub was closing in November.

Owner Sam Yehia told Daily Hive the closure and sale of the business was a transaction that came as a result of ongoing divorce proceedings.

According to BC Assessment records, the building was sold for $15 million in a May 2019 transaction but today, The Cambie Malones Group announced the beloved bar has been saved.

People had a strong reaction to the 300 Cambie Street Gastown joint closing, which resulted in an outpour of support to save the business.

Staff and management at The Cambie Malones Group continued to work to find a solution with the new property owners and now it seems they’ve succeeded.

“An agreement has finally been reached with the new property owners which will allow the business to continue operating at its current location for the foreseeable future without any anticipated interruptions or changes to service on the horizon,” read the statement.

“We really didn’t think it would be possible to keep the business alive after the property was sold,” says Sally Negus, owner of The Cambie Malone’s group, “but we are so happy to announce that we did it! It was never my choice or wish to close The Cambie, so we did everything we could to keep it going.”

The pub and the Cambie hostel (which operates on the upper floors of the same building) will continue to stay open for business.

“It’s been around for 122 years and it’s been in my family for 25 years now,” Negus added. “Between raising my children here and being surrounded by staff who operate as a family, The Cambie has served as a second home to many people. It brings me great joy to announce that the doors will stay open and the legend will live on!”

Read all about this bar’s history and head in for a pint to celebrate the news when you can.