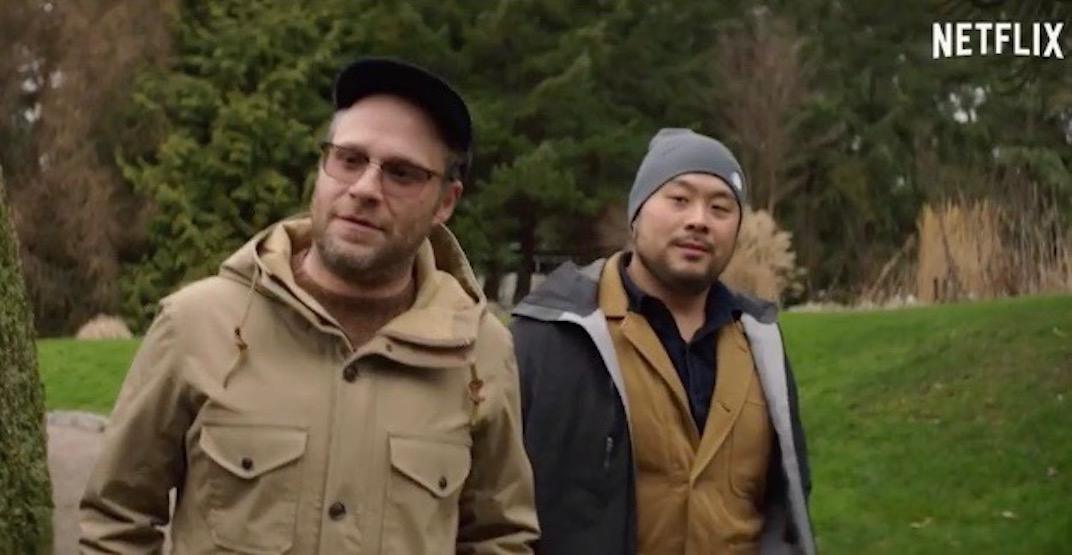 Back in January American restaurateur and Ugly Delicious host David Chang was making some serious food rounds in Vancouver, and he had some famous friends with him too.

Chang and Vancouver-born actor and comedian Seth Rogen were spotted at several local spots like Granville Island’s Lee’s Donuts and Richmond’s HK BBQ Master, posting about the destinations along the way via social media.

All this foodie action prompted rumours that the duo was filming for a new show on Netflix, and it turns out those rumours were right.

The trailer shows Chang and Rogen chowing down on Lee’s Donuts, Rogen smoking a joint (shocker), and it also features a clip of Rogen explaining Vancouver’s “hugely multicultural” food scene.

You can stream Breakfast, Lunch & Dinner on Netflix starting October 23.