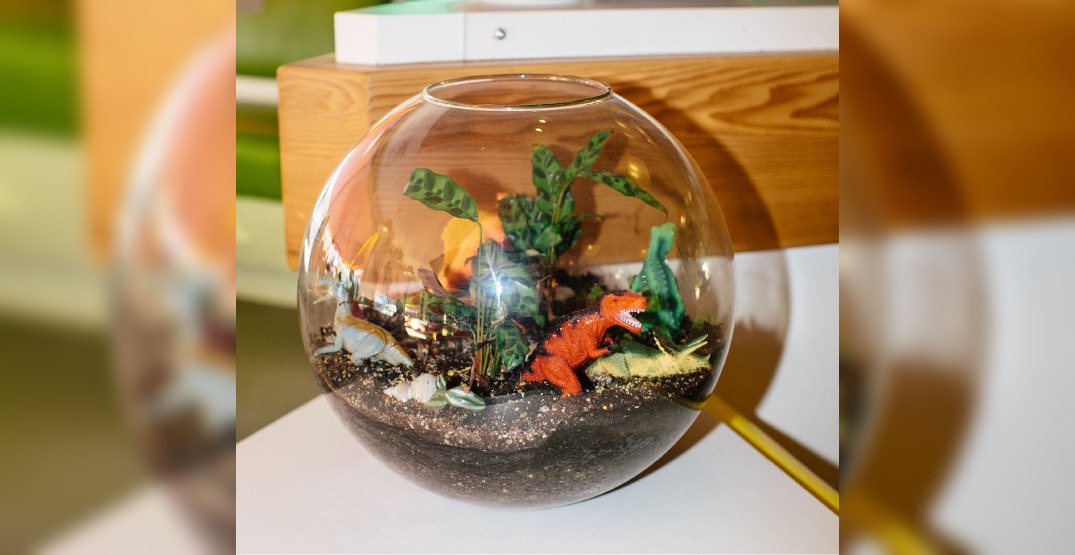 A beloved terrarium, full of toy plants and dinosaurs, was snatched from a Vancouver restaurant on March 15, leaving the owners pleading for its return on Instagram.

But the terrarium terror is finally over. Whoever stole it must have seen Pizza Coming Soon’s post — because they returned it the next day.

“We have the video of you stealing the dinosaur terrarium (it’s surprisingly light), close up shots of your faces from our security cameras and we have the credit card receipt from your bill (thank you for the decent tip too, but your meal doesn’t include a free terrarium).”

If they hadn’t returned it, Pizza Coming Soon would have shared the video of their getaway on social media.

His business partner’s mother made the terrarium for them to show her support for their venture, so they were all sad to see it stolen.

“We are happy to have it back, and god bless the power of social media,” says Jones.

The update to their Instagram post says it’s all good, and staff aren’t mad about the terrarium terror anymore.

“While we really wanted to put the robbery footage out cause the thief does a big look-around and a wine chug before the crime, we are more happy to not publicly shame people if we don’t have to ’cause the internet doesn’t forget,” they commented.

It’s the first time someone has ever returned something they stole from the restaurant, he says.

A few other “large things” have been taken over the years, though, never to be seen again.

“Someone’s taken an actual, large framed poster off the wall, and then someone stole one of our kitty-cat clocks,” he says.

They didn’t have the security back then to catch the perpetrators, but now they do, and they want people to know they finally have reliable cameras after years of struggling with technicians and wiring.

“The cameras are hard-wired, and we can zoom into people’s faces,” says Jones.

“Just don’t take things from small businesses because it actually does hurt. It’s sort of month-to-month with the money. Every little bit counts, and the items we have in here, a lot of this stuff has sentimental value. It’s just a hassle.”

The moral of the story? According to Pizza Coming Soon, it’s that “a lot of times you can right your wrongs if you just try, wifi cameras sorta suck, and you can get out of long term contact with security companies with no penalty if you are good at complaining.”