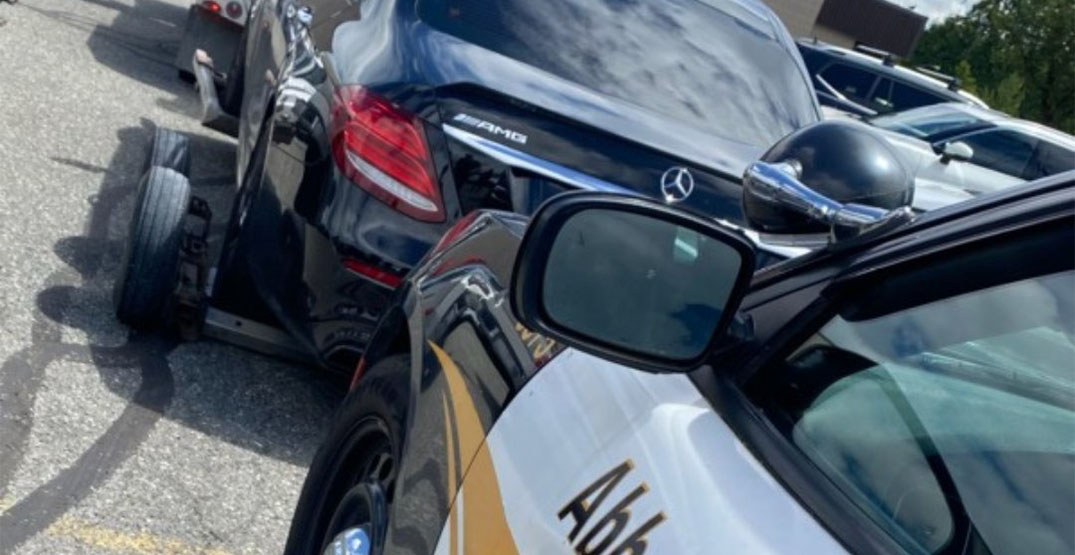 An unlucky teen from Abbotsford, BC, won’t be taking a Mercedes-Benz to prom like he was supposed to — because he was caught driving it 110 kilometres per hour over the speed limit.

Abbotsford police shared a photo of the impounded car on Thursday, saying officers caught the teen driver doing 140 kilometres per hour in a 30-kilometre per hour school zone.

The 18-year-old driver was issued a $438 ticket, and his licence is under review. He’ll have to find another mode of transportation to get to his prom.

The youth-focused officers caught the teen outside a school in Abbotsford and took a picture of the car being towed away.