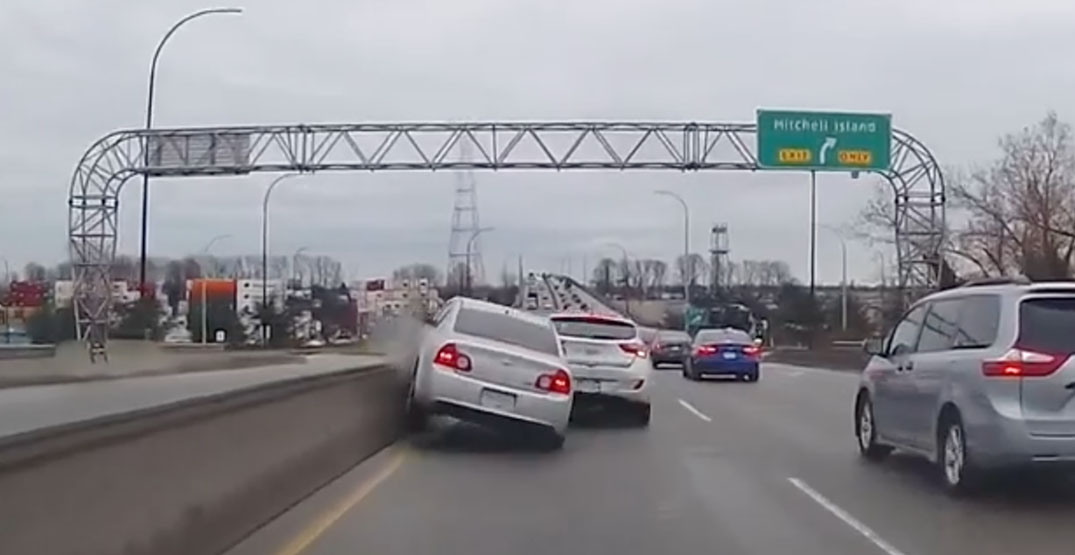 A Metro Vancouver driver shared frightening footage of a collision near the Knight Street Bridge recently, highlighting how important it is to follow at a safe distance.

Driver Jason Chen was travelling in the leftmost southbound lane approaching the Knight Street Bridge when he suddenly came upon a slowdown and had to brake.

The silver sedan in front of Chen couldn’t stop in time to avoid a collision and veered to the left. It hit the cement guardrail, rose above the road, and collided with the back bumper of the car in front of it.

Chen was able to stop in time and had to veer slightly right to avoid the collision.

“Not gonna lie, twas close!” he wrote on Facebook.

Chen posted his dashcam footage to the Facebook group Richmond Learns to Park and Drive Tuesday morning and others in the group were quick to comment about how they hate driving along Knight Street during rush hour because of the unpredictable traffic.

Chen didn’t say when the collision happened, but judging by the lack of leaves on the trees it was at least a month ago.

Correction: A previous version of this story indicated the collision occurred in Richmond. In fact, it occurred just north of the Knight Street Bridge.