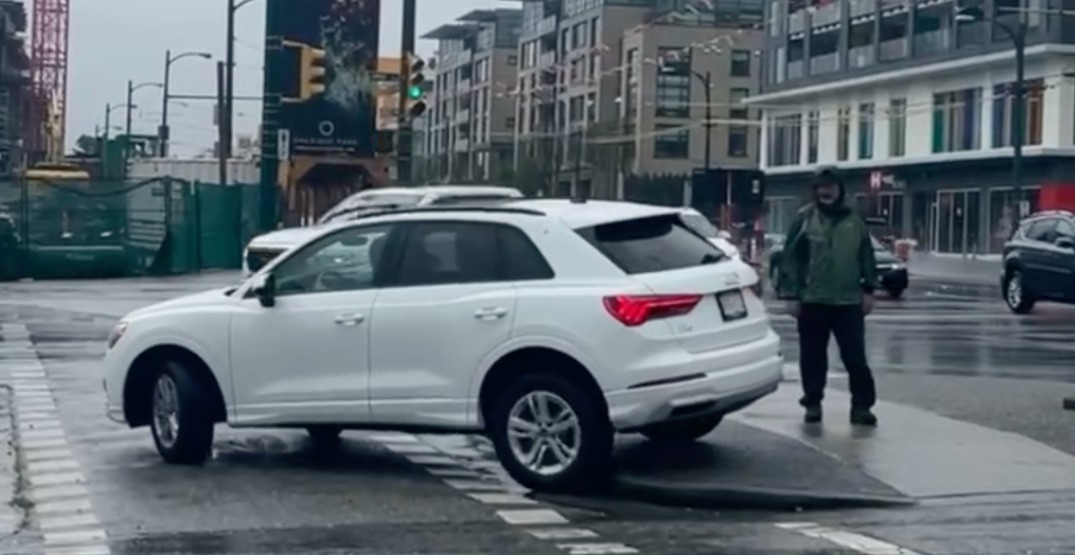 Someone driving an SUV around Vancouver was caught on camera cruising over a pedestrian walkway on May 5 — after they already veered in front of approaching busses — as shown on the Instagram page @vancouversworstdrivers.

The incident happened near 41st and Cambie Street around 11:30 am, according to the footage captioned, “Watch until the end 😳😳😳”.

It happened near Oakridge, a bustling area home to tons of shopping and construction.

The person behind the Instagram account, who chose to stay anonymous, has been running it for about four years, they told Daily Hive Vancouver in a phone call.

“The thing that stuck out to me was basically how unaware this driver was. You’ve got busses coming towards them. They’re all of a sudden alongside the road. They drive up on the sidewalk,” they said.

“I always seem to get the worst of the worst, so unfortunately it’s becoming more of a norm. I’ve been getting a lot of videos of people driving on the wrong side … or this video of someone driving up on the sidewalk.” 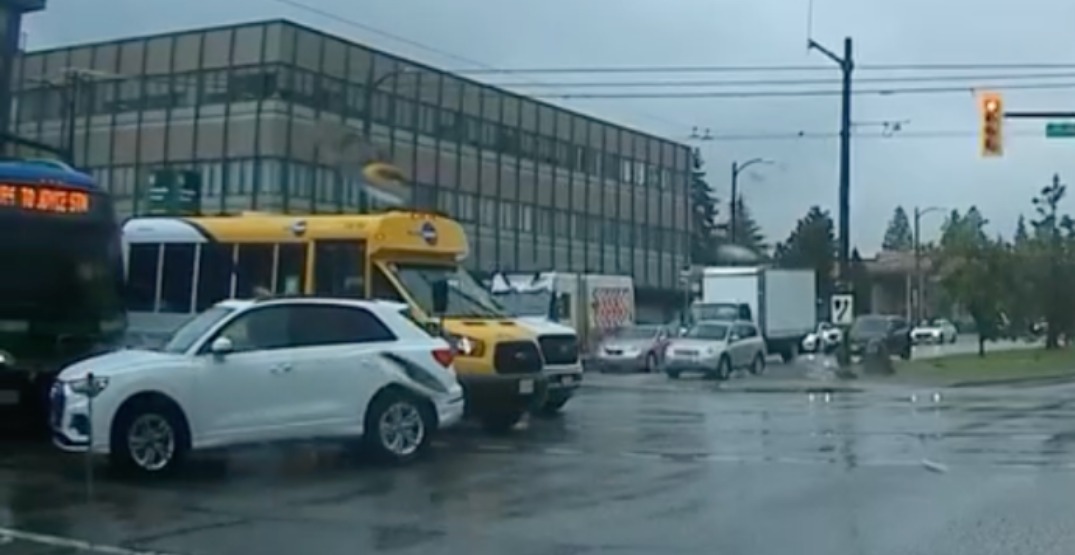 Before the driver reached the concrete island, they went into an intersection — right in front of two buses and several cars.

As you might expect, that did not go over well with the other folks on the road.

Someone in the video can be heard leaning on their horn as the white SUV gradually moves out of the way and approaches a nearby sidewalk.

Then they roll up onto the sidewalk, past a pedestrian, and onto the other side. 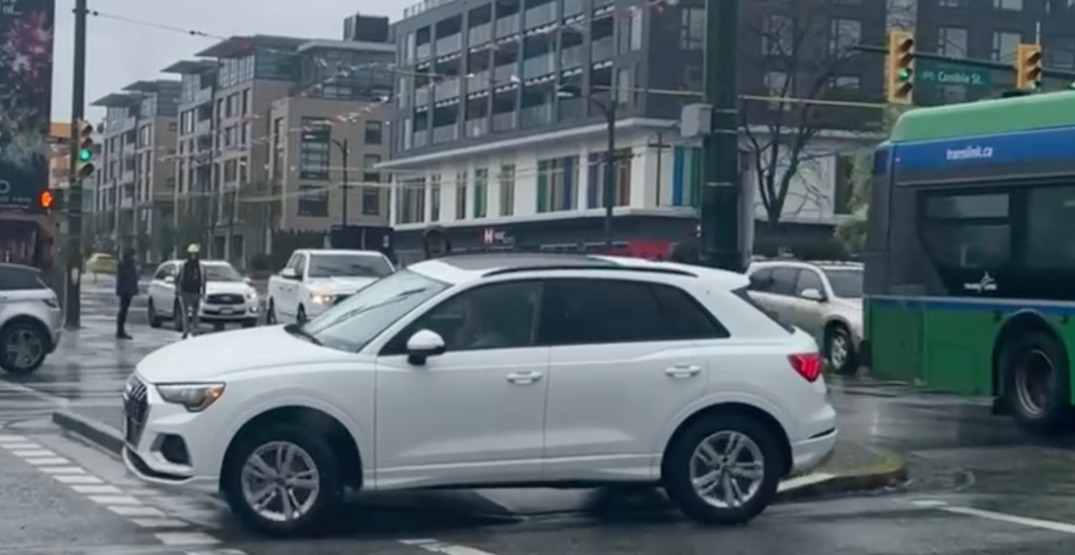 The founder of the Instagram account says he thinks the pandemic kept people inside, so they got rustier behind the wheel over time.

“People are also, I’m finding, more and more pushy when it comes to driving,” he says. “I was just driving yesterday and people seem very aggressive and angry.”

Viewers also weighed in through the comments section of the post to express their shock and disapproval.

One commenter said, “These kind of drivers shouldn’t have been given a driver’s license!”

Another added, “Dude should not be on the road.”

The Vancouver Police Department told Daily Hive in an email sent May 7 that they weren’t notified of the incident.