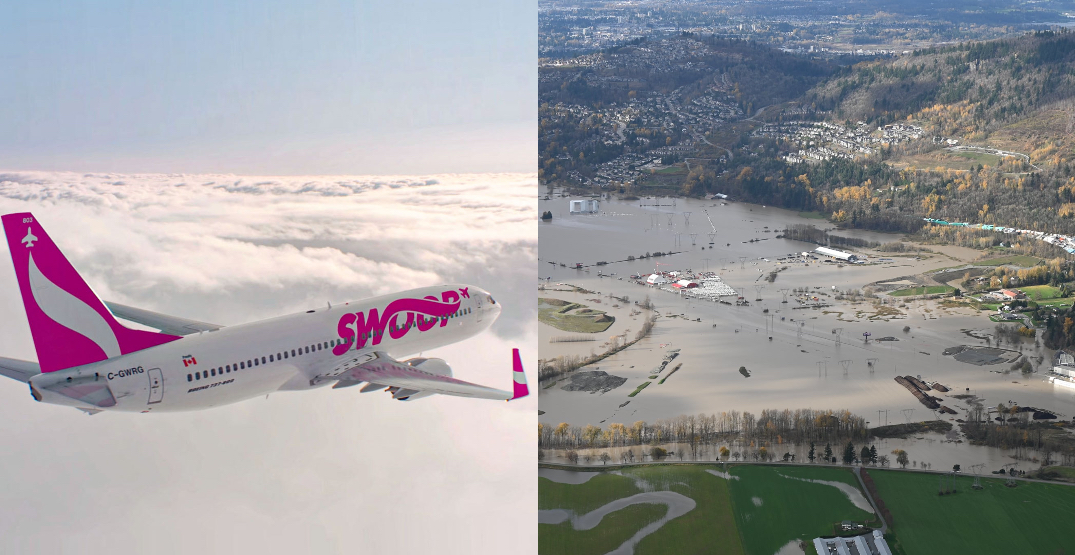 Since BC was inundated with heavy rains and flooding, support and assistance are coming in all kinds of ways. Now, an airline is stepping in to help provide affordable transportation to those affected.

In a statement on Friday, Swoop shared that in an effort to assist BC communities affected by flooding, they would offer new flights.

Swoop has added new flights connecting Abbotsford (YXX) and Kelowna (YLW) for travellers “in immediate need of transportation or those travelling to assist in the recovery efforts and emergency response,” said Swoop.

“These flights were added to Swoop’s network at our own volition to support travellers who require immediate transportation into or out of BC or connectivity between Abbotsford and Kelowna,” said Swoop.

The flights have been discounted to below-average base fare pricing so that they’re accessible for travellers.

“We have also implemented measures to cap the prices on these flights so that fares do not fluctuate based on demand,” said Swoop.

They’re also allowing for a “flexible change policy” for travellers with bookings to and from Abbotsford and have added increased flights connecting Edmonton (YEG) to starting at CAD $49.

Abbotsford Airport was not affected by recent flooding in the Fraser Valley.

According to an update from the airport on Wednesday, November 17, the airport is fully open and operational.

The highway connecting Abbotsford to Metro Vancouver is open and unaffected by flooding. However, further east on Highway 1, the roads are still closed.