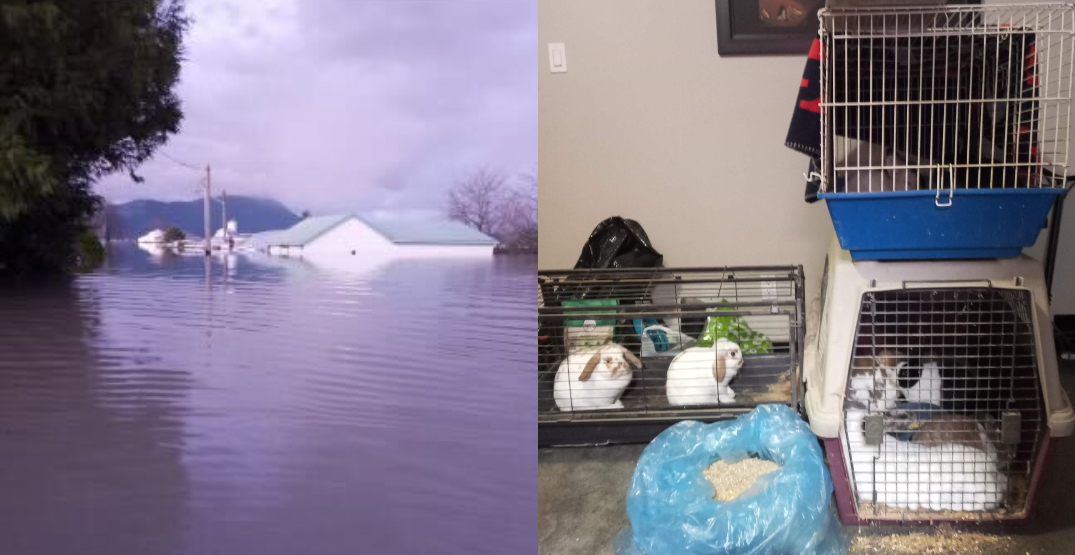 A Lower Mainland woman who provides a sanctuary for close to 300 animals in the Fraser Valley is overwhelmed by an outpouring of community support after losing everything to flooding.

Joanne Beaulieu has dedicated her life to helping animals. She and her husband, Mike Douglas, woke up on Monday morning to floodwaters creeping up on their Fraser Valley property.

An hour later, the water had come up two feet, then another four. 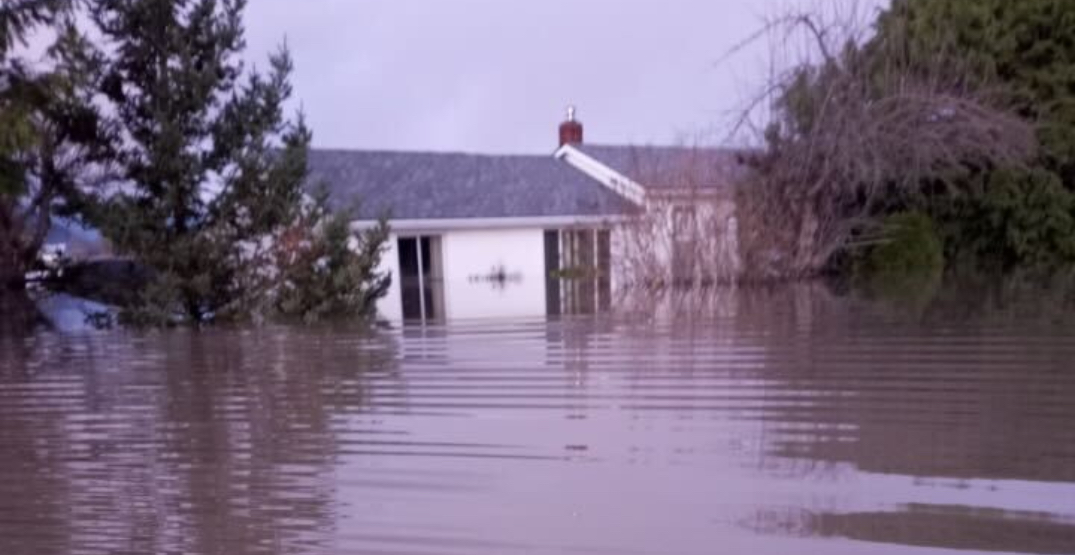 They started moving animals right away, beginning with the largest: all the sheep, four horses, and 22 goats.

With the large animals brought to their neighbours’ homes, they put the eight dogs and 24 rabbits in crates.

The rabbits were among the last to leave on a gravel truck, which sits higher than most vehicles because, at that point, no one else would be able to drive out of the flooded area.

They’re now safely with Rabbitats. “She had a lot of animals. We just took her 20 rescue rabbits, five chickens, and a pigeon,” said Sorelle Saidman from Rabbitats. “We were closed for intake because we’re so full, but we couldn’t say no to these guys.”

Joanne said that while they could get 95% of the animals out safely, not all were able to be rescued.

“I still have one peacock left and about 20 pigeons, but we lost probably at least a hundred birds and a couple of cats,” said Joanne.

The support from the community has been overwhelming and surprising. Joanne told Daily Hive that two people, “Robby” and “Dadmehar,” even came from Richmond in wetsuits and jet skis to help.

Together, they found some cats still alive, and Joanne and Mike suited up in hip-waders to save more animals. 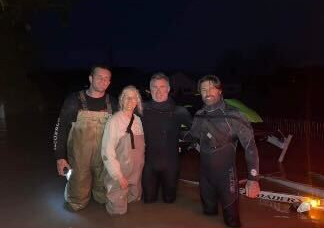 Since the flood, word of Joanne’s animal sanctuary has spread thanks to friends, family, and neighbours.

“I’ve always kept to myself. I just live my life with all these animals. I’ve devoted my life. That’s all I do from the morning to night is take care of these animals,” said Joanne.

“I am overwhelmed with the kindness of people. It’s just been unbelievable.”

She credits her stepdaughters, Michelle Douglas and Sara Rampfl, and her stepson, Gordy Douglas, for their help and support.

You can learn more and donate to help Joanne’s animal sanctuary recover by supporting the Go Fund Me set up by her family. As of early Friday afternoon, it had already received $28,920 of its $50,000 goal.

“I’m amazed at the people who are donating because… there is no one single thing that is salvageable,” said Joanne, who estimates the costs to clean up and start again to be in the range of $60,000 to $80,000.

“I’m usually the one helping everybody, so I find it very amazing that now people are stepping up and helping me,” said Joanne. “I just have always done this on my own.”