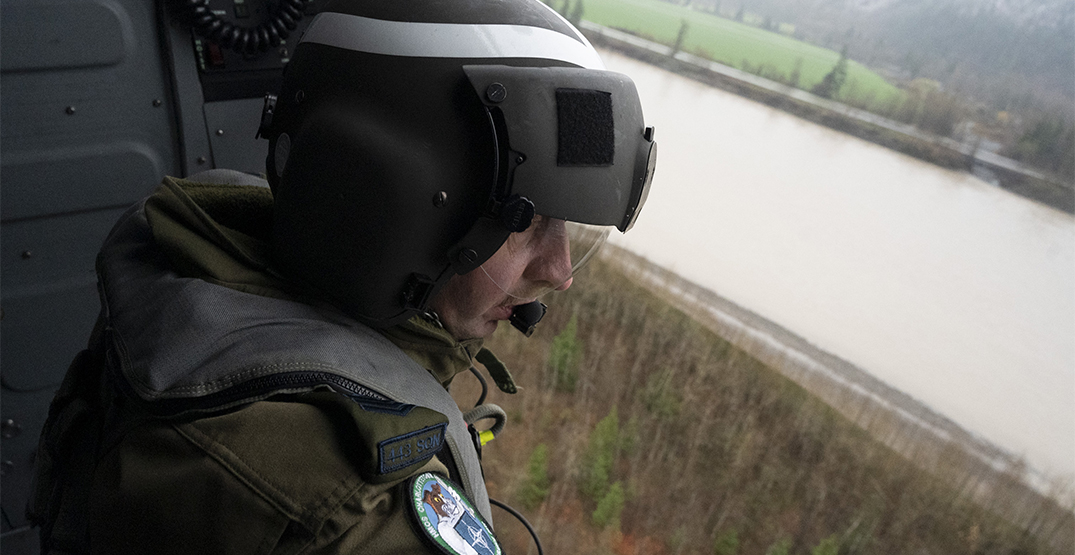 Canadian soldiers landed in Abbotsford, BC Thursday evening to help the community devastated by flooding over much of the low-lying Sumas Prairie.

The military shared photos on Twitter of the uniformed officers boarding their Hercules aircraft in Edmonton headed for BC.

The army’s first task is building a 2.5-kilometre long levee, essentially a mount of sand, to divert water that’s still coming from the Nooksack River south of the border.

The operation is supposed to prevent even more water coming to low-lying agricultural region, but it could result in up to 12 homes being flooded, Abbotsford Mayor Henry Braun said during a news conference Thursday.

“This event is not over by any means,” he said.

It’s critical that work be completed quickly because more rain is expected to hit the region starting Monday, according to Environment Canada.

Abbotsford police also shared more aerial photos Friday morning of the city that’s still underwater. They have asked people not to fly drones over Sumas Prairie because they could interfere with damage assessors in planes.

Daily Hive has reached out to the Ministry of National Defence for more details on what else the military will be doing to help British Columbians.