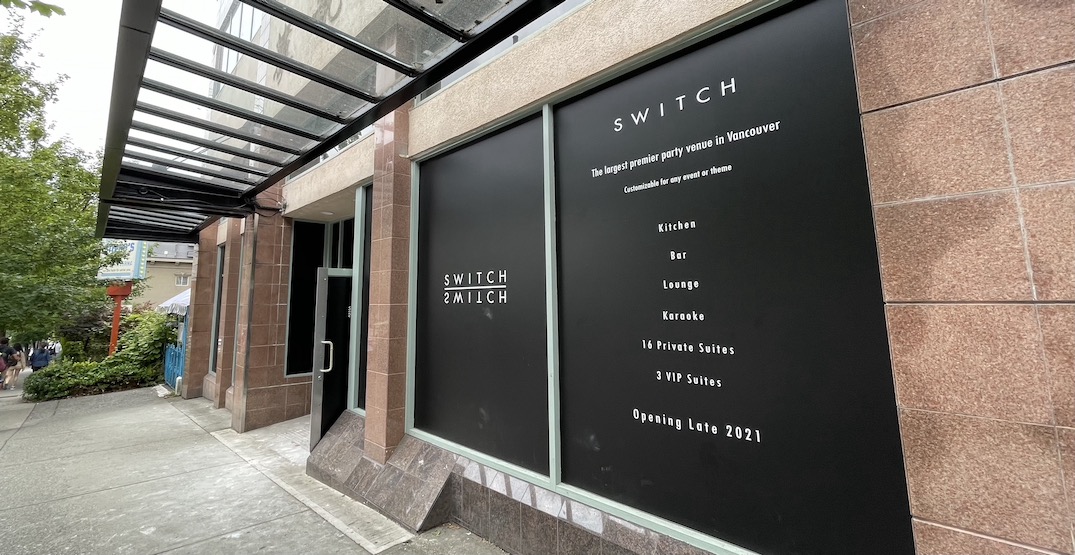 We’d be lying if we said we haven’t missed tearing up the dance floors in our beloved local karaoke bars and clubs over the last year or so while belting out our favourite tunes.

One of our top spots to do this normally is Robson Street’s popular Fantacity karaoke bar, and we’ve just learned the folks behind that establishment are launching an all-new concept: SWITCH.

SWITCH is advertised as “Vancouver’s largest premier party venue,” and it’s set to open in late 2021.

Located at 1339 Robson Street (formerly Hon’s Wun-Tun House), SWITCH describes itself as a kitchen, bar, and lounge as well as a new karaoke destination.

The venue will offer 16 private suites and three additional VIP suites, according to signage.

According to SWITCH, each of its private rooms will be equipped with a Healsonic karaoke system which offers 200,000 songs in 15 different languages like Japanese, Chinese, French, Spanish, and Russian to name just a few.

This system also boasts 36,000 English songs, which are updated monthly.

We’ll keep you posted on more details about this concept as they are revealed, stay tuned!