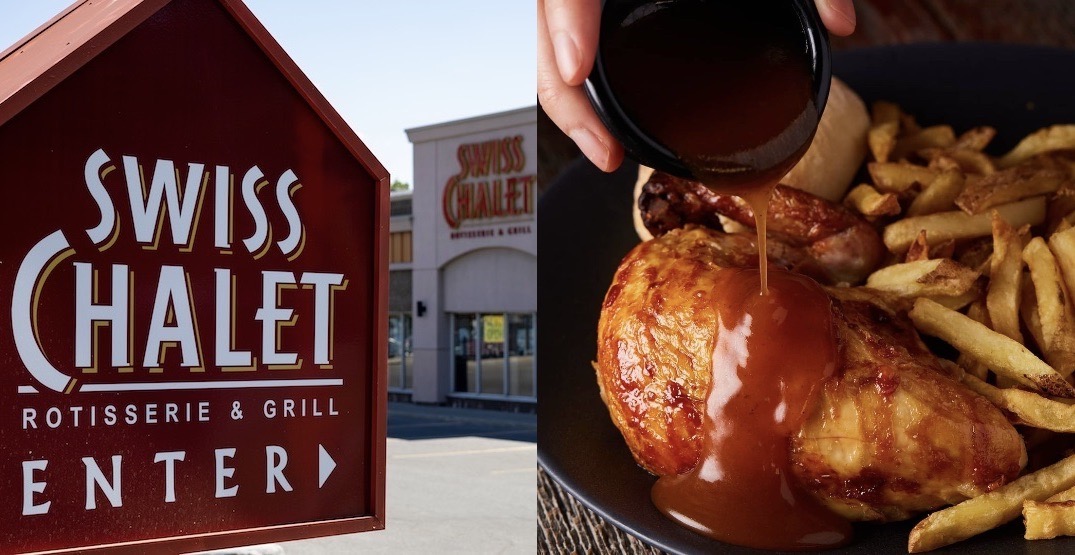 Fans of Swiss Chalet in BC have been through a rollercoaster of emotion these past few months. But things are looking up for supporters of the Toronto-born restaurant chain…at least for the short term.

In December 2021, the province’s last remaining outpost in Burnaby, located at 3860 Lougheed Highway, confirmed to Dished Vancouver that it would be closing at the end of the year.

Just ten days later, the restaurant confirmed the closure had been averted. On December 22, 2021, the lease was extended, meaning it would not be closing as scheduled.

Swiss Chalet Burnaby then entered into a 90-day agreement with its landlord which extended operations until March 31.

In January 2022, Swiss Chalet told Dished that the Burnaby location was continuing to “work through options that may allow us to be open for many years ahead.”

Now, we’ve learned that Swiss Chalet Burnaby has been granted an extension that will see it remain open through to the end of the summer.

We are told that there are no further details to share beyond this update. We’ll keep you posted if anything changes!