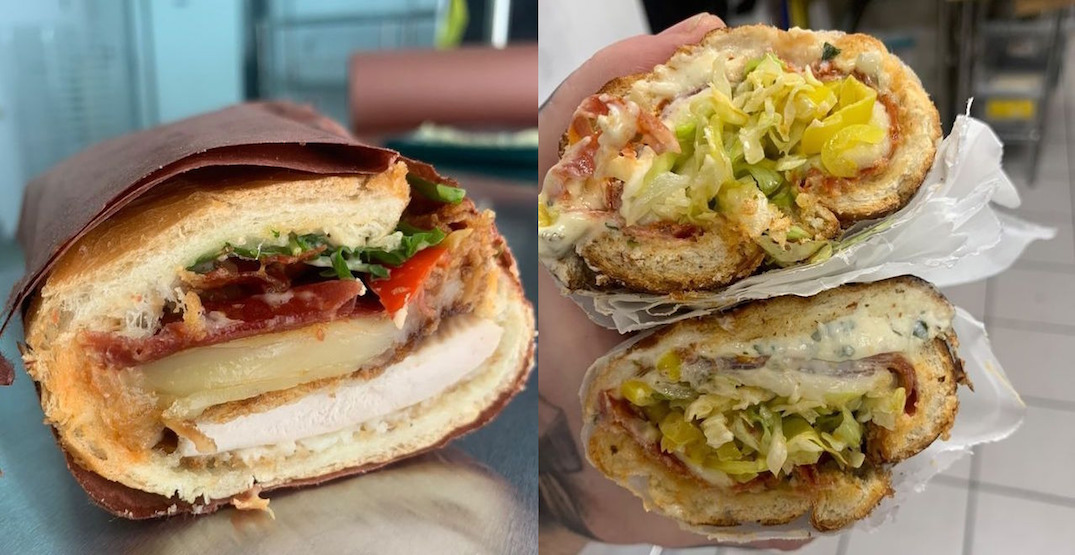 Vancouver is getting a new deli concept, but with a twist.

If you haven’t heard of the ghost kitchen concept before, it’s when a restaurant doesn’t actually have a brick-and-mortar storefront but instead just operates out of a kitchen – often a shared commissary space – and only offers pick-up or delivery options.

It became a popular model during the pandemic when places either couldn’t afford to continue making the rent on their in-person dining storefronts or decided to just turn to delivery-only models because of health restrictions on dining-in.

Nino’s Sandwich Deli is a new, straight-to-ghost kitchen concept opening up in Vancouver at the end of this month.

The deli tells Dished that the idea is “very much driven [by] a New York bodega-style [deli] with a strong Italian influence.”

Operating out of a brand new commissary space, which will also be home to other ghost-kitchen spaces, Nino’s plans to offer the same kind of experience you’d get at a deli, even if there’s no actual storefront.

You’ll be able to grab sandwiches to-go, as well as pasta kits which will include fresh-made pasta and house-made sauce.

Expect sandwich offerings like the chicken saltimbocca, chopped cheese, porchetta, gabagool (shout out to all the Soprano’s fans out there), caponata (a vegetarian option), meatball, as well as a rotation of seasonal specials.

Nino’s deli goods will be available for pick-up from its location at the new Holy Cow Foods Inc. Commissary Kitchen at 855 Terminal. It’s a bright pink and green building that is “pretty hard to miss,” we’re told.

To start, the goods will be available for delivery through apps like Uber Eats and Doordash, with plans to have its own platform for orders in the future. You’ll be able to find Nino’s offerings online starting around the end of May, we’re told.

Address: For online orders with delivery or pick-up only; 855 Terminal Avenue, Vancouver