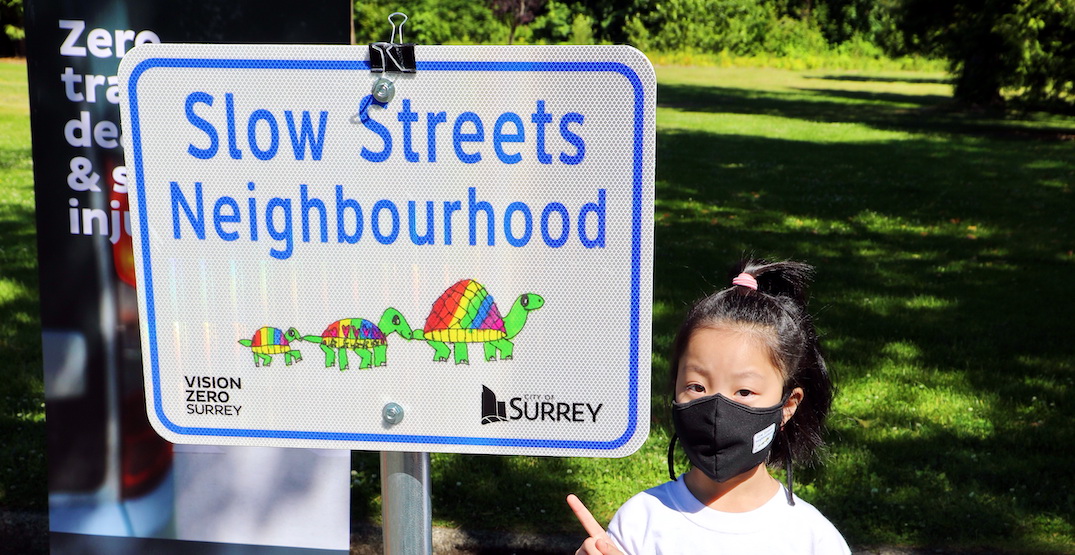 The new speed limits began today and will remain in effect for one year. Drivers entering a neighbourhood in the pilot project will see new unique signage, designed by children in each community, that shows the updated speed limits.

These are the borders of the six zones under the “Slow Streets” pilot project:

These neighbourhoods were selected based on the location’s demographics, and known speeding issues, safety issues, and community amenities. 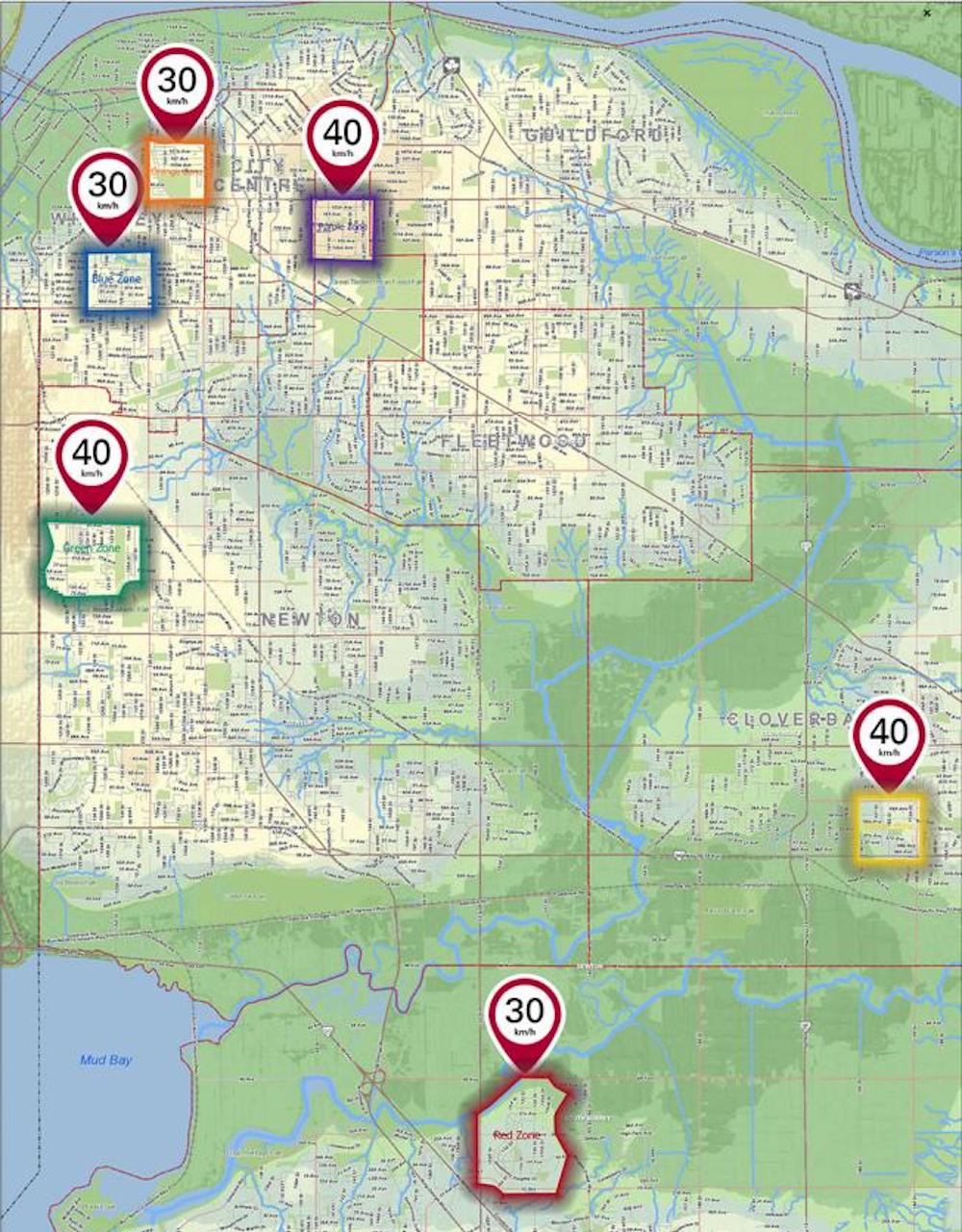 Map of “Slow Streets” zones in Surrey. (City of Surrey)

It is asserted that the lower speeds will help prevent crashes, reduce the severity of crashes that happen, reduce vehicle noise, lower greenhouse gas emissions, and increase the perception of safety for area residents so they can feel more comfortable walking and cycling.

“We know that high speeds pose a serious danger to the driver, cyclists and pedestrians, which is why council approved the Surrey Slow Streets pilot project,” said Surrey mayor Doug McCallum in a statement.

Over the course of the coming year, city staff will monitor vehicle speeds, the number of crashes, and gauge the perception of safety amongst residents in the zones. If the findings show an improvement, the municipal government will consider expanding the lowered speed limits to other residential neighbourhoods.

Earlier this spring, Burnaby enacted extended 30 km/hr school zone hours, adding a combined total of six hours by starting the speed limits earlier in the morning and later into the night. And last year, Vancouver approved a policy to expand the 30km/hr speed limit in school zones and near playgrounds to 24/7.