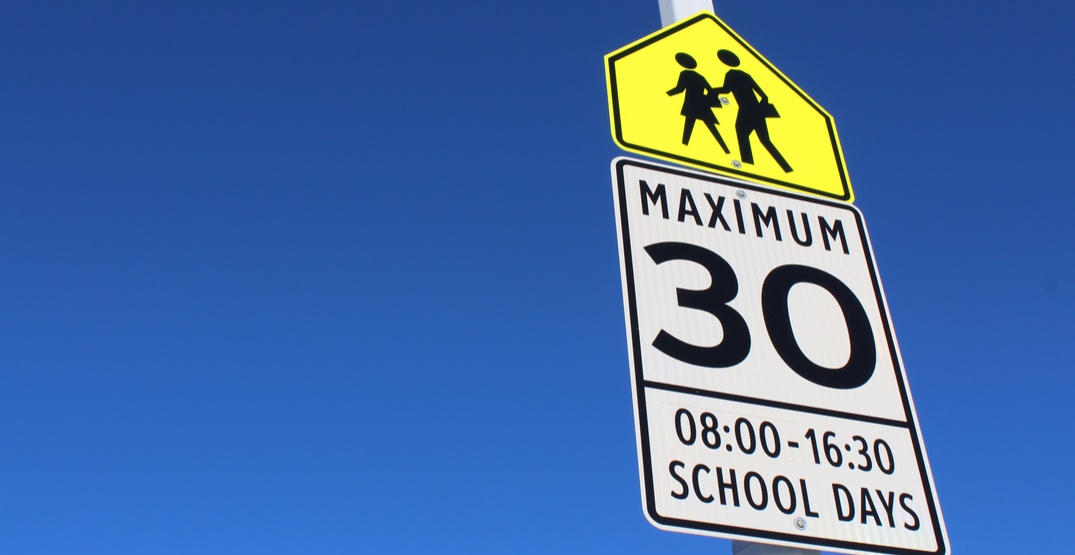 During Tuesday’s council meeting, the City of Vancouver approved a number of programs to enhance safety in local neighbourhoods.

One of the most notable changes includes expanding the reduced speed limits in school zones and playgrounds. Currently, the speed limit in affected areas is reduced to 30 km/h on school days between 8 am and 5 pm.

Now, the city says that changes have been approved to the Street and Traffic By-law, implementing a 30 km/h speed limit all day, every day. The decision supports an earlier motion that was passed in late 2019 built around “Improving Transportation Safety around Vancouver Schools.”

According to a city report, the Vancouver Police Department (VPD), ICBC, and Vancouver Coastal Health are all in support of this adjustment. City staff will begin working with partners to “develop a multilingual communications and outreach campaign” to notify the public of the change.

Tuesday’s meeting also included details on a pilot project to reduce speed limits on side streets and residential areas. The idea was first brought to light by Councillor Pete Fry and was passed by council last spring.

City council approved a “slow-zone” pilot project that will reduce speed limits on specific streets to 30 km/h. Areas would selected based on current vehicle speeds, the density of vulnerable residents, serious collisions, and nearby amenities such as community centres and schools.

The first slow-zone will be located in Vancouver’s Grandview-Woodland neighbourhood, with other local streets expected to be added at a later date. This slow-zone specifically will be bound by Clark Drive, 1st Avenue, Commercial Drive, and Grandview Highway North. 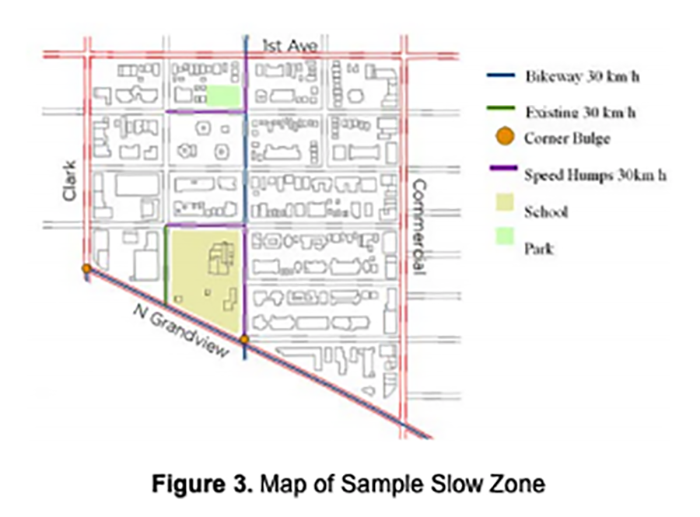 A map of a sample “slow-zone” in Vancouver. (City of Vancouver)

City staff say that they’ve also approached the provincial government with a proposal to test blanket speed limits on local streets. This would target areas with a history of collision or high density of vulnerable road users while significantly reducing the cost of implementing a slow zone.

Blanket speed limits across the city are expected to be in place as early as 2021, according to a city staff report.