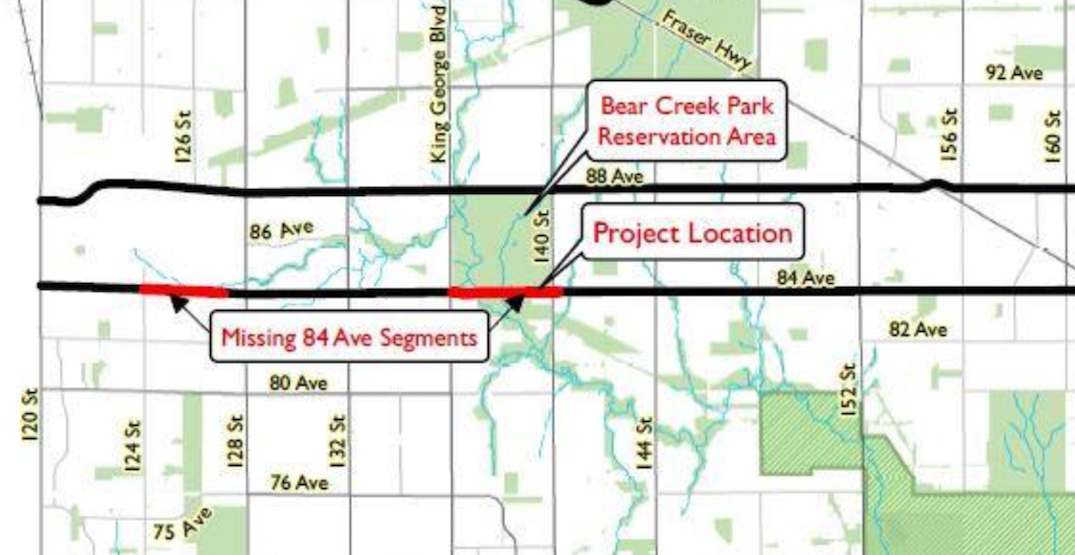 Two missing segments of 84 Avenue will be completed. (City of Surrey)

The municipal government is planning to extend 84 Avenue south of BC Hydro’s Ingledow substation from 124 Street to 128 Street, and south of Bear Creek Park from King George Boulevard to 140 Street.

Filling the two gaps of 84 Avenue in Surrey would create a new major east-west route across the city, and reduce traffic congestion and collisions.

Extending 84 Avenue immediately south of the park within the existing road allowance and under the BC Hydro power lines is expected to have the specific effect of reducing severe congestion at the intersection of 88 Avenue and King George Boulevard. The intersection is deemed the most dangerous in Surrey for vehicle collisions and the third-highest for collisions in BC. 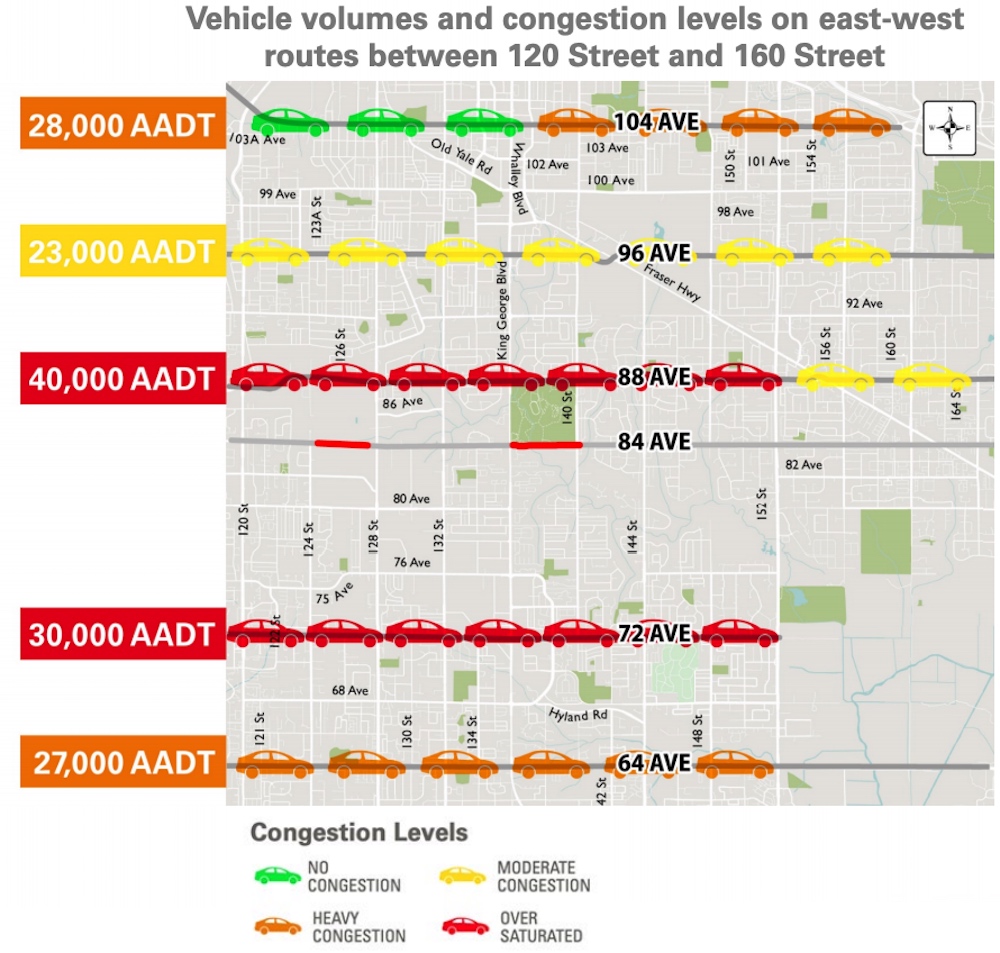 Currently, 88 Avenue on the north side of the park is the only continuous route across the city between 64 Avenue and 96 Avenue, resulting in the funnelling of east-west traffic. With a volume of 40,000 vehicles per day, it is Surrey’s busiest east-west corridor.

All of the other options demand private property requirements and impact parks. 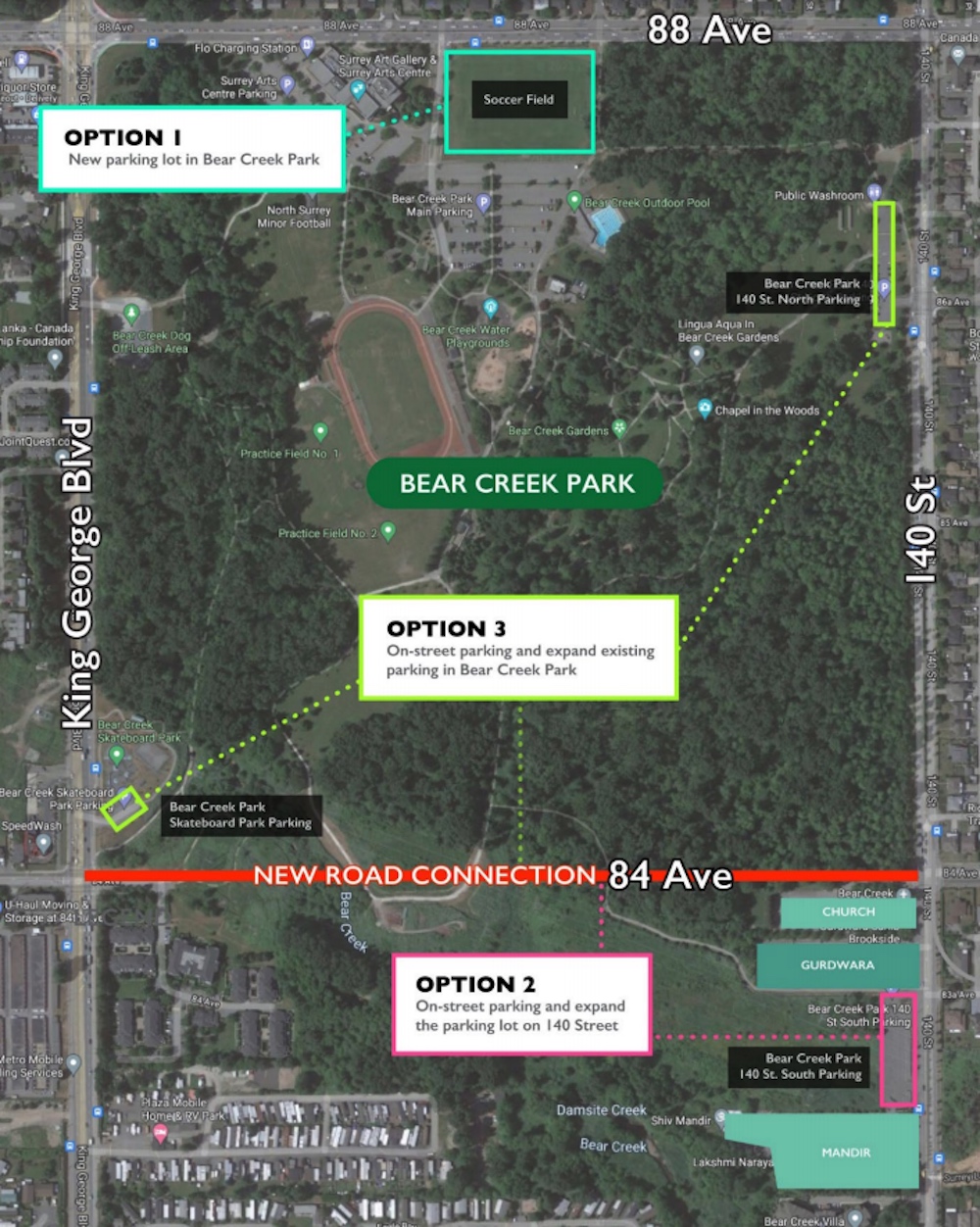 Proposed alignment for the 84 Avenue extension from King George Boulevard to 140 Street, south of Bear Creek Park. (City of Surrey) 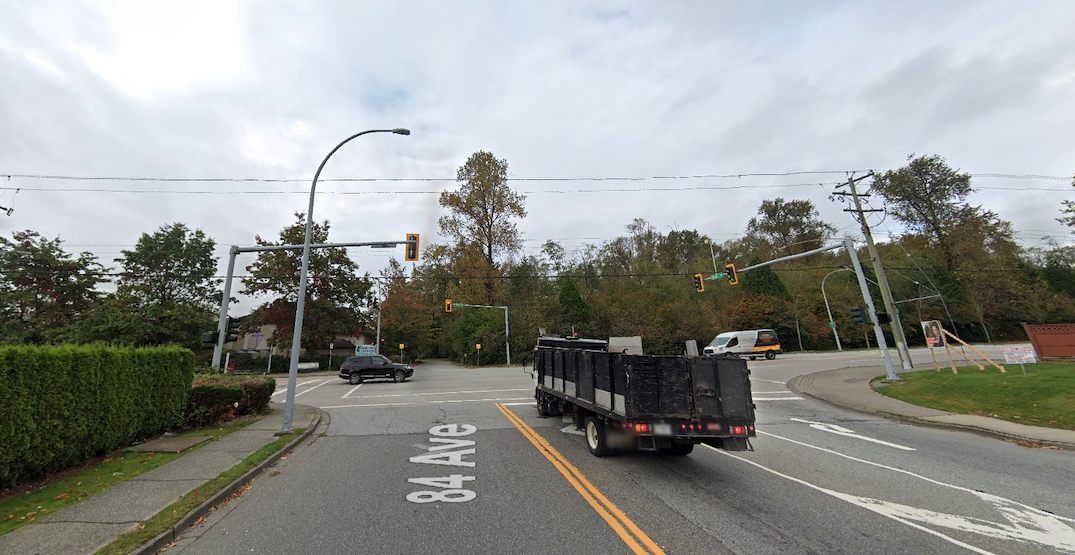 84 Avenue’s dead end at the intersection with 140 Street, on the east side of Bear Creek Park. (Google Maps)

The design of both segments south of the substation and park will also include pedestrian and cycling pathways, and improve public transit, both in terms of accessibility to existing and future RapidBus services, and the future Surrey-Langley SkyTrain extension on Fraser Highway. It would also allow for increased bus service on 84 Avenue in the future.

Additionally, the eastern segment would improve accessibility to the park, which is slated to see a new 2,200-seat athletics stadium. An additional 200 vehicle parking stalls are needed to serve the facility.

As part of the SkyTrain extension project, there are also plans to widen Fraser Highway between 140 Street and 148 Street — within Green Timbers — from the existing two-lane width to a new four-lane standard. 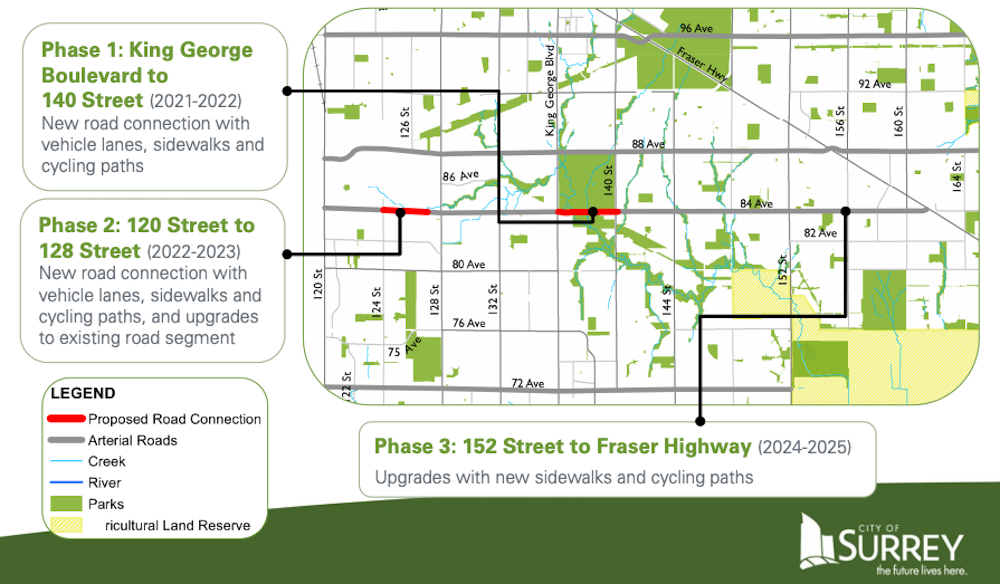 Two missing segments of 84 Avenue will be completed. (City of Surrey)