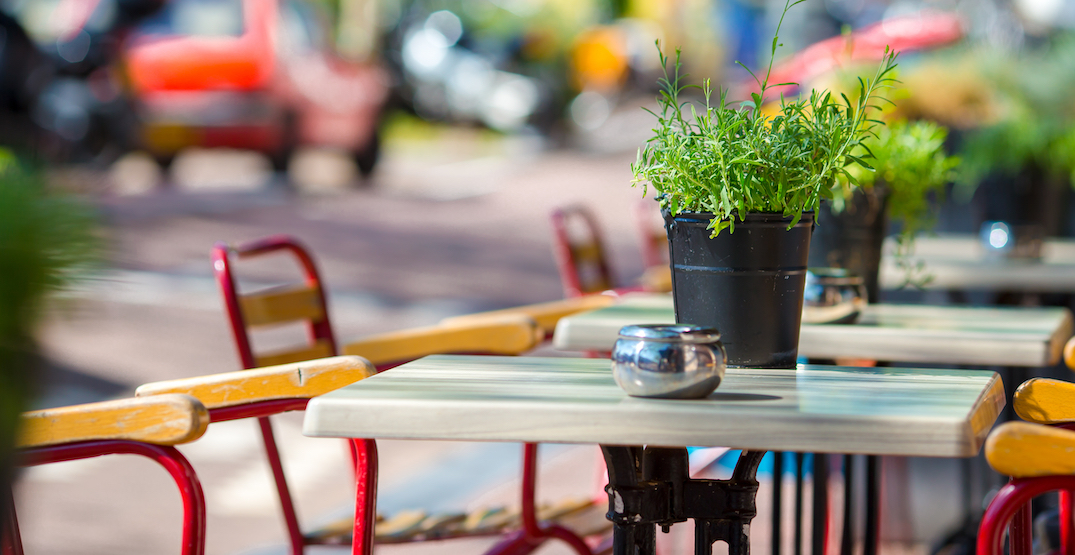 New temporary public realm measures to support struggling businesses in Surrey were passed by City Council in a meeting on Monday evening.

The City of Surrey’s new policies will create a path forward for businesses to establish customer queuing spaces on sidewalks, and restaurants to turn outdoor parking spaces into patios to expand their sit-down dining capacity.

These are being approached as “simple and flexible” pilot initiatives to allow businesses to reopen and follow the provincial government’s capacity restrictions to support physical distancing.

“Restaurants and retailers are the backbone of our local economy, that’s why council has made it a priority to help them recover and succeed as we gradually reopen under BC’s Restart Plan,” said Mayor Doug McCallum in a statement.

“Surrey’s Parking to Patios and Sidewalk Queuing Space initiatives will give businesses the opportunity to maximize use of outdoor areas while complying with physical distancing and reduced occupancy requirements due to COVID-19. I encourage everyone to support your neighbourhood restaurants and shops as we safely move forward through Phase 2.”

Technical guidelines for businesses to follow have already been made available, including the possibility of reallocating road space. The application processes for both uses will be streamlined and expedited under a three-day approval timeline.

According to a city staff report, a two-metre width of the sidewalk must be retained for both queuing areas and patios.

A repurposed curbside lane for queuing must have a 1.5-metre width for patrons and a 0.5-metre width as a buffer from the travel lane. For patios, a 2.5-metre width is dedicated for seating, and a 0.9-metre width buffer is needed from the parking or travel lane. Arterial roads and other higher travelled roads will require a greater level of protection.

Landscaped areas are not permitted, and bus stops and benches must remain accessible.

With reallocating privately-owned parking spaces, such as those on a strip mall, no more than 50% of the stalls can be used for queuing or patios. Accessible parking stalls cannot be repurposed.

The parking to patio application necessitates a simple sketch plan of the proposed outdoor space being converted to seating, landowner approval, proof of insurance, and an indemnification waiver. There is also a $200 application fee, however, other permit fees for using roads and obstructing traffic will be waived.

There are also mandatory traffic safety costs of $500 for local roads and low-traffic collector roads, such as traffic cones, pylons, and temporary signage.

The cost is significantly higher for arterial roads and high-traffic collector roads, estimated at about $1,400 per parking stall from the installation of jersey barriers. But the municipal government will equally share the costs of installing and removing these barriers after September 30, when the temporary permitting ends.

As for sidewalk queuing space, all businesses can apply for these feature, which entails pavement markings — such as tape or paint to mark proper physical distancing — and line-up signage. No street furniture is permitted.

A number of other municipal governments in the region have adopted or are in the process of adopting and launching their streamlined guidelines and applications for queuing and patios.

The City of Vancouver is expected to launch its online application for expedited and flexible patios next week, but at this time the precise guidelines have yet to be released. Vancouver is aiming to approve small patio applications within 48 hours, but larger and more complex applications will require more time.

It is also working with businesses to create queuing spaces on sidewalks and the curbside lane, and is creating up to 50 km of “slow streets” for walking and cycling.