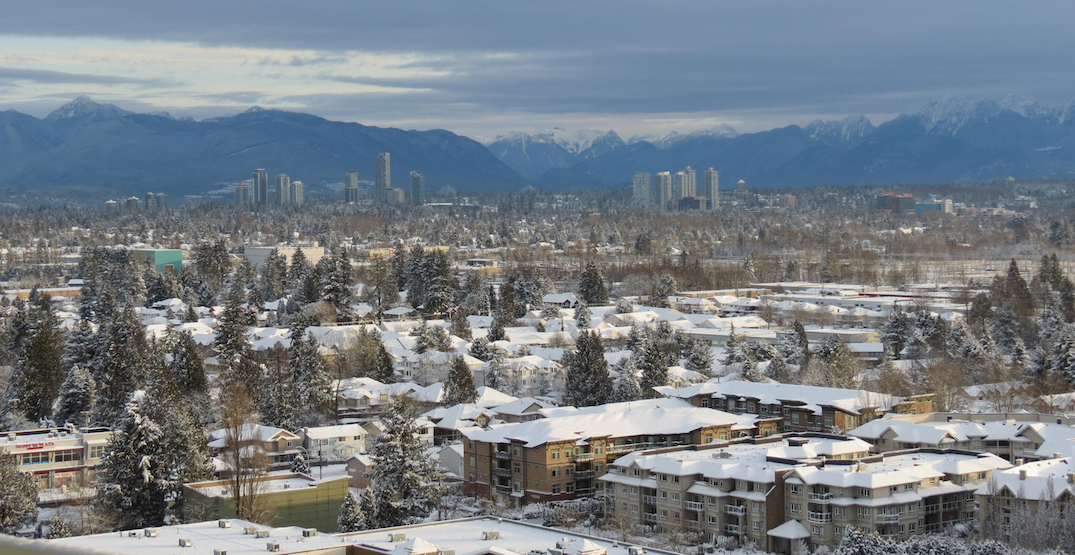 The Surrey skyline during snowfall. (Shutterstock)

This helps support the City of Surrey’s operating budget of $528 million in 2022, representing an increase of $26 million in revenue compared to the previous fiscal year. The property tax increase will account for $11.6 million of the revenue growth.

In addition to the increase in the property tax, there will also be similar hikes in the municipal portion of fees for water and sewage connections, and solid waste disposal services, as well as the flat-rate parcel tax on each property, which tripled to $300 in 2021.

“With the ongoing uncertainty around COVID, Surrey City Council has taken the position to maintain the property tax rate increase to 2.9%,” said Surrey mayor Doug McCallum in a statement.

“Surrey’s property tax rate has remained constant for the fourth year in a row and we believe it is important for our residents to not be presented with an unexpected tax burden. While we are holding the line on property taxes, Budget 2022 has also built in new projects that will benefit the people of Surrey.”

But during the deliberations in the meeting, the city saw criticism from several public speakers for the perceived rush in its review of the 2022 budget, which was only released for public review late Friday afternoon — less than five days ago. Surrey Board of Trade CEO Anita Huberman commented there was a lack of public consultation in the process, and that the public required more time to learn about the details and provide input.

The 2022 operating budget also sets aside $195 million for the annual operating costs of the new Surrey Police Services, which includes $96.7 million in funding to the RCMP for its proportionally reduced level of policing, as the city continues to transition and grow its new municipal force. The budget notes that the transition costs to the SPS are higher than expected.