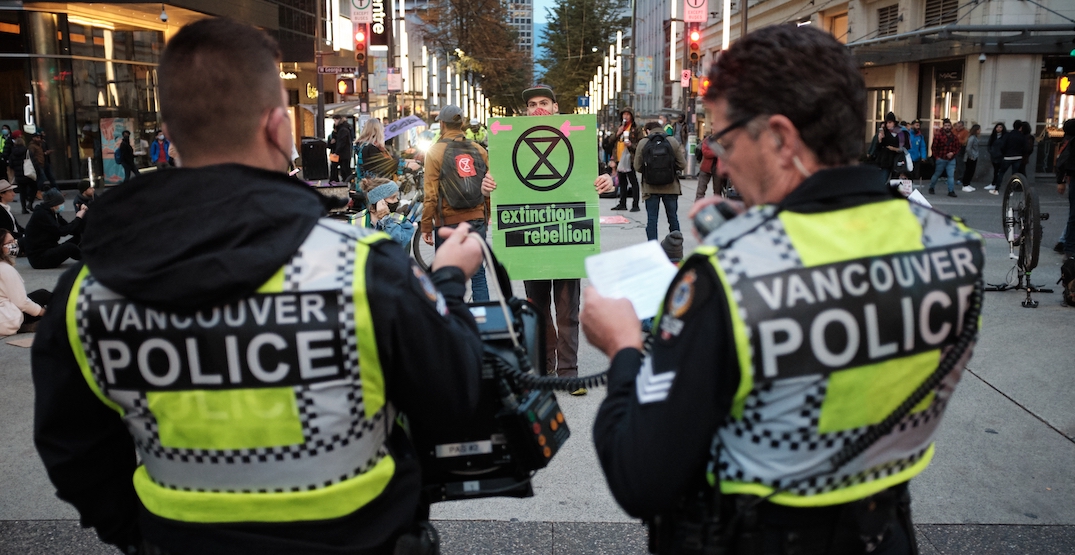 A growing number of experienced and trained officers with the Vancouver Police Department (VPD) are leaving the force for the South of Fraser’s newest force, the Surrey Police Service (SPS).

One city councillor is sounding the alarm over the rate of attrition and what this means for the VPD’s ability to ensure public safety within Vancouver. The provincial government responded this week by putting a limit on the size of growth for the SPS in 2022.

“Surrey is entitled to create its own police department, but it shouldn’t be done at the expense of public safety here in Vancouver or any other municipality in the region,” said TEAM councillor Colleen Hardwick.

“The VPD has already lost 21 officers to Surrey, so I applaud the provincial government’s cap. The alternative is a serious public safety issue right across Metro Vancouver.”

Hardwick urges Vancouver mayor Kennedy Stewart, who chairs the VPD’s board, to “stand up” for Vancouver residents and tell Surrey mayor Doug McCallum to “stop poaching” officers from the VPD.

She suggests Vancouver needs “every police officer it has and more.” Over the past two years, violent and property crime and overall public safety have become a paramount issue for residents and businesses in and around the downtown Vancouver peninsula. The VPD has been responding by deploying more officers to patrol the city centre since early this fall.

The region’s largest protests and other acts of civil disobedience, often disrupting traffic on major arterial roadways, also largely occur in Vancouver and have been happening with increased frequency in recent years.

“The fact that so few Surrey RCMP are moving to the SPS means Doug McCallum is doing everything he can to recruit from other police departments, and that is a serious problem for public safety,” said Hardwick.

“Mayor McCallum thought Surrey RCMP officers would just move over to his municipal force, but that’s not happening. As a result, every other community’s public safety is being compromised as the SPS tries to recruit across the region… Surrey’s recruitment problems should not be allowed to jeopardize policing or safety in our city or any other community.”

SPS previously indicated it was aiming to have 50 officers conducting duties by the end of November, as part of the municipal government’s direction to completely transition away from the Surrey RCMP.

For years, the VPD has been struggling to hire new recruits to meet growing demand — especially in relation to the opioid crisis — and to cover the regular rate of attrition of about 50 officers retiring annually. VPD leadership previously warned their officers would burn out from responding to the unique issues in the region that are centred in Vancouver, especially those relating to mental health and addictiobs.

As of early 2020, about 41% of VPD staff live in Surrey and its neighbouring suburban communities outside of their place of work of Vancouver. Naturally, it is expected many officers would want to work closer to where they live.

“The VPD faces an impending threat to retaining talented staff, as invariably a portion of its sworn officers and civilian professionals will transfer to the new Surrey Police Department,” wrote Barj Dhahan, the finance committee chair of the VPD board, in a letter to city council in April 2020.

“It will take the VPD years to recover from this loss due to the significant lead times needed prior to new staff being deployable. It typically takes over one year to recruit, screen, train and mentor officers prior to their deployment.”

Dhahan also noted city council’s December 2020 decision on the 2021 budget of providing the VPD with $5.7 million less than it requested meant the force could not hire 61 new recruits this year to tackle some of its workforce challenges. As a result, the VPD’s staffing levels are below those of 2009.

The shortage of officers spans across BC. Victoria Police Department, for instance, is providing a one-time $20,000 hiring incentive for new recruits.

In 2018, acting on one of their key election campaign promises in a bid to improve accountability and services, McCallum’s Safe Surrey Coalition approved a transition plan to leave the Surrey RCMP and proceed with its own municipally-governed and operated police force.

VPD and the City of Vancouver subsequently reached an agreement with the City of Surrey to provide assistance with developing the structure and operating model of the SPS. The provincial government provided the necessary approval for Surrey’s transition to the SPS in 2021.

A community group fighting against the plan, for reasons that include the municipality’s higher cost than funding the Surrey RCMP, failed with its initiative of pursuing a binding referendum on the SPS. However, last week, Elections BC declared their initiative petition process had failed, as it did not gather signatures from at least 10% of the registered voters in each of the province’s 87 electoral districts in order to be successful.

The initiative reported it collected 42,942 signatures from Surrey residents, which exceeds the 10% threshold of Surrey’s eligible voters, which Election BC indicates as 35,056 signatures.

“It was clear upon submission that the petition did not receive the required number of signatures in each electoral district. As a result, Elections BC will not be counting or validating any of the signatures submitted,” reads a release by Elections BC on November 16, 2021.