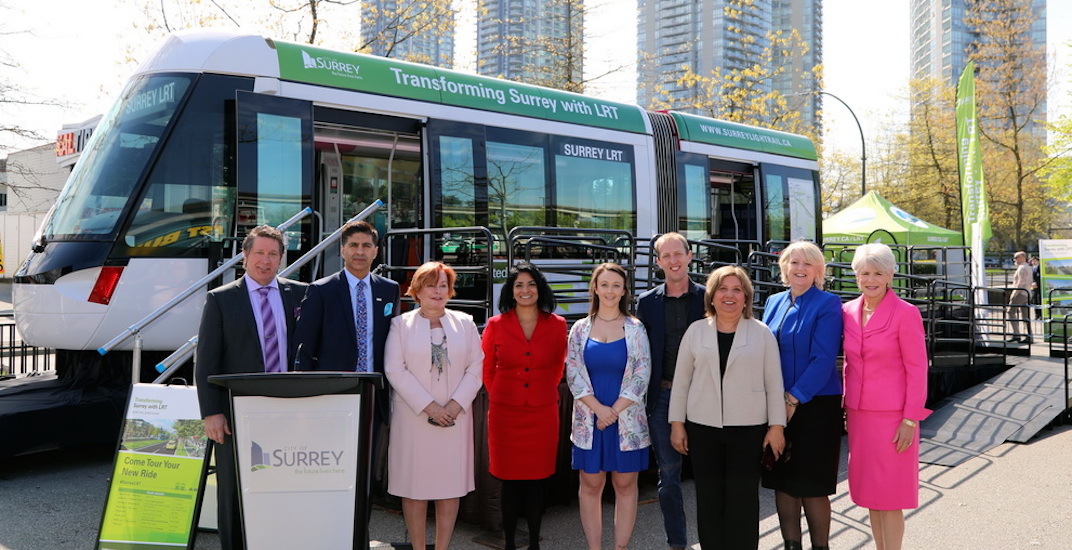 Against the rising tide of opposition, the City of Surrey is adamant about having residents across the region get used to the idea of ground-level light rail trains running on the city streets.

Ahead of the start of the public consultation phase for the Surrey Newton-Guildford (SNG) LRT project later this year, the municipal government today rolled out a life-sized model of a light rail vehicle.

The model train will be touring communities and events in Surrey over the next nine weeks between now and Canada Day. Visitors can walk inside the train and experience the vehicle.

“By having a Light Rail Transit Vehicle for our residents to explore will allow them to see firsthand the urban-style LRT that is coming soon to Surrey,” said Mayor Linda Hepner in a statement. “This sneak peak of what is to come in Surrey will allow our residents to learn more about LRT and how it is an integral component of Surrey’s city building vision.”

But this is not the model of train that will be used for the SNG LRT. That decision has not been made, and will only be determined following a future procurement process. 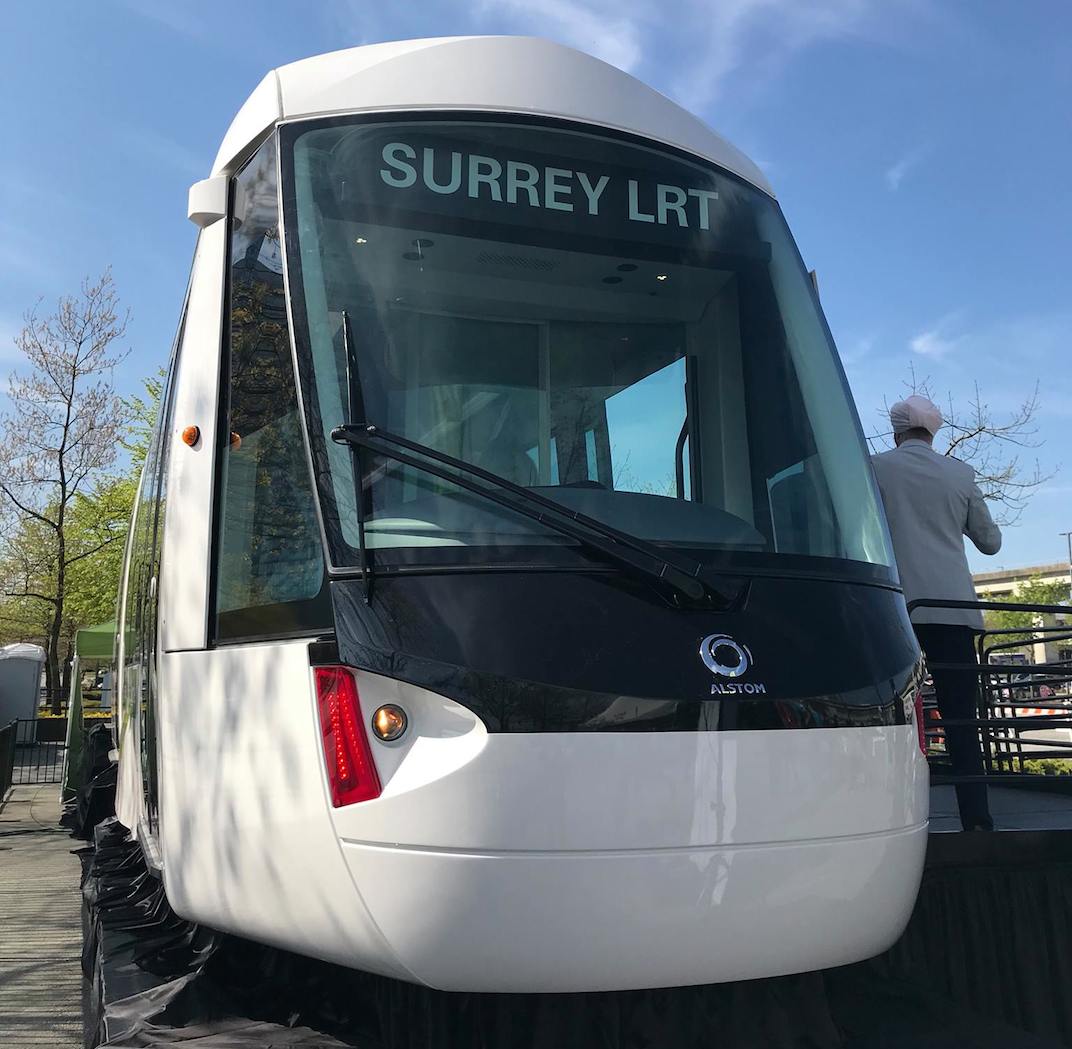 However, today’s unveiling was hampered by protesters who want the project reverted as a seamless extension of existing SkyTrain infrastructure or rapid bus.

“The Surrey-Newton-Guildford LRT will be more expensive to build – per kilometre – than both the Millennium Line: Evergreen Extension and the Canada Line,” Dela Cruz told Daily Hive. “Despite the high costs, the Surrey LRT vision still advocates for an at-grade, street running system that will be prone to delays, blockages and collisions.”

“We do want transit to be expanded in Surrey, but we will not stand for a system that congests our communities, doesn’t reduce travel times, and doesn’t deliver reliability improvements that Surrey residents are expecting from their future rapid transit system.”

If the business case for LRT is approved by the federal and provincial governments, construction could begin in 2020 for an opening in 2024.

A second phase of the LRT running between King George Station and Langley Centre along Fraser Highway would be built later to create a 26-km-long LRT network south of the Fraser.