Could all of the drama surrounding rapid transit expansion in the South of Fraser been avoided had more proper public consultation been conducted on modal technology options?

During an impassioned speech to TransLink’s Mayors’ Council on Thursday, prior to a vote that officially approved the cancellation on the Surrey Newton-Guildford (SNG) light rail transit (LRT) project and set the first steps forward on a possible SkyTrain extension on Fraser Highway to Langley Centre, Surrey Mayor Doug McCallum made strong assertions this was the very case.

He inferred that had TransLink and especially the previous Surrey City Council performed decisions based on thorough public consultation, no time and resources would have been wasted on LRT and the region would already be in advanced SkyTrain extension planning.

“I believe in being a messenger for my city. It was a clear choice that the past Council was very supportive unanimously in light rail, and we’re the opposite. We believed unanimously in SkyTrain. We did do the public consulting over the three months [leading up to the election],” said McCallum.

“I did not in our community see a single person that was for light rail, it was all for SkyTrain. There is no support in the city of Surrey for light rail. The only people who we run into that support light rail is some of the business community, but as far as our citizens are concerned, they were unanimous.”

He claims his civic party’s polling, opposition polling, and even media polling showed 80% support for SkyTrain, and he has never seen this level of support for a major infrastructure project in BC.

“I can say confidently today that when it comes to public consultation, we just ran a huge election with extensive public consultation and overwhelmingly the people of Surrey want SkyTrain,” continued McCallum. “So it is very important for the citizens of Surrey that went they voted for us, they literally did not vote for their past Council by overwhelming numbers.”

To further elaborate on the point of a lack of public consultation being performed on the choice of LRT, he said the Surrey First party — which controlled the City of Surrey for the past decade — unilaterally made the decision for residents.

Over the years, Surrey First and the Surrey Board Of Trade made it very clear to the public they wanted to use a slower train system separate from SkyTrain to distance Surrey and the rest of the South of Fraser from the city of Vancouver’s realm of social, economic, and cultural influence.

By making it harder for Surrey residents and businesses to get to  Vancouver, effectively inhibiting regional mobility, they thought this would become a catalyst for economic development and urban regeneration in Surrey.

“I can’t believe some of the comments out there. Light rail would break Surrey away from the region, there would be no connection to the rest of the region.”

McCallum says TransLink also did not do enough consultation

While he gives Surrey First most of the blame, McCallum also made some criticisms towards TransLink over the public consultation it had done for the project.

“I got involved in TransLink public consulting on the Canada Line where I went around all the communities in the region when I was chair of TransLink, and I listened to all of the people in all of our cities.” 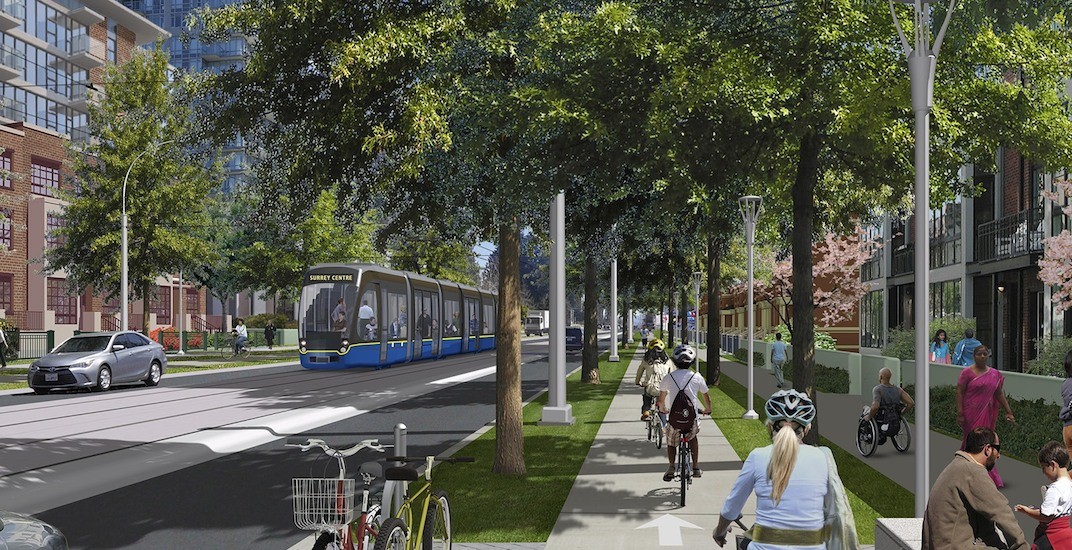 Early in the meeting, Geoff Cross, the Vice President of Planning and Policy for TransLink, acknowledged there may have been a gap in public consultation on the four technology alternatives shortlisted and the ultimate decision to plan for LRT.

SkyTrain, LRT, and bus rapid transit were considered for the Newton and Guildford corridors.

“There was significant public engagement through 2012. We published that [alternatives] work in 2013, and when we were developing the Mayor’s Vision in early-2014 along with all the other investments we were looking at, the Mayors’ Council drew from those four alternatives to come forward with what the rapid transit network should look like for South of Fraser,” said Cross.

“Because of the time constraints of putting that vision together in the first half of 2014, there was no significant community engagement on those alternatives since then. There has been since we got the direction.”

To provide further context on what happened in 2014 and 2015 in regional transit planning: The time constraints on finalizing a plan may have been a result of then-Premier Christy Clark’s timeline on having a regional plebiscite on transit expansion investments.

Additionally, Cross noted that bus rapid transit and LRT were only seriously considered for the Newton and Guildford corridors as “SkyTrain was not seen at the time as a potential candidate because of the cost and capacity or necessarily fitting for those corridors.”

With that said, ahead of the election, no technology decision had been formally decided on the other project on the Fraser Highway corridor. TransLink was considering SkyTrain and LRT options, although the City of Surrey, under Surrey First, and local business organizations had been pushing for the latter as a second phase of LRT after the completion of the SNG LRT.

‘The democratic principle trumps the past work’

However, at the end of the day, under the reorganization of TransLink’s governance model in 2014 by Clark, the public transit authority answers to its elected governance body — the Mayors’ Council, comprised of 23 mayors and jurisdictional leaders in the region. This is echoed by TransLink CEO Kevin Desmond, who in recent weeks has aptly called the public transit authority a “delivery organization” for elected policymakers.

Following the dysfunction of the original ‘Council of Mayors’ for TransLink in the 2000s when it came to their decision-making process for approving the Canada Line, then-Premier Gordon Campbell in 2007 reduced the powers of the mayors and moved them into an advisory capacity.

Instead, a new board of non-political experts and a regional commissioner were appointed to make the same long-term planning decisions the current Mayors’ Council is making today.

Clark’s reasoning at the time, just ahead of the plebiscite, for dismantling the non-political board from the Campbell era was that it was not democratically accountable to voters. 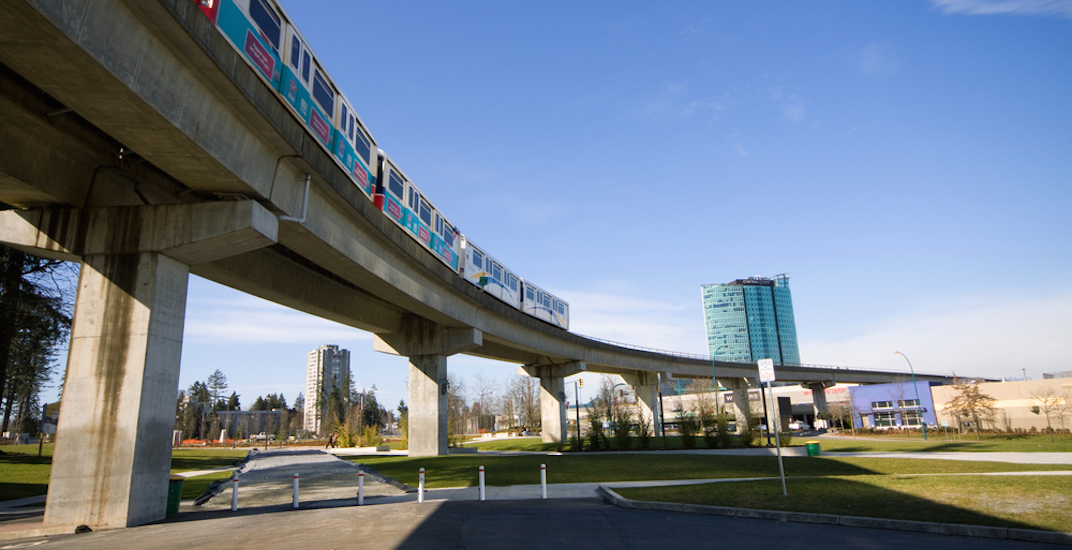 To surmise, McCallum’s decision to push for SkyTrain is ultimately a democratic one, based on the outcome of the Surrey civic election. This view was strongly seconded by Vancouver Mayor Kennedy Stewart, who countered arguments by Richmond Mayor Malcolm Brodie and North Vancouver City Mayor Linda Buchanan that the decisions by past elected representatives should be upheld.

“Democracy is a marvellous but difficult system of government. The premise is that the future governments are guided and not bound by past decisions, and we can change things. That is a key premise of democracy,” said Stewart.

“We have a significant change in Surrey as Mayor McCallum has said and that is the highest order we have. The people through a democratic process, the envy of the world, came forward and said they want this changed. I respect Mayor McCallum’s voice here very much. I think we should move ahead with this. I do think the people of Surrey have spoken and that voice is being heard through Mayor McCallum and his Council. I think the democratic principle trumps the past work.”