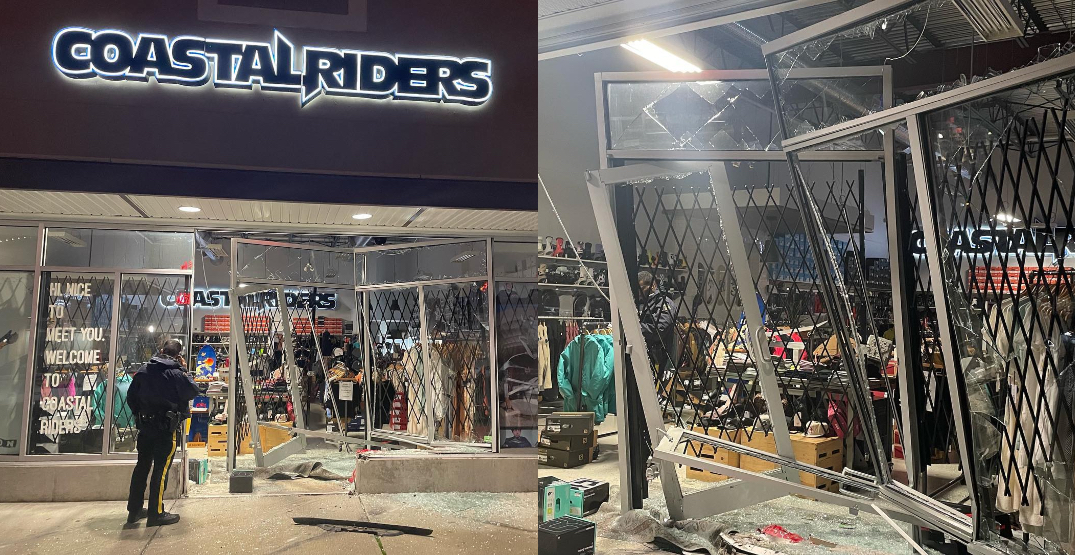 Ahead of the busy holiday shopping season, a Metro Vancouver shop is recovering from a break-in.

Coastal Riders – a ski, snowboard, and skate shop in Surrey – was broken into on December 2, 2021. Daily Hive spoke with owner Chris Malone to find out more about the incident. Just before 3 am, Malone got a call from their alarm company to say there had been a disturbance at the store.

“When the phone rings at three in the morning, it’s never good, period,” said Malone. “It’s a little bit of a gut-wrenching sensation.”

He checked his phone that’s connected to the store’s security system.

“When I did that, I noticed that half of the front of the store was now lying on the ground. Glass framework, front doors blown off, and also some product and racks knocked over and scattered all over the place,” he said. 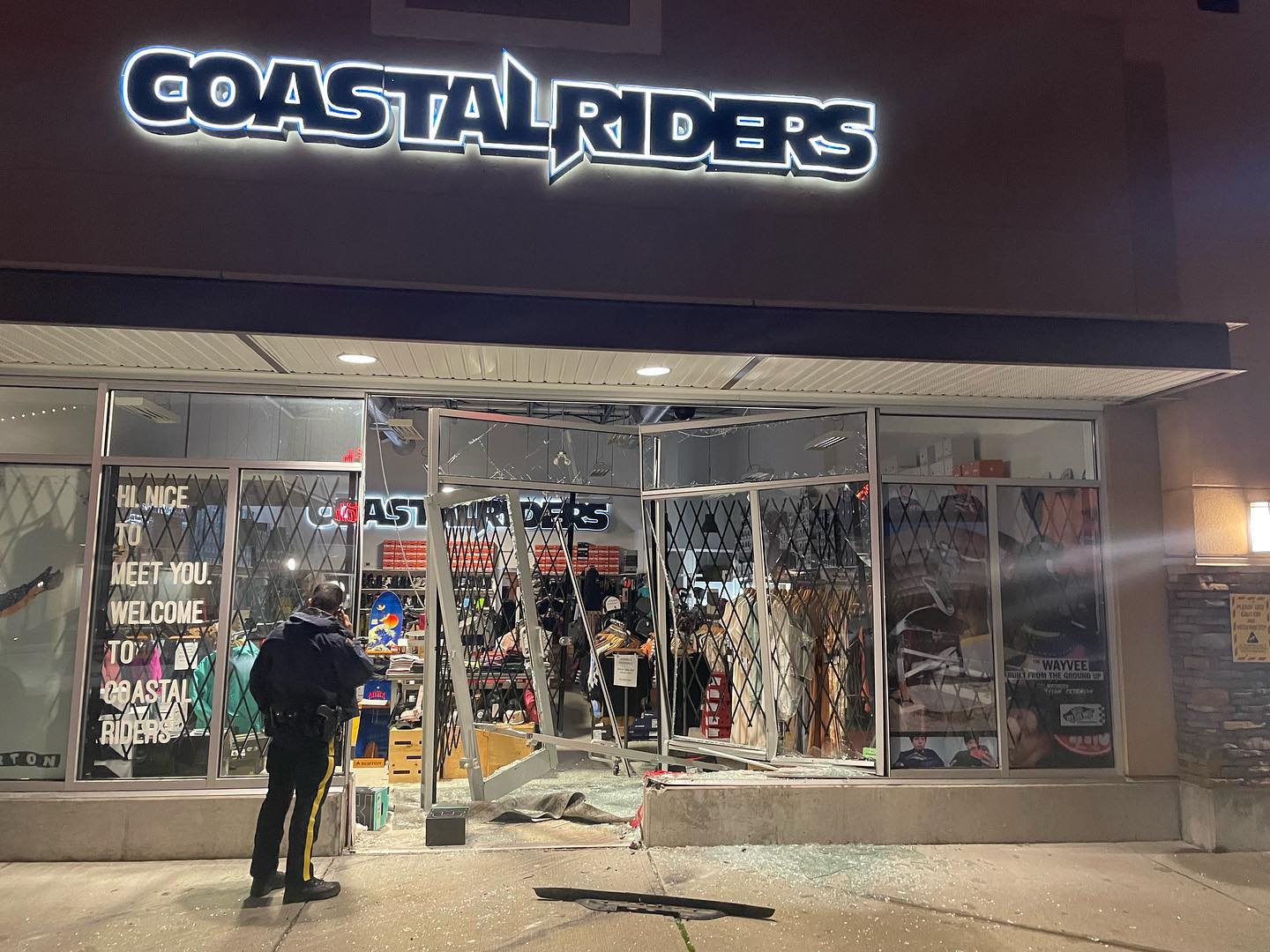 Police were dispatched and Malone went to the store to see the damage. When he got there, RCMP was on the scene.

According to RCMP, the Surrey break-in is being investigated to identify the suspects. Police confirmed that a vehicle was used to smash the front door and several items were stolen.

Malone said that when he got there, there were car parts scattered on the front sidewalk.

“I think it was three or four runs at finally breaking through the framework and the accordion-style security gates,” said Malone, who said RCMP bagged up a watch that one thief had left at the scene.

Then, Malone had to hang out at the store for the rest of the morning, as anyone could have walked up and taken something with the store smashed wide open.

Luckily, he has a friend at a local construction company, who sent a crew first thing in the morning and managed to patch up the shop.

“They worked so efficiently and so quickly that we actually opened yesterday at our normal time of 10 in the morning,” said Malone.

Even though they were able to stay open, there’s still a heavy cost involved to repair the store. 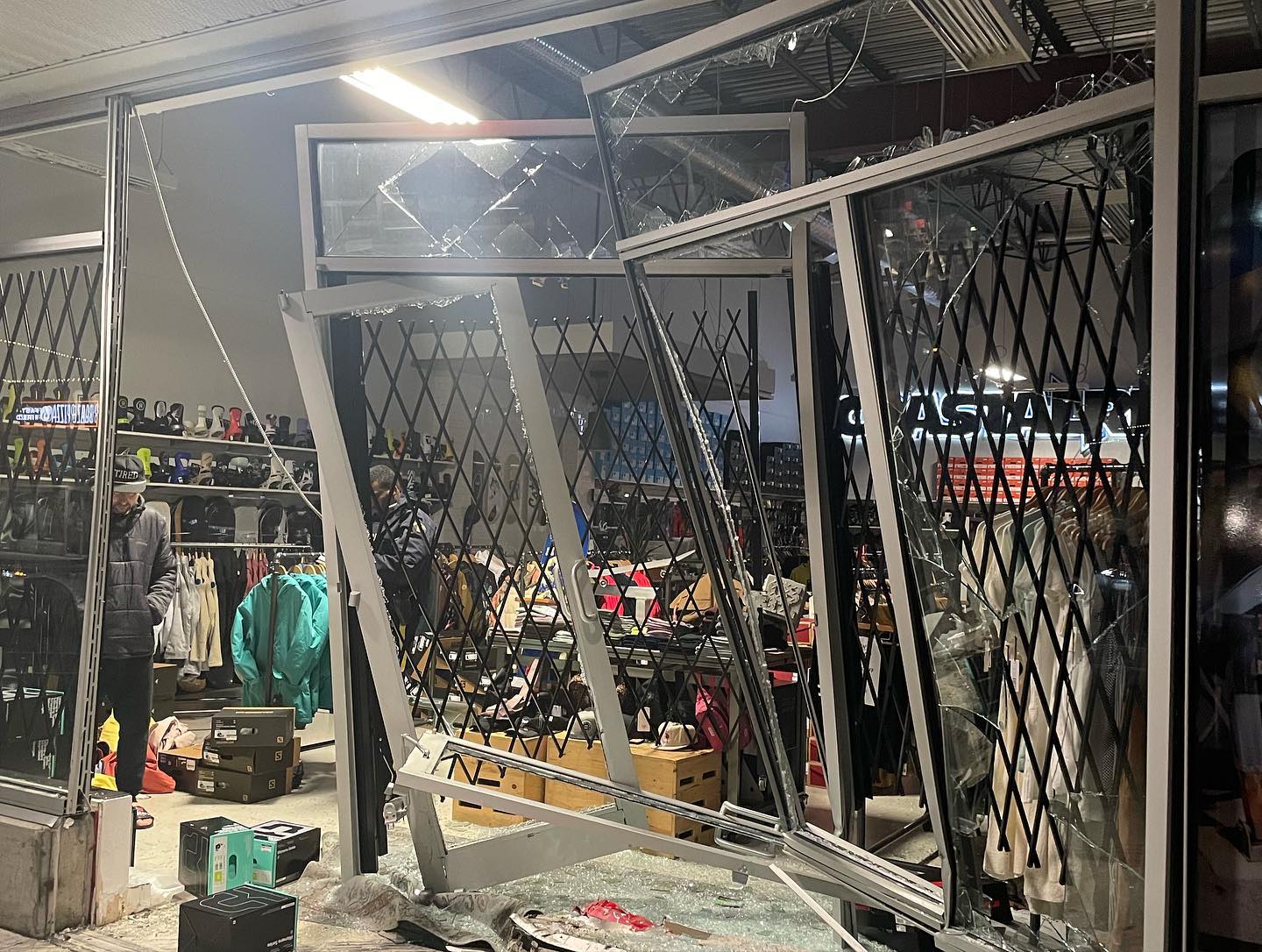 “The amount of work that’s going to have to go into just the physical part of the stores, it’s going to be tens of thousands of dollars,” said Malone, who says he’s responsible for the building repairs under his lease agreement.

“When these guys walk out of the front door, carrying 10 to 20 snowboards under their arms, my insurance will reimburse me for the cost of those boards, but I won’t have the opportunity to earn the profits from selling those boards,” said Malone.

According to him, the broken supply chains make it challenging to get products, and right now, demand is up high as Christmas approaches.

Anyone with information can reach Surrey RCMP and Coastal Riders is open for business.