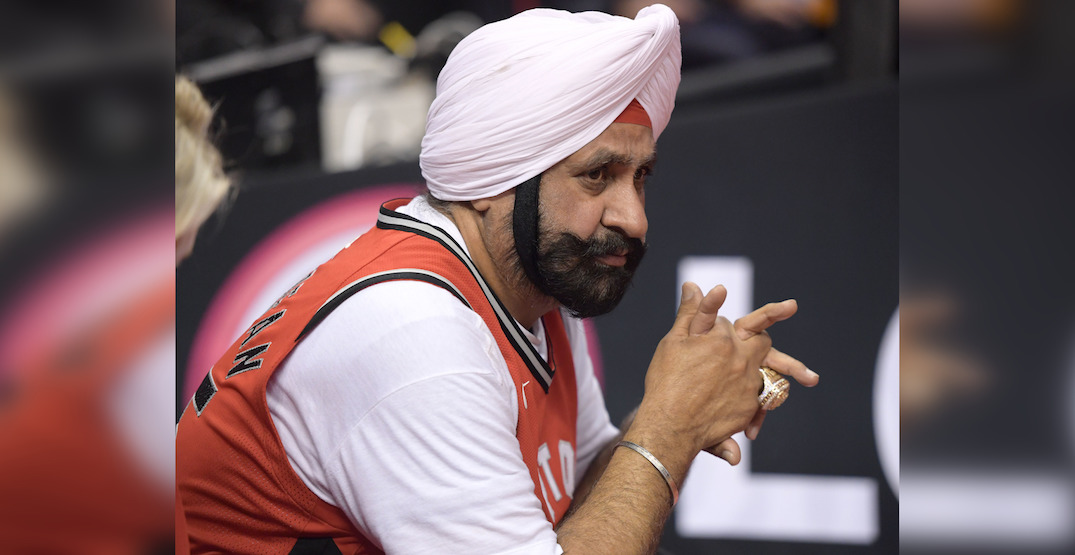 Nav Bhatia will see his incredible 26-year streak come to an end tonight.

Not only has the Raptors Superfan never missed attending a home game in Toronto, Bhatia has never been late and has never left a game early.

But he won’t be at tonight’s game.

Bhatia won’t be sitting courtside during tonight’s game against the New York Knicks at Scotiabank Arena. Instead, he’ll be watching on television at home.

Bhatia recently attended Masai Ujiri’s Giants of Africa event in Toronto, which led to some attendees testing positive for COVID-19, including Ujiri himself. Bhatia says he’s not experiencing any symptoms, but has been told to isolate as a precaution.

“My heart is breaking right now,” Bhatia said on Instagram this afternoon, calling it the toughest post he has ever had to make.

“Unfortunately I am currently in isolation following attending the Giants Of Africa Gala. It was an incredible event that followed all protocols but these things can happen.

“I am not experiencing any symptoms.”

“On order of Public Health every attendee has been asked to isolate. In the interest of everyone’s safety I am abiding by the recommendations.”

The Raptors home arena was flagged as potential COVID-19 exposure site by Toronto Public Health today. Fans that attended Sunday’s game against the Washington Wizards at Scotiabank Arena have been advised to monitor for symptoms, and get tested if any develop.

Rather than feel sorry for himself, Bhatia is focusing on inspiring other Raptors fans to step up in his absence.

“Tonight I need you to help me,” Bhatia said.

“All 19,800 of you in the arena are the only ones that can help… Cheer as loud as you can for our team!! I will be from home yelling and screaming as well!!”