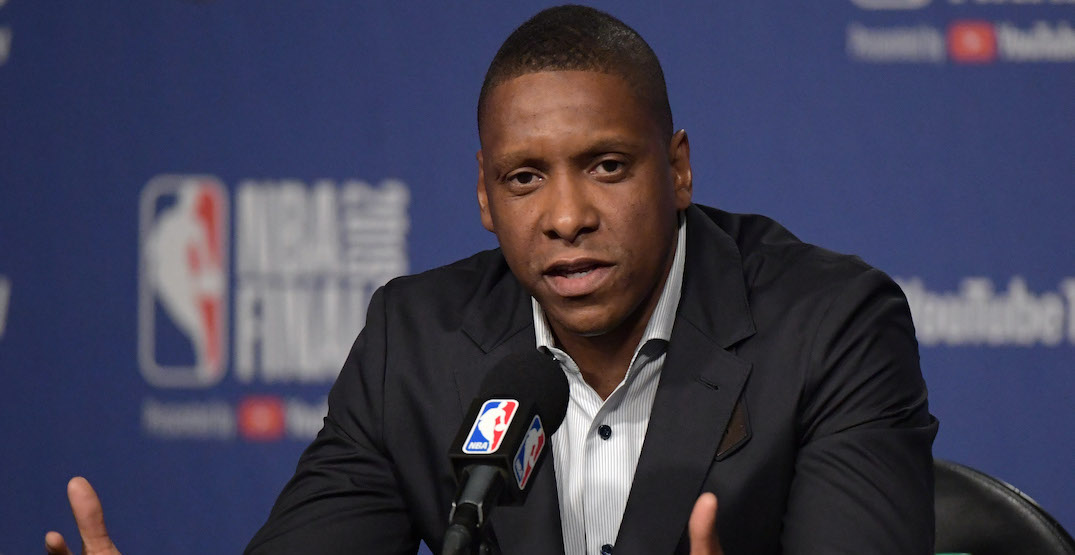 Despite being fully vaccinated and having received a booster shot, Toronto Raptors president Masai Ujiri has tested positive for COVID-19.

Ujiri said he learned of his positive test after the Giants of Africa event in Toronto, and he is encouraging others that attended the event to get tested.

“On Sunday, Giants of Africa held our first in-person event since 2019,” Ujiri explained in a media release. “It was organized in compliance with all current public health guidance – everyone who attended had to show proof of vaccination, and to wear masks when not eating or drinking.

“Unfortunately, after the gala, we learned of positive COVID-19 tests among our guests – and even though I am fully vaccinated and have received a booster shot, I also subsequently tested positive. I am now at home, observing the safety protocols by self-isolating for 10 days, monitoring for symptoms and undergoing testing, and I encourage everyone who attended to please do the same.

“We don’t want to live in fear of this virus, but COVID is a persistent enemy. Together, we’ll defeat it.”

The Raptors cancelled practice earlier today due to the NBA’s COVID-19 health and safety protocols, saying the decision was made “out of an abundance of caution.” They’re scheduled to play the New York Knicks at Scotiabank Arena on Friday night.