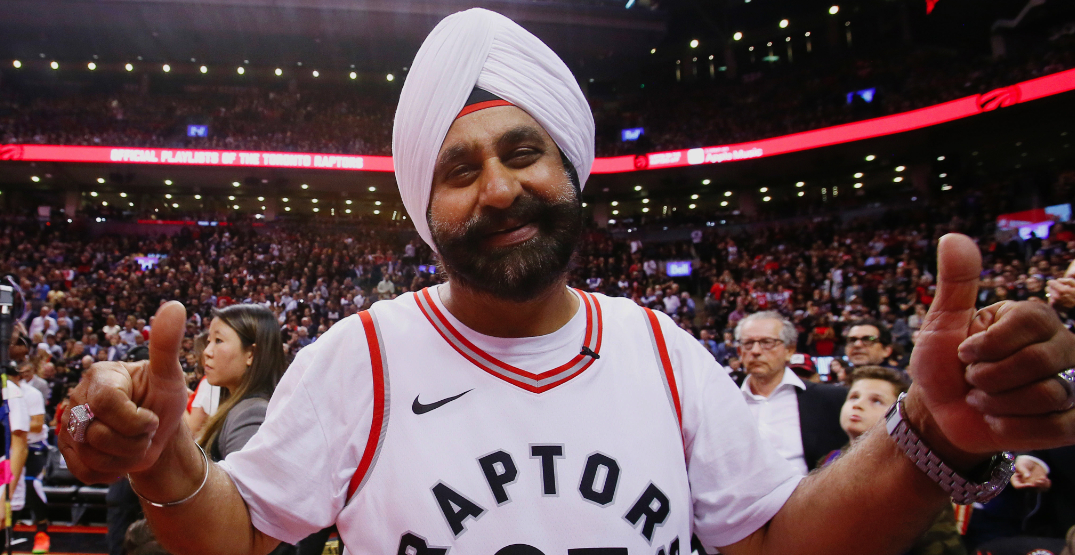 The documentary, titled Superfan: The Nav Bhatia Story premiered on CBC on Friday, and is available to stream for free on CBC Gem.

It details how Bhatia’s passion for basketball and the Raptors “took him on a journey from persecution to inclusion, inspiring an entire country along the way.”

Bhatia, a Hyundai dealership owner, has been a fixture at almost every Raptors home game since the team’s inaugural season in 1995-96. He was the the marshal of the Raptors 2019 championship parade, and received an official championship ring for his role as a Raptors’ unofficial ambassador.

He was recognized earlier this year at the Naismith Basketball Hall of Fame for his contributions to the sport.

“He’s been just as important as any player the Toronto Raptors has ever had,” NBA Hall of Famer and former Raptors GM Isiah Thomas said.

Bhatia came to Canada in 1984 as a result of anti-Sikh riots in Delhi, India that killed over 3,000 people. The engineer had trouble finding work before becoming a car salesman, eventually working his way to becoming general manager before taking over the dealership.

“Nav became the person that we could identify with,” comedian Russell Peters said. “Growing up, we didn’t have anybody to look at. The things he’s done are so real, they’re so tangible for so many people.”

I would not be here today if it wasn't for one man… @IsiahThomas thank you you change my life. pic.twitter.com/3phlfkhlYv

A separate film about the Raptors Superfan starring Kal Penn is also in the works.

The documentary can be viewed here.