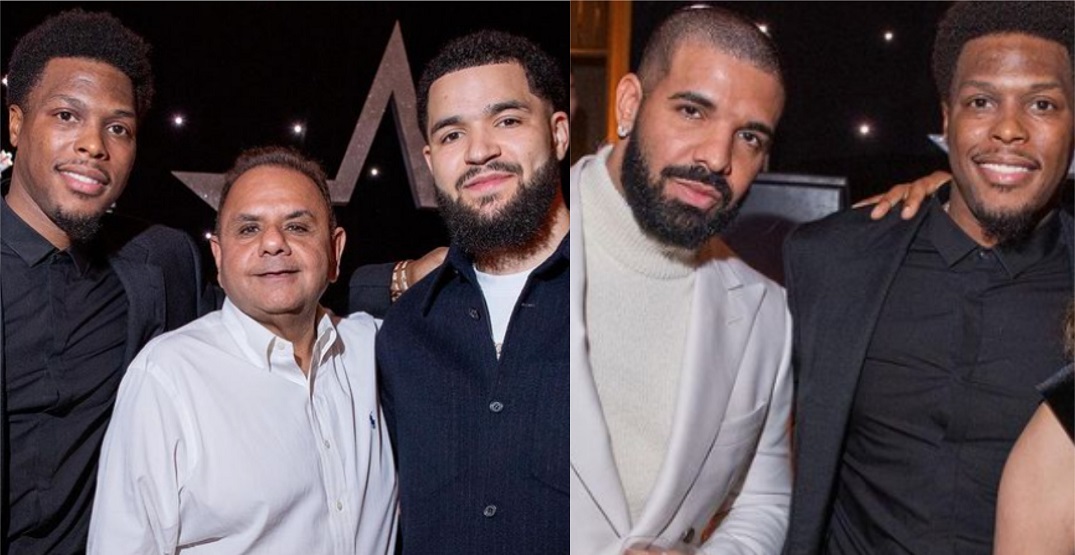 It’s no secret Kyle Lowry and Drake have formed a strong bond over the years.

Lowry’s nine seasons with the Raptors cemented him as a Toronto legend forever, capped off by the 2019 NBA championship.

So when Drake was hosting a party this past weekend to honour Cargojet CEO Ajay Virmani’s appearance on Canada’s Walk of Fame, he was sure to send an invite over to the Raptors legend.

Virmani shared pictures of Drake and current Miami Heat member Lowry at the event, as well as an appearance from current Raptors point guard Fred VanVleet.

“What a surprise,” Virmani wrote in the post. “I can’t even begin to find the words. A few nights ago I walked into one of the most beautiful surprises of my life. Drake, your thoughtfulness & generosity has not changed in all these years. You are an inspiration.”

BlogTO’s Jack Landau reported that the event was held Sunday night at Louix Louis at the St. Regis Hotel in the Financial District.

Based on the most logical flight path, Lowry likely came directly to Toronto following Miami’s loss in Milwaukee on Saturday night.

And while we’re using logic, it’s likely to assume that someone in the circle of Cargojet, with whom Lowry has a long-standing commercial partnership, was able to hook up a quick flight in and out of town.

Lowry didn’t miss a beat in the next game either, following the event. One night later, at home in Miami, he put up 17 points and eight assists in 39 minutes of action.