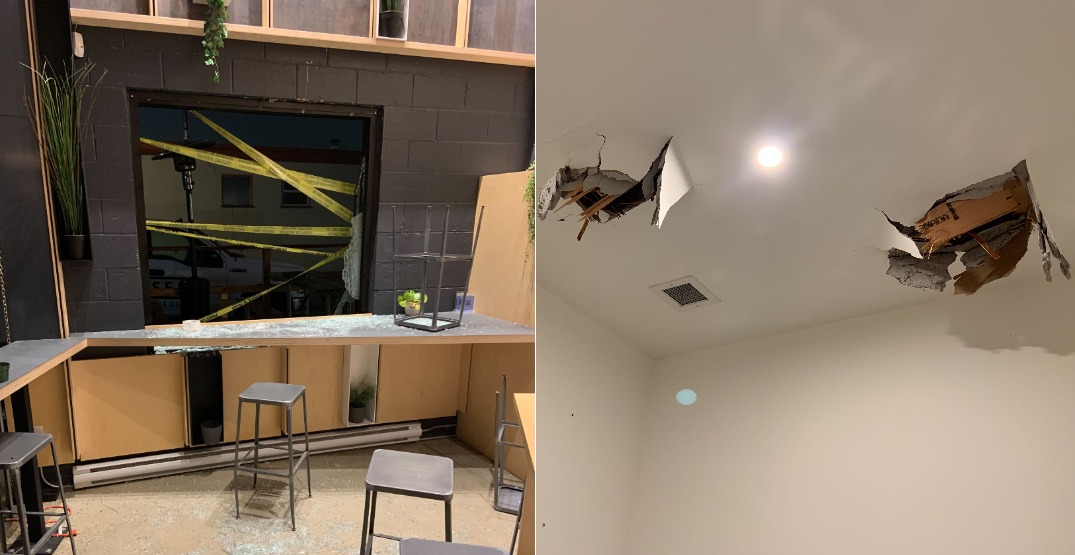 A Burnaby brewery triumphantly reopened the day after a brutal break-in forced them to close for clean-up.

“We were broken into early this morning and the place was vandalized,” says a post from Studio Brewing on March 28. “Thankfully, no brewing equipment [was] harmed.”

Morgan Miller, a taproom manager at Studio, says the person who broke in “definitely did tens of thousands of dollars of damage.” 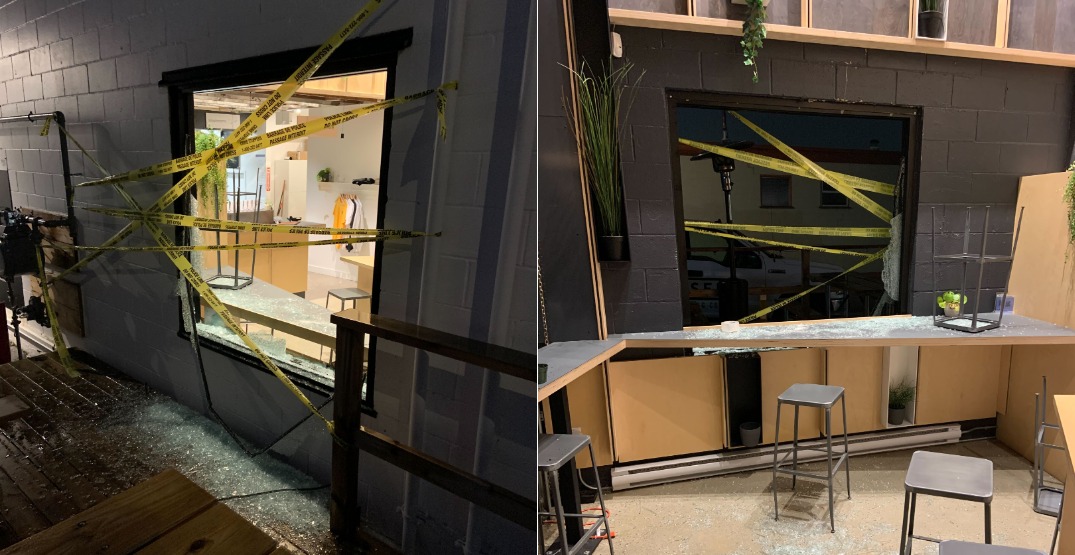 “First, this man took a kettlebell and smashed the windows of the to-go door … and the lock and the door handle themselves have been smashed in, so they’re completely unusable,” she said.

“He actually wasn’t even able to get in that way … so he ended up smashing a window and climbing into a window, and then he began to just destroy things.”

He threw the kettlebell at a wall repeatedly until the panel fell off and the concrete floor below was damaged, she said.

The suspect also made holes in the ceiling in the bathroom from tossing the kettlebells up. There was also damage to the toilet and sink that needs to be repaired.

They had to throw away a bunch of damaged merchandise, and their interior decor has seen better days. 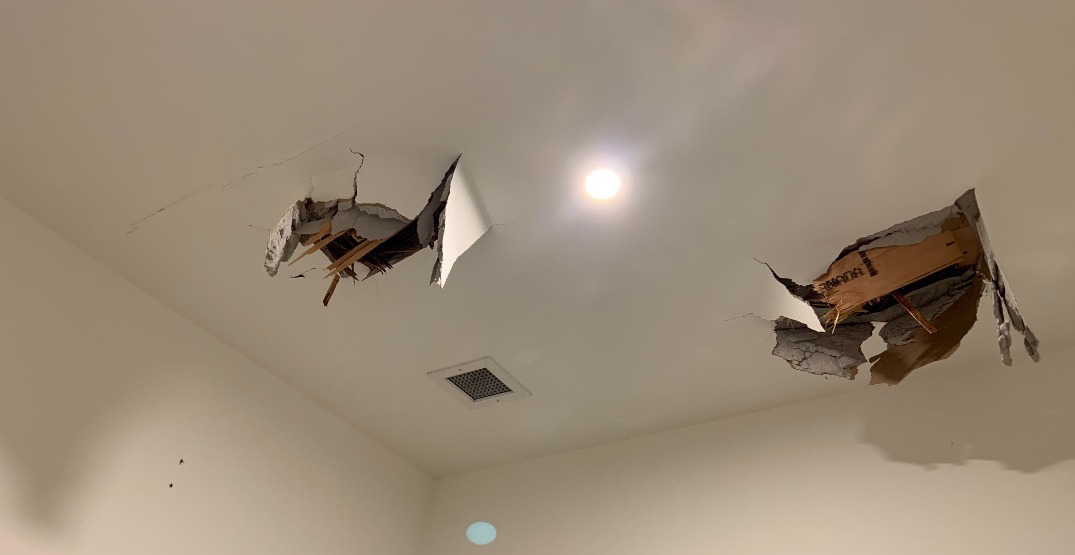 During the pandemic, people who didn’t want to drink inside a small space enjoyed using the brewery’s takeout door, so they’re upset that it’s gone for now.

The window should take a few weeks to fix, and the door will take a few months.

“And he did not take any beer,” said Miller. “He’s not out there repping our brand.”

In an email to Daily Hive, Burnaby RCMP confirmed that officers responded to an alarm going off in the 5700 block of Beresford Street around 12:30 am.

“Upon arrival, officers confirmed that a break and enter had occurred and the suspect was still on scene,” says Cpl. Mike Kalanj.

“The suspect had smashed two exterior windows and caused extensive damage inside the business. Officers attempted to verbally de-escalate the situation; however, the suspect was incoherent and acting unpredictably.”

A struggle ensued and one officer sustained a minor injury that was treated at the hospital. Eventually, the police used a “conducted energy weapon” on the suspect, who was taken into custody and sent to the hospital as well.

A post announcing the reopening says they’re “bruised but not broken.”

“We appreciate your patience as we work towards fully repairing the damage. Hope to see you soon,” it says.