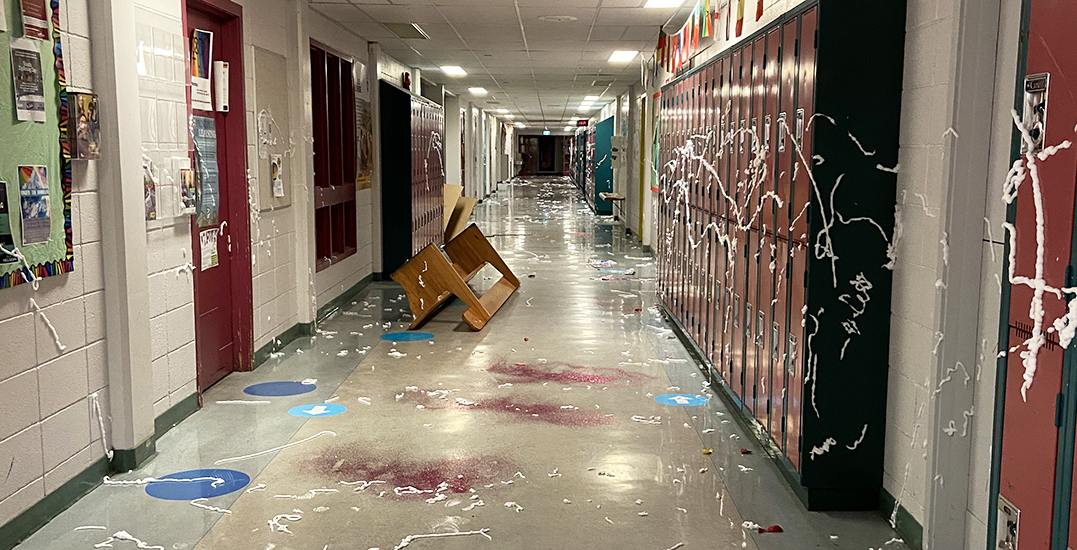 A graduation prank gone wrong at a school in British Columbia has resulted in four students being arrested.

The incident occurred last Sunday in Nelson, BC. Police say that several students broke into LV Rogers Secondary School and had multiple others join them inside for a prank.

“What seems to have been intended as a graduation prank soon got out of hand,” Nelson Police Department says in a release. “The result was the vandalism of numerous floors of the school, including classrooms and the staff lounge.”

Police were notified of the incident soon after it ended. After arriving on the scene, officers say they found the basement, main level, and third floor of the school defaced with shaving cream, glitter, ketchup, mustard, food dye, sugar, flour, rice, and approximately 80 raw chicken eggs.

After the school principal saw the extent of the vandalism, the decision was made to close the school to students until it was “again habitable.”

Police say that the cleaning process required staff from throughout the school districts and several parents. It’s believed that approximately 45 adults worked to restore the school to a suitable condition. 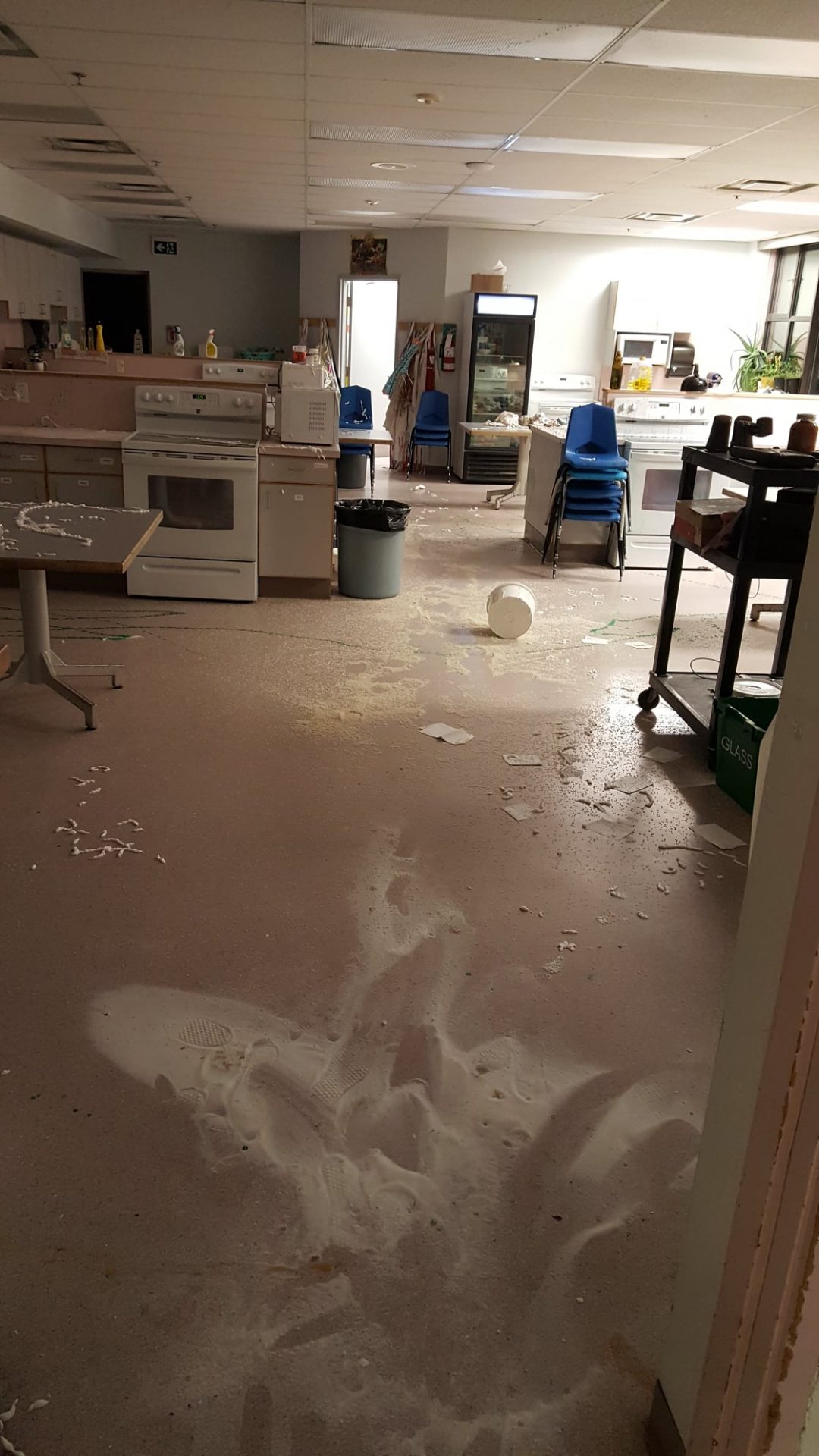 Nelson Police say that the incident has been characterized as a criminal Break and Enter and Mischief over $5,000. After conducting nearly two dozen interviews, four students were arrested and released, with charges being considered against some instigators.

“Fortunately, the majority of the students have agreed to participate in the Nelson Police Restorative Justice Program,” police say. “LVR staff, parents, the director of the restorative justice program and numerous volunteers are already working toward a resolution to this event.”