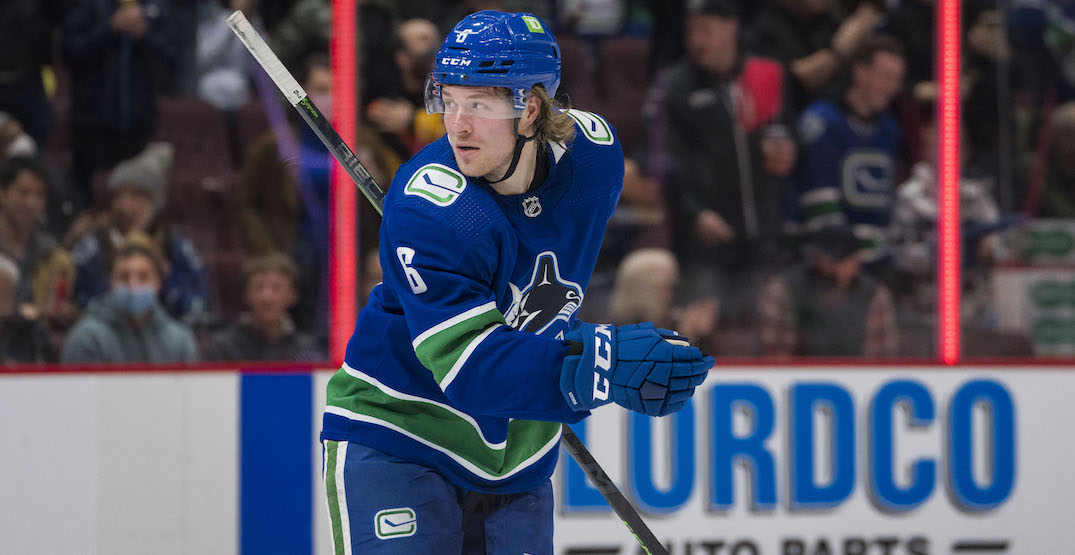 The Vancouver Canucks radio broadcast rights are going to market for the third time in the Aquilini era.

In the previous two instances, the incumbent station lost the rights.

CKNW aired Canucks games on radio from the Canucks’ inaugural season in 1970 to 2006, before losing the rights to Team 1040, Aquilini’s first foray into shopping the radio rights. Rogers-owned Sportsnet 650 has held the Canucks radio rights since 2017, moving away from TSN 1040.

The current deal with Sportsnet 650 is set to expire at the end of this season.

Rogers’ exclusive negotiating rights window ended on January 1, making the current radio rights officially up for bidding. With recent changes to leadership at the top level of Rogers Sports and Media, things down the food chain start to appear a little murkier.

Locally, it’s no secret that the radio ratings for 650 haven’t been strong. The sports station had hoped to increase their market share with the demise of TSN 1040, but even those numbers aren’t ones to cheer about.

Not helping matters is the fact that the Canucks haven’t been good on the ice for most of 650’s tenure. The pandemic, which has changed many people’s commuting and radio listening habits, hasn’t helped either.

Regardless of the future of the Canucks radio rights, Sportsnet 650’s program manager Cam Barra has his work cut out to increase those numbers and produce revenue-generating content.

Is CKNW in the mix?

Canucks ownership group does have options. They could move the radio rights to another station, but with TSN 1040 out of the mix, the only other real possibility is Corus Entertainment, which owns CKNW and AM730 — which currently airs Vancouver Whitecaps and BC Lions games.

Internally, Corus has looked at the possibility of the radio rights returning, as reported by Daily Hive in August. It makes sense for both parties on a number of levels, but a source with knowledge of the discussion has indicated to the Daily Hive that “the Canucks weren’t thrilled with our initial conversations,” alluding to the cost it would take to secure the rights.

“AM radio isn’t as important as it was in the past. Radio is changing and despite being the No. 1 radio station in Vancouver’s fall ratings, it’s no guarantee that it will remain there with the ever-changing landscape of radio.

“Look at the changes Bell Media and Rogers Sports and Media have made over the course of the last few years. AM radio is considered a dying breed. So we have to be sure in our approach for the rights if that’s the direction we go for.”

Corus is not out of the question as they did secure the radio rights for the Winnipeg Jets at the start of the 2020 season.

If returning to Sportsnet 650 or going elsewhere on radio isn’t ideal for the Canucks, the team could opt to broadcast the games themselves on a streaming platform. Both the LA Kings and San Jose Sharks broadcast games online without the regular radio presence and have been doing so for years.

In San Jose, for example, the games are broadcast on the Sharks + SAP Centre App and include other content from the Sharks and AHL Barracuda teams. These shows include exclusive interviews with coaches, general managers, and players, with former players hosting talk shows. In essence, the San Jose Sharks control the narrative they want out in the public.

The Kings do the same in LA, broadcasting their games on an exclusive channel on the iHeartRadio app. The available 24/7 content includes podcasts and shows, as well as vintage broadcasts of historical games.

The New Jersey Devils broadcast most of their games on the Audacy App. The Oakland A’s in Major League Baseball, as well as the LA Galaxy, New York Red Bulls, and others in Major League Soccer all follow similar streaming formats.

Locally, the Canucks could do the same.

In hiring Craig MacEwen in a public relations role, the Vancouver Canucks have someone with experience as a radio program director.

The Canucks could also make great use of historical footage. Imagine being able to go into the archives and to hear the first NHL game ever for the Vancouver Canucks, or Jim Robson and Tom Larscheid’s memorable commentary on Pavel Bure’s first NHL game, or John Shorthouse’s iconic “slay the dragon” call.

“This is the next wave of broadcasting and I would be surprised if the Canucks chose to go back to regular radio,” a broadcast insider told Daily Hive. “With streaming, the Canucks (could) control the rights, the content, the costs, and the advertising dollars. Everything they have, want, or need is already in place. It makes so much sense.”