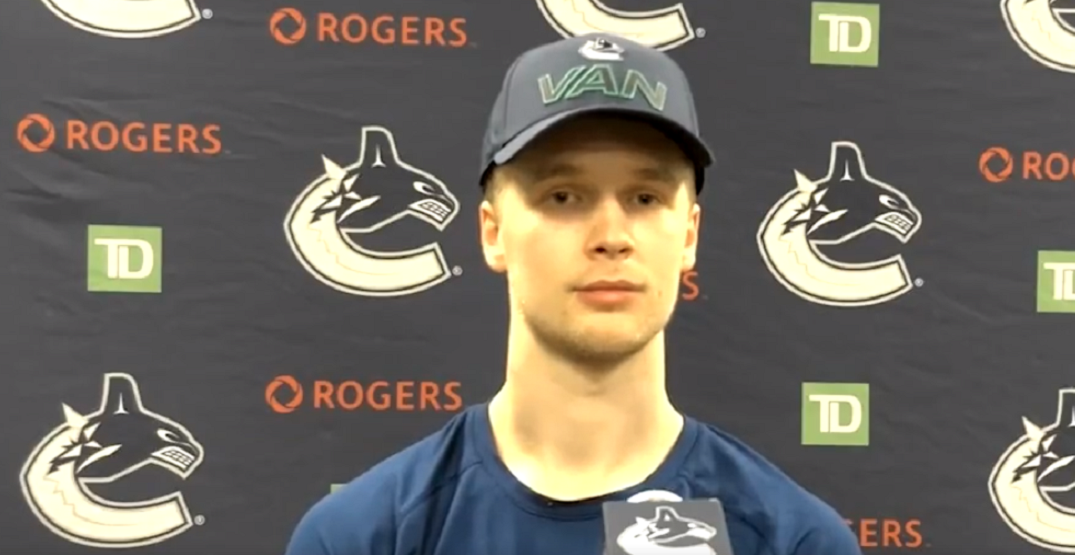 Vancouver Canucks forward Elias Pettersson hasn’t had the easiest stretch of play during the first half this season.

In his first year of a three-year, $22-million contract, Pettersson finds himself fifth in team scoring, with eight goals and 11 assists through his 38 games of the year.

The highest-paid forward on the Canucks’ roster, Pettersson’s 0.5 points per game average is a far cry from the 0.92 mark he’d averaged during his first three years in the NHL.

But Sunday’s game offered a glimpse of how talented a player like Pettersson can be. He scored twice in a 4-2 win over the Washington Capitals, starting things off with a power-play goal in the second period.

“It felt great,” Pettersson said of the first-goal.

Just over four minutes later, Pettersson managed to add his second goal of the game by banking in a shot off Capitals goalie Ilya Samsonov.

Backhand off the back gives us the lead 👌 pic.twitter.com/AFHZW7d74m

“Sometimes it just doesn’t go your way,” Pettersson added. “Hockey is a fast sport. I know what I’m capable of, of course. It’s been a very slow start for me.”

The two-goal out burst was Pettersson’s first multi-goal game since February 21, 2021.

“It felt good to contribute and help the team,” Pettersson added. “Of course it’s been tough for me, I’m trying to play my best hockey every game.”

And it appears that Pettersson’s well on his way to earning the trust of his head coach.

“He was our hardest worker at practice and he wants to be the best,” Bruce Boudreau said of Pettersson.

The quote matches up with Boudreau’s assessment in a video from one of last week’s practices, where Boudreau called Pettersson “the hardest working guy on the ice” prior to a COVID-19 bout.

The Canucks next take to the ice on Tuesday afternoon in Nashville. Puck drop is set for 5 pm PT in a matchup against the Predators.