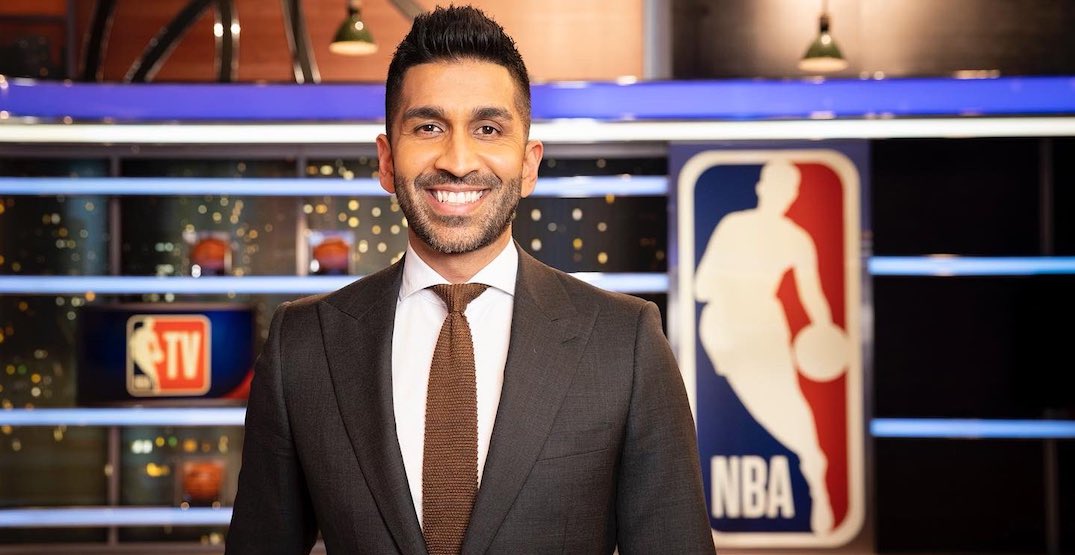 Nabil Karim is continuing to make waves south of the border.

The Burnaby, BC sportscaster was introduced by Turner Sports today as their new host and reporter for the network’s NBA and NHL coverage.

Karim signed a multi-year agreement, following more than two years anchoring SportsCenter at ESPN. Sports fans in Canada will remember Karim’s work at TSN, where he was an anchor on SportsCentre until 2019, before leaving Toronto for the United States.

Karim will serve as a host for NBA TV, where he’ll make his on-air debut on NBA GameTime tomorrow night. He’ll also be part of TNT’s hockey coverage in the network’s first year as an NHL broadcast rights-holder.

TNT has set the standard for in-game panels with their NBA coverage, which features the likes of Shaquille O’Neal and Charles Barkley. Wayne Gretzky is featured on their NHL panel.

“I’m super grateful to be in this position,” Karim told Daily Hive. “I never thought as a high schooler at Moscrop Secondary, that I would one day be working with some of the basketball and hockey greats I grew up watching. Been a wild ride but super appreciative of the support I’ve gotten from the west and east coast along the way.”

The Moscrop Secondary School product graduated from SFU as a communications major and received a broadcast journalism degree from BCIT. In addition to his work at TSN and ESPN, Karim has worked for CBC, Global, and CKPG.

“Been reflecting today. Thinking about how I would react if I told my 13-year-old self that I would one day be solely covering the NBA and NHL on a national network,” Karim said in an Instagram post this morning. “Wild. Mind blown. No way I would have comprehended or believed it. Pipe dream. It still hasn’t really set in. But it better soon.”

“It’s a crazy time for our family as we transition to Atlanta and leave Connecticut (a place that we really love), but I’m definitely taking time to appreciate the moment this morning. I’ve been a hoop head forever. Hockey is in my blood being a Canadian. My two favourite sports. 1A + 1B. And now, I get to be part it and get to create content in the special way that only Turner can.

“Can’t wait to get going and start this new chapter in my career.”⁣