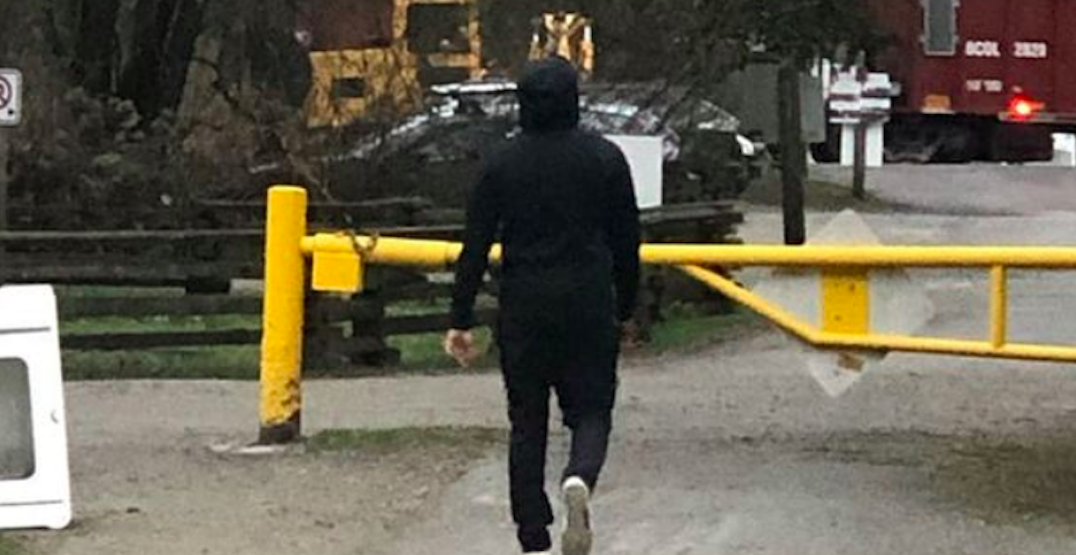 Another Metro Vancouver woman is speaking out after allegedly being followed by an unknown man – this time on a trail in Burnaby Lake Park this week.

In a social media post, the woman states she was walking on a path in Burnaby Lake Park when she was followed by a man for over 30 minutes.

“I started at the Cariboo Dam trail entrance and this man was just exiting the trail as I was starting,” she writes, adding that she had walked for about five minutes before realizing the man had turned around and begun to follow her.

“I stopped on the side of the trail and ‘tied my shoe’ to let him pass me, he passed and I let him walk ahead of me,” she adds. “I lost sight of him and assumed he had walked far enough ahead that I couldn’t see him.”

However, this turned out not to be the case, as the man appeared behind her again.

This was particularly unnerving because according to the woman, on this particular stretch of pathway, “the only way he could have ended up behind me is if he had hidden somewhere waiting for me to pass him.”

Feeling scared at this point, the woman said she decided to call her mom and sister to tell them she thought she was being followed.

She stopped and let the man pass her, and turned her camera around so they could see him. 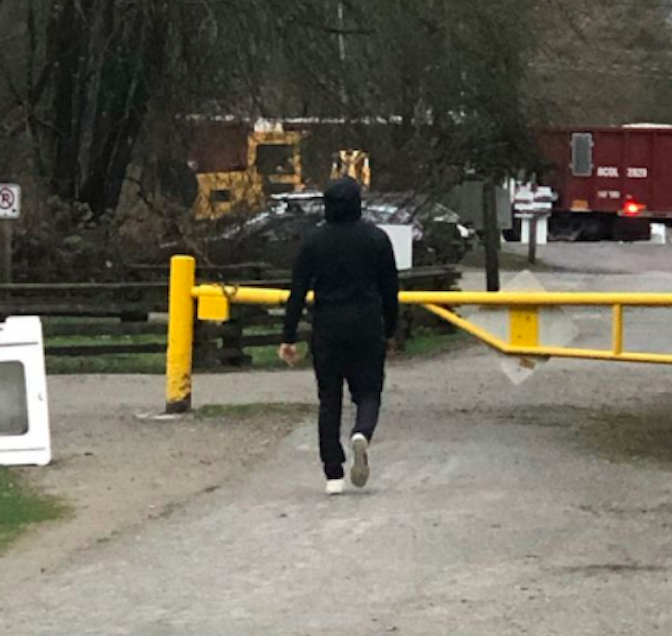 A picture of the man shared by the woman (nstagram)

“As he walked past me I loudly said, ‘I think this guy is following me,’ and he turned his face away to hide from my camera,” she explains, adding that she kept him clear sight ahead of her for a distance of about 20 yards.

“He turned right down a side path that leads back to the beginning of the trail, I stopped to make sure he was actually following that trail before continuing,” she says.

Continuing to walk while talking to her family on the phone, the woman says she asked them if they could still see the man behind her.

Less than a minute later her sister told her, “He’s behind you again, walk faster,” she says.

At that point, the woman began to walk fast enough that she was almost jogging, but still, the man “kept pace” with her the entire time.

The woman says she ran for about seven minutes before finally running into an older woman on the trail, who she informed about the situation and requested that she walk with her.

“[The lady] immediately turned and walked back the way she came to walk with me,” she says.

“I almost started crying with relief, I genuinely thought I was going to be raped and killed today.”

Daily Hive has reached out to Burnaby RCMP for further comment.

Last week, a woman filmed herself as she was followed for 40 minutes while running errands downtown. And earlier this month, a woman was allegedly chased by a man with a knife near Olympic Village SkyTrain station.

In response to these recent incidents, a number of Vancouver restaurants and small businesses are stepping up to provide safe spaces for those who find themselves in threatening situations.