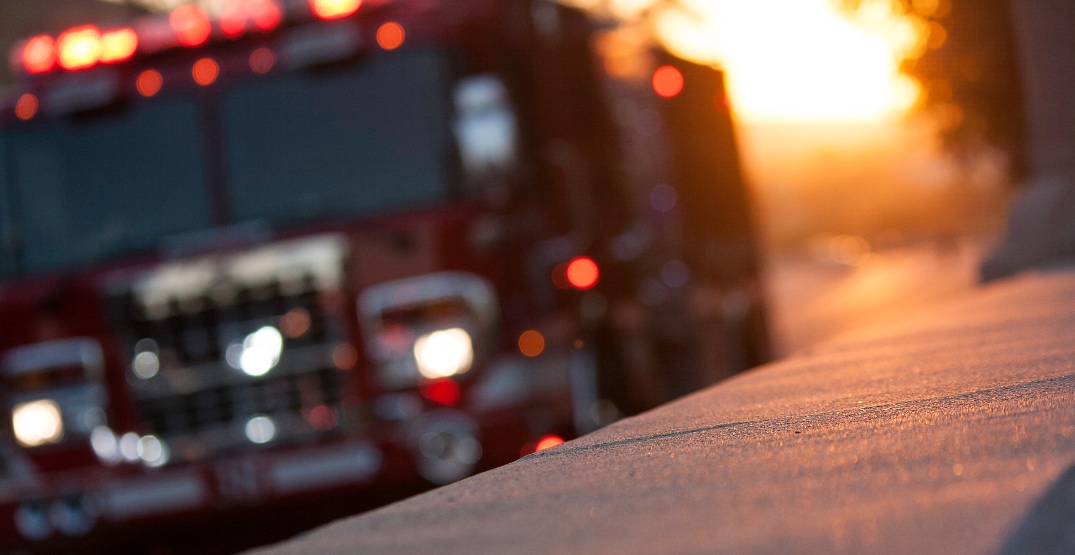 It was a bizarre day for firefighters in Surrey who had their fire truck stolen while attending a call.

Deputy Chief David Burns told Daily Hive that the truck was stolen while Surrey Fire Services (SFS) was attending an incident in the Guildford area in the morning on Monday, July 4.

“The truck was located by police in Abbotsford on Highway 1,” said Burns. “Police have the person in custody.”

SFS said they don’t yet have details as to how the person was able to get into the vehicle or what their intent was.

“Once we understand what occurred in this incident, we will look at what steps might be necessary to prevent this from happening in the future.”

“I am aware of some minor damage to the truck. We are currently in the process of recovering it and will assess it further once it arrives at our service shop,” said Burns.

“Our members just assisted with disabling the fire truck and arresting the driver,” said Abbotsford Police.

“Surrey Fire Service contacted the Surrey RCMP to report that a male had entered one of their smaller Fire Rescue service vehicles and driven off in it,” Surrey RCMP told Daily Hive.

“Officers attended to the area near 105 Ave and 140th Street and made attempts to locate the stolen vehicle. A Surrey RCMP-trained negotiator attempted to speak to the suspect on the fire dispatch channel, to no avail.”

“The vehicle was tracked down in Abbotsford, and with assistance from the Abbotsford Police Department and Lower Mainland Integrated Police Dog Services, the suspect was taken into custody,” said RCMP.

Now, the investigation is ongoing.