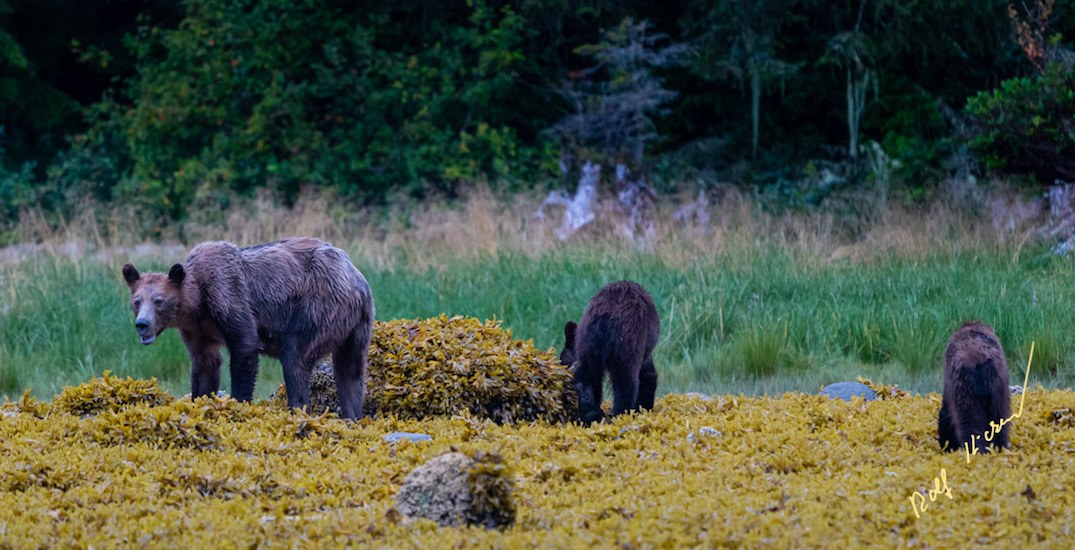 It’s time for action, not politics.

That’s according to a wildlife photographer on Vancouver Island who captured several photos of starving grizzly bears in the Knight Inlet area last month.

Rolf Hicker’s photos made international headlines after he posted images on Facebook of a sow and her two cubs appearing quite thin for this time of year.

Hicker photographed the animals when he was taking clients out for a photography tour.

In the Facebook post, Hicker expressed concern about how the bears will survive the winter, and that he had learned it’s been the “worst salmon run” in “Broughton history.”

In a phone interview with Daily Hive Vancouver, Hicker said since the last photos were published, he’s photographed more starving grizzly bears — and in his more than 30 years of taking pictures of wildlife in BC, he’s never seen them this skinny. 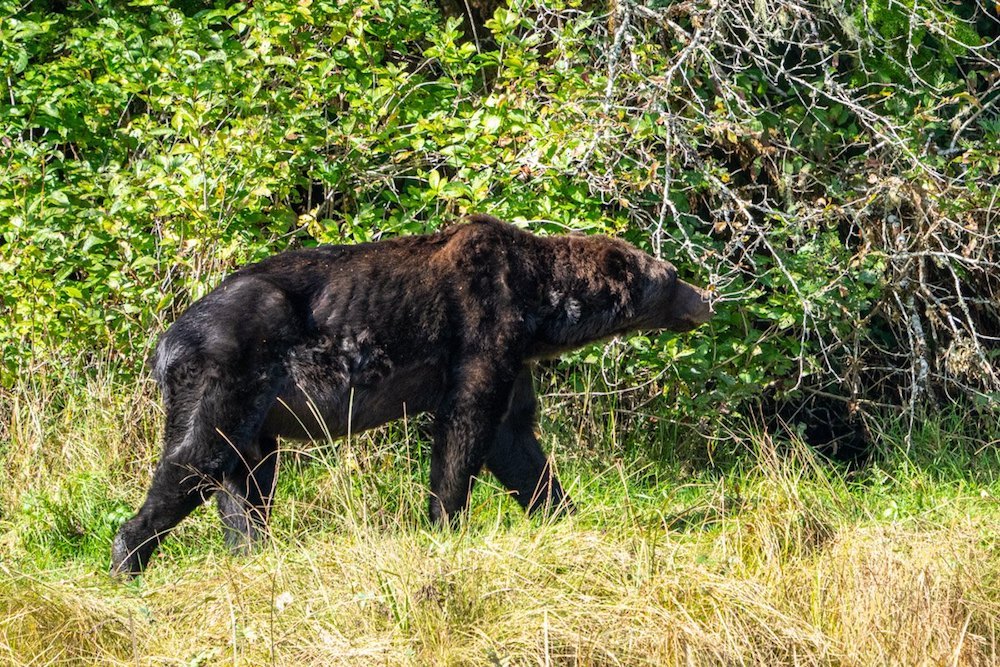 “Honestly, it’s not coming unexpectedly,” Hicker said of the grizzly bears’ appearance. “We all know the problems with the salmon we are having.”

“When I use common sense and then I look at the fish farms, and I look at that every outlet from the Broughton [Archipelago] is basically plugged with them, I mean how much chance does our salmon really have?” Hicker said. “We all know the problem with the sea lice, with the virus, raising Atlantic salmon in the Pacific.”

Hicker said the reality is that there won’t be wild salmon for years and we’re only going to see more starving grizzly bears. 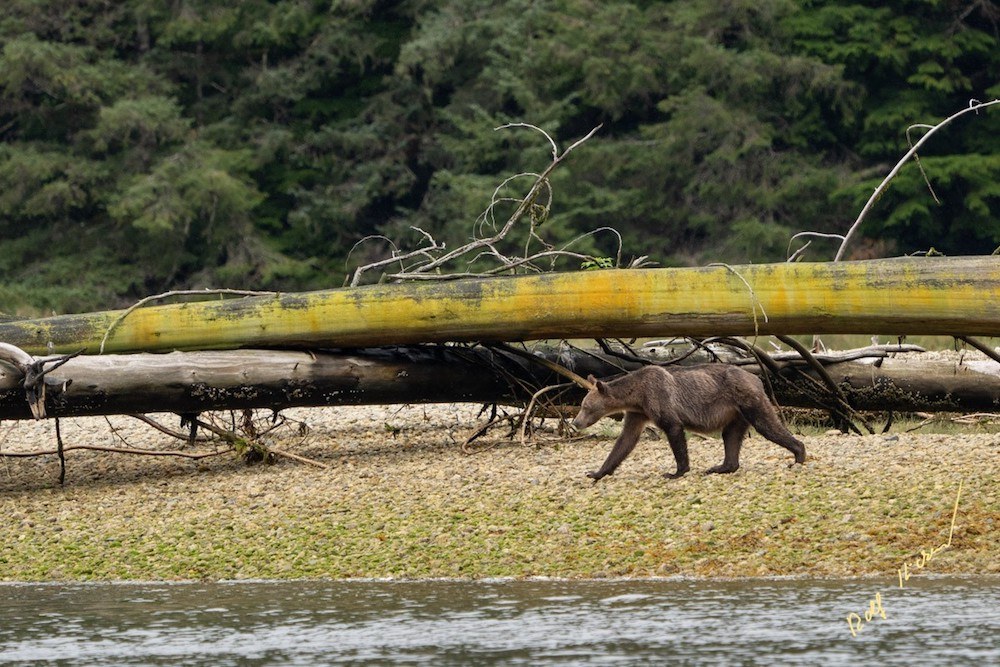 Hicker said there was some temporary relief for the grizzly bears when the local Mamalilikulla First Nation stepped in with 500 donated salmon for the wild animals to eat.

Chief Councillor of the Mamalilikulla First Nation, Richard Sumner, said when he saw the upsetting pictures of the grizzlies starving, he coordinated to have the donated fish from a local hatchery delivered to the animals, “the bears were quite anxious to get eating.”

But soon after, Sumner said Fisheries and Oceans Canada (DFO) stepped in to shut the operation down.

The DFO told Daily Hive the fish came from an Excess Spawning to Salmon Requirements fishery at Quinsam hatchery — licences may be issued for salmon surpluses, but in this case, there was no further surplus of fish available.

Since the photos of the grizzlies appeared online, Sumner said he had a positive meeting with the province to discuss how they can all work together, and they’ll do so by sharing information and monitoring wildlife in the area.

The lack of fish in the area, Sumner said, comes down to a number of factors: overfishing, habitat destruction through logging, global warming, and fish farms that have been operating in the territories for more than 30 years, “so we don’t know the effects that that has had on the wild stocks as well.”

“All it’s gonna take is a couple of years with no fish and then we’ll have no bears,” Sumner said, “they can certainly eat other things but it doesn’t have the protein” to sustain the grizzlies over the winter.

Feeling a sense of urgency, Sumner said they’ll be working on bringing the wild salmon back with the British Columbia Salmon Restoration and Innovation Fund that was just announced this past summer. 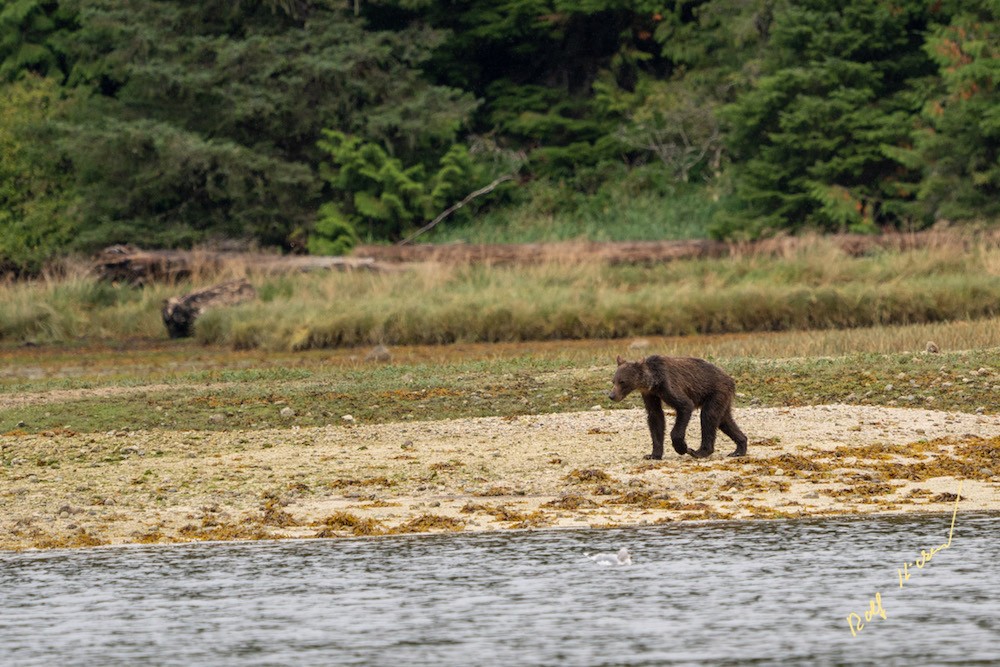 The BC Salmon Farmers Association said in a statement that “extensive science tells us that salmon farming does not have a negative impact on wild salmon populations as long as it is conducted responsibly, as we do, while recent reports have found climate change is the primary cause of challenges wild salmon face. We are passionate about B.C.’s wild salmon and grizzly bears. By producing a sustainable-raised alternative to eating wild salmon, salmon farming can be part of the solution.”

The province told Daily Hive that it’s not commenting on this story, however, provided a statement that the Conservation Officer Service is aware of the alleged feeding of bears in the Knight Inlet area, and the primary concern for the COS is public safety.

“The COS wants to ensure no one is putting themselves or others in immediate danger through this activity,” it said, “once bears learn to associate humans with food, it creates an extraordinary public safety risk.”

The Forests ministry said Provincial biologists can’t confirm why the bears appear to be in poor shape, “the number of bears on the coast are stable to increasing and this often means more competition for resources.”

It said “if salmon runs in the area are lower than expected, this will have an added effect and bears may have to travel further to find food,” adding “the history of the bear is not known. Age, teeth issues in older bears, injury, or an adult providing for cubs may also be contributing factors.”

The province is now reminding the public not to feed wildlife for their safety and the safety of the bears.

Hicker said he will continue to raise awareness about the challenges grizzly bears and salmon are facing in hopes action will be taken, “I just wish everybody would get over their politics involved in all of this and just see those images” come together “and help those bears.”