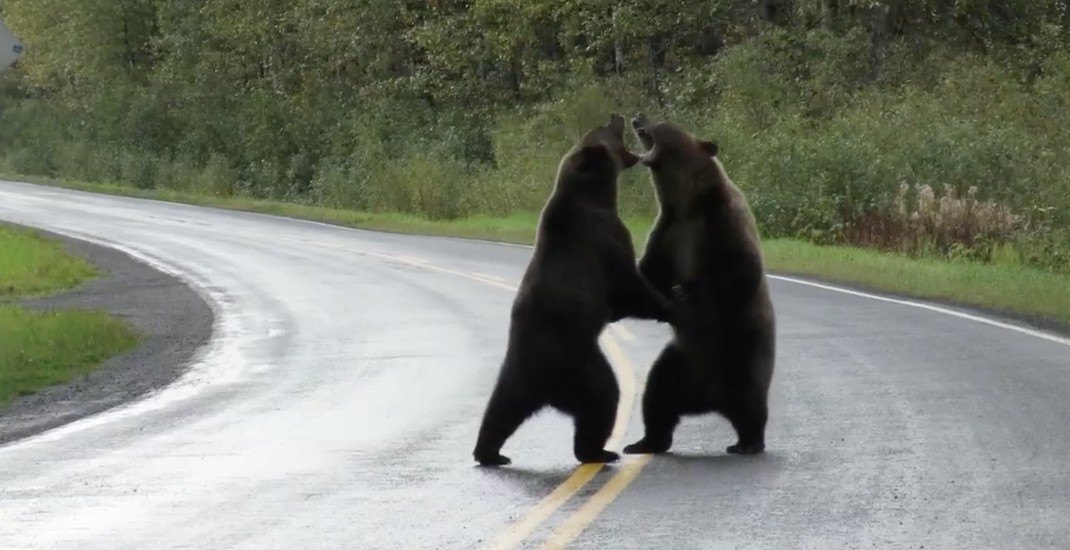 It’s not every day you come across two giant grizzly bears fighting, but that’s what happened to one woman who caught the amazing sight on camera in northern BC.

Cari McGillivray posted the video on Facebook on Friday.

“Don’t normally post on here but thought I’d share this incredibly rare and amazing moment with all you guys of these grizzlies fighting! Keep a sharp eye out for the little wolf that is observing them in the distance!” she wrote.

In the Facebook comments, McGillivray said she spotted the bears “on the Stewart Cassiar Highway between Stewart BC and Meziadin Junction.”

“This was by far one of my favourite wildlife encounters I have ever had!” she said in another comment.

Since it was first posted, the video has been shared over 24,000 times.