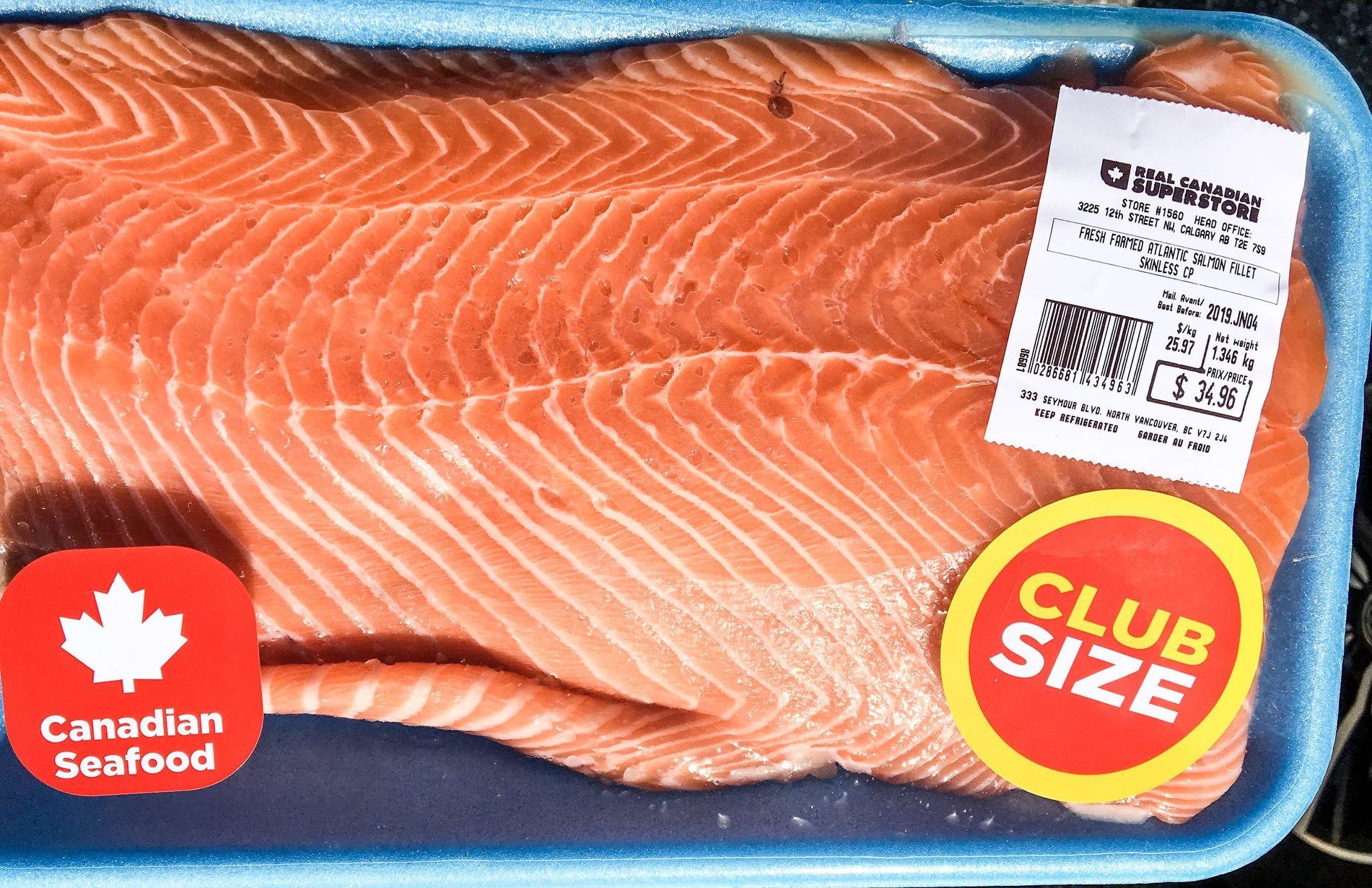 A biologist is raising concerns about fish farming in the province after she found a live sea louse on a packaged salmon filet in a North Vancouver Real Canadian Superstore on Friday.

Alexandra Morton said in a phone interview with Daily Hive Vancouver that when she went to the supermarket to purchase farm salmon for research, “I was looking over the packages to figure out which fish to buy for virus testing — I could not believe it, there was a large female sea louse on one of the fillets under the plastic and she was still moving around.”

Morton said this spring there has been a sea lice outbreak in the Clayoquot Sound area specifically, adding that fish farm companies there “can’t control their lice with drugs anymore and so they have a big problem with sea lice so they’re harvesting to try to get rid of the lice, they’re actually sending the fish for harvesting because they have so many lice in the farm, they don’t know what else to do.”

“When I see that the sea louse has survived all the way through the processing where they’ve gone and collected the fish, and they put it in a boat, then they’ve taken it to the processing plant… even took the skin off this fillet and that’s where the lice are normally attached is to the skin, and so what it suggested to me is that there were so many lice that they were, you know, basically crawling around on the cleaning table and this one jumped back on the fillet before the fillet moved on down the line,” Morton said.

Morton said wherever there is farm salmon being raised, sea lice get out of control, “and wild salmon are eaten to death by the lice.” 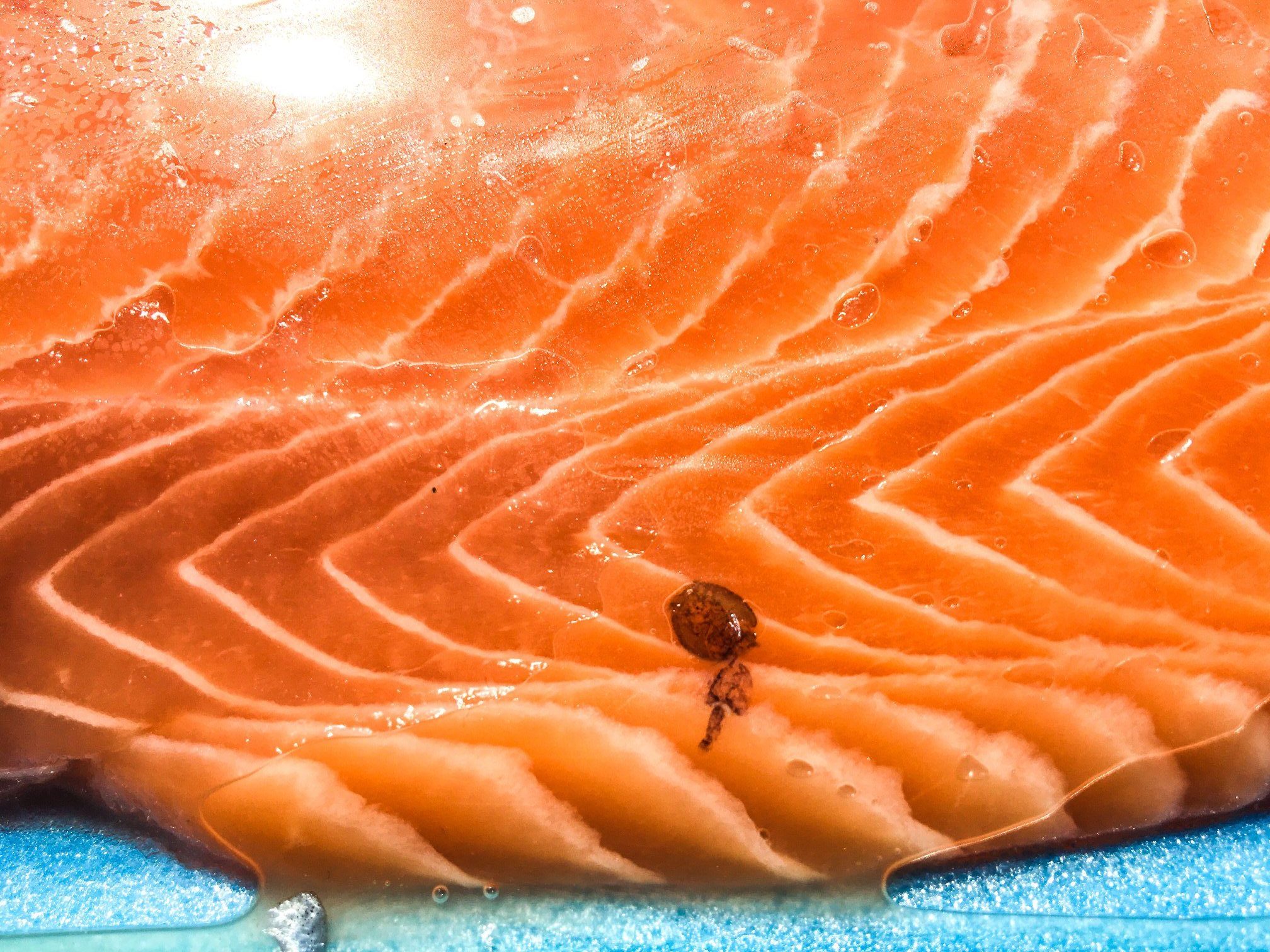 “These farms become, you know, basically a sea louse breeding ground and when the young wild salmon leave the rivers in the spring, they’re tiny, and some of them don’t even have scales,” Morton said. “So they’re basically naked, they have no armour and they go by these farms and there’s literally billions of larvae lice that are drifting out of these farms and they attack these young fish and eat them to death.”

Morton said after studying sea lice and fish farming, that it doesn’t take science “to look at these young wild fish and just notice that they’re just poked full of holes, they’re emaciated, lice are stuck to their eyeballs — you know, they’re just eating them to death.”

“My frustration with this is that the Canadian government allows this to keep happening as if we don’t need or want our wild salmon — this is a problem that has occurred everywhere in the world,” she said.

Morton says she is not blaming Superstore, or Loblaws, and says the responsibility lies squarely with the companies and Fisheries and Oceans Canada and the federal minister for “not controlling this problem.”

Daily Hive has reached out to the Department of Fisheries and Oceans for comment.

In an emailed statement, the Canadian Food Inspection Agency said: “(CFIA) would handle food complaints, however, to date, CFIA has not received any food complaints regarding farmed salmon sold in BC.  The Department of Fisheries and Oceans (DFO) is responsible for protecting wild fish and regulates aquaculture in BC.”

Loblaws Director of Public Relations Karen Gumbs said in an emailed statement that “We apologize to our customer for this less that positive experience with an item purchased at our store.”

“While sea lice is not harmful, this should have never happened.  We have inspected all product on shelf and this seems to be an isolated case.  We have also been in contact with our vendor to confirm our quality protocols.  Should Ms. Morton wish to discuss this matter with us, we encourage her to reach out to our customer service team.” 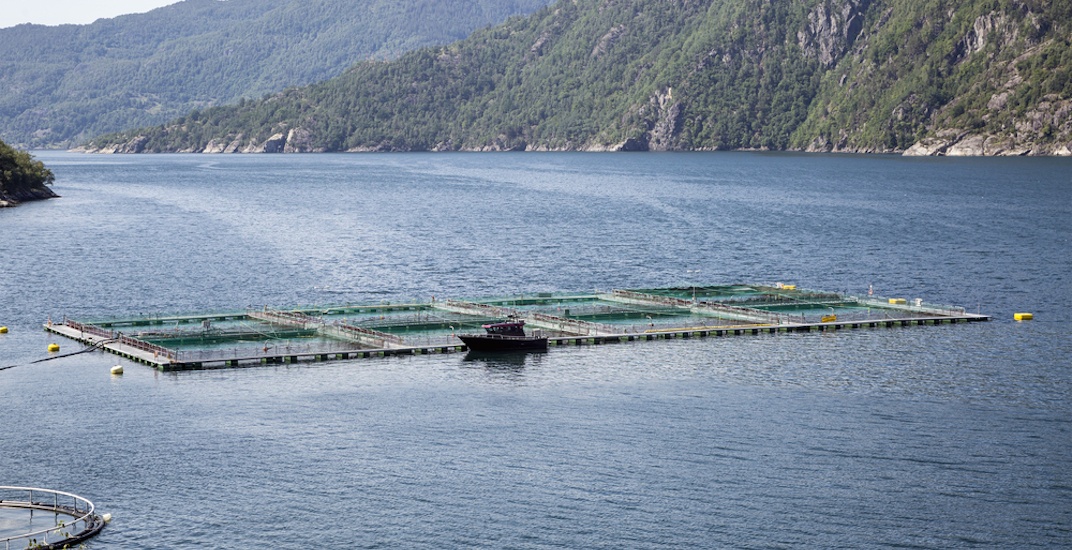 An example of a fish farm. (Shutterstock)

BC Salmon Farmers Association Spokesperson Sean Hall said it’s “highly unlikely” that sea lice would get through the processing of a fish from farm to store “because they’re handled at least four times and washed a couple of times in that process, so they’re moved from farm to boat and humanely euthanized in that process and put onto ice and washed and then they’re transported on that boat to a processing plant where they’re gutted and graded by a human,” adding then they are taken to a filleting plant, where they’re handled again, packed and shipped to the grocery store.

“This is the only incident that I’ve ever heard of where this has been alleged,” Hall said.

He said sea lice occur naturally in the ocean, and the Atlantic farm salmon spend their first half of their lives in a land-based hatchery, before they’re transported to the ocean.

Hall said sea lice levels aren’t particularly high this year along the coast, except in the Clayoquot Sound area, where he said salmon farmers have been taking action to manage the number of sea lice.

“Sea lice is actually an example of just how progressive and world class BC salmon farmers are because any farming operation, on land or in water, has challenges with some sort of pest and really the key is to manage that in a responsible way — so BC salmon farmers for the last 40 years have invested in ongoing research and development in processes and technologies to manage the levels of sea lice,” Hall said, adding also without using chemicals.”

Hall said salmon farming in BC is really important because it produces three quarters of the salmon harvested in the province each year and calls it a sustainable alternative to eating wild salmon — thus protecting wild salmon from overfishing.

Morton said salmon are a “keystone species” and valuable, “and so when you see sea lice make it all the way to Superstore, you know there’s a lot of lice and this problem is out of control and the government is just turning a blind eye to it and I wanted people to notice just how big this problem is.”