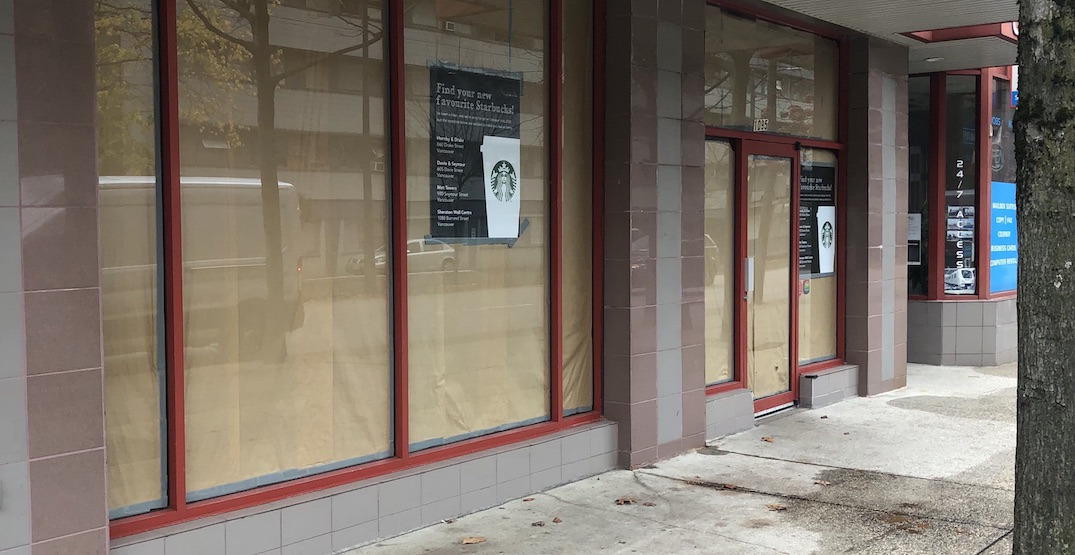 It’s not too surprising to see more of this company’s locations calling it quits, as Starbucks announced it would be closing up to 200 locations across Canada over the course of two years this past Spring.

Back in June, when the announcement was made, the brand told stakeholders the move was part of an overall “restructure” of the brand’s business in Canada, and some of the stores that close will be repositioned to store formats such as drive-thru, curbside delivery, and pick up.

The Howe Street Starbucks is the latest location Vancouver’s downtown residents have said goodbye to.