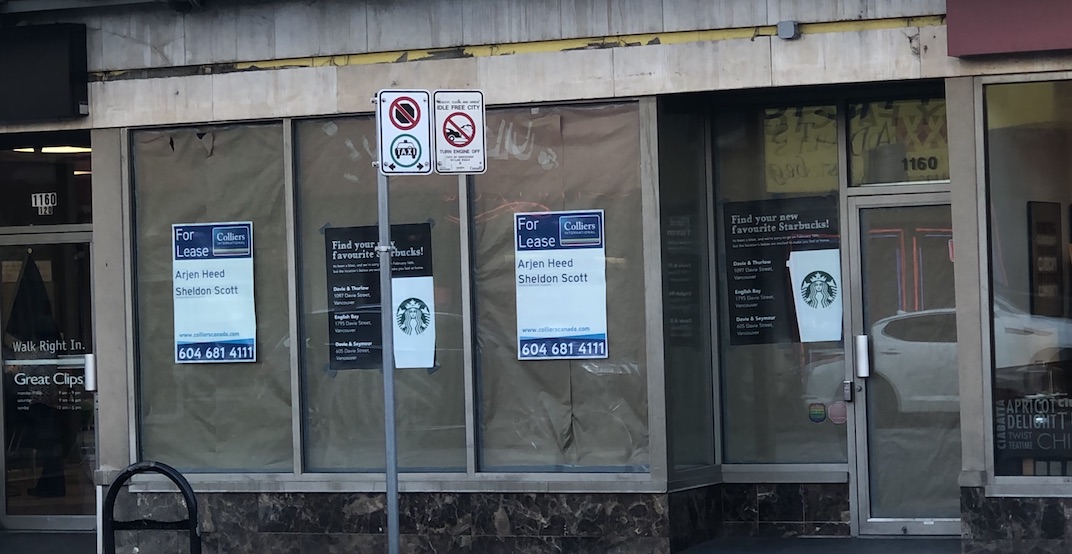 It looks like another Starbucks in Vancouver has quietly closed its doors.

The Davie Street closure comes just months after the brand’s 977 Mainland Street Yaletown location shut down (the one Ariana Grande made famous).

Signage on the now-closed coffee spot directs customers to head to one of the company’s three other locations in the area, including Davie and Thurlow, Davie and Seymour, and the Davie and Denman Street outpost in English Bay.

This isn’t the first notable Canadian Starbucks location that’s called it quits in recent memory, one of Calgary’s first-ever locations closed last fall and Toronto saw the closure of Cabbagetown’s only Starbucks last April as well.

Previous to the Davie Street closure, Starbucks Canada has told Daily Hive that “as a normal part of doing business, every year we open many new stores, we close some, and renovate/relocate a few others.”

Daily Hive reached out to Starbucks for more information regarding this closure, we did not receive comment back in time for publishing.